Bill Turnbull, 64, was on hand to join Good Morning Britain host Susanna Reid, 48, for the last time this week as he continued to fill in for regular star of the show, Piers Morgan, 54. The veteran presenter’s time on the ITV flagship news programme has been somewhat calm until today as he suffered a blunder which left the studio crew scrambling to help him.

The former BBC Breakfast star was sat alongside Susanna and news anchor Ranvir Singh, 42, when he explained the chaos which had just happened during the advertisement break at the start of the show.

Unfortunately, a comedy of errors had led the veteran presenter to lose his earpiece and as the instrumental equipment is fundamental to the gallery giving him directions, it was paramount the device was found.

Although viewers didn’t see this happen on screen, as Bill and his co-stars described the chaos which had ensued, footage of the mayhem played out.

Many members of the crew were forced to step in and help the three presenters try to find the earpiece before the programme went live once more. 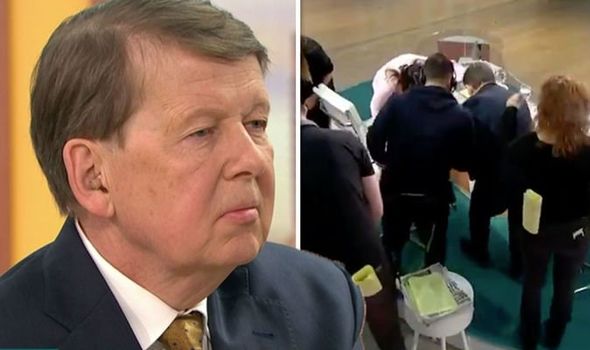 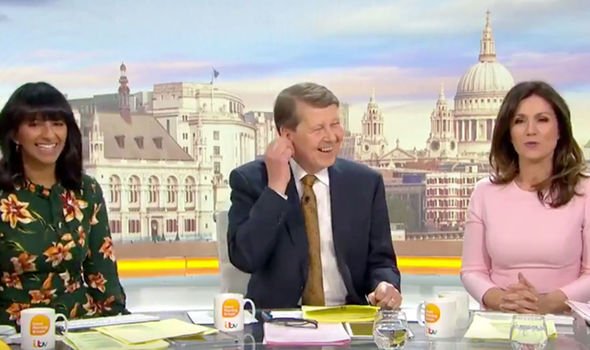 Susanna told viewers before the footage aired: “You know they call Wednesday ‘Hump Day’, Bill is really having one of those Wednesdays.”

Explaining the number of blunders Bill had become victim to, the host said to her co-host: “So, you’d forgotten to put your teeth in a little bit earlier and having trouble reading.”

The veteran presenter then took the reins as he added: “I haven’t got my contact lenses and I’m having to wear glasses and then my earpiece popped out and we can’t find it anywhere.”

As the chaos was shown, he continued: “So, the entire team, the thousands of people who work in this studio [came to help].” 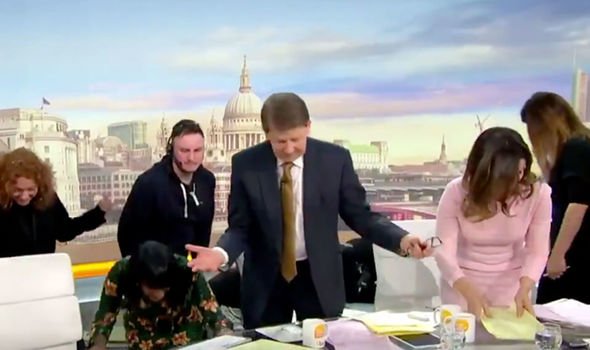 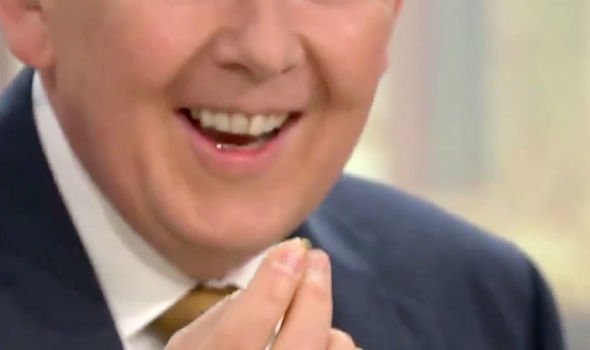 If you think we staged this, we absolutely did not

Assuring those watching at home this wasn’t a setup, Susanna added: “If you think we staged this, we absolutely did not.”

The live feed returned to the presenters at the desk as Ranvir then explained Bill was now wearing a replacement.

As he jokingly urged viewers to check at home to see if the earpiece had made its way into their homes, a crew member spotted the device.

Despite the disruption caused to find the piece of equipment, no one had noticed the earpiece was wedged between the papers the host had in front of him.

Although he was grateful for the find, the host now had a replacement in his ear and Bill gave his original earpiece back to the crew member.

Taking to Twitter, viewers commented on the hilarity of the chaos which ensued in the studio over the tiny earpiece.

One posted: “Brilliant. Can you keep Bill he is a joy to have on the telly xx.”

Since Monday, Bill has been keeping the seat warm for Piers, who is currently in America filming interviews for what seems to be a new series of Serial Killers with Piers Morgan.

Answering a fan on Twitter with regards to his return, the host replied: “No, back next Monday. I have to interview some mass murderers in Texas first.”

Good Morning Britain viewers have been overjoyed to have the former BBC Breakfast presenter fronting the show with his friend and former co-host, Susanna.

The pair presented the ITV news show’s rival programme together from 2001 to 2014 and this week is the first time they’ve been reunited to host something together.

'This Is Us' Spoilers: Lyric Ross Becomes Series Regular For Season 3, Lots More Of Deja On The Way