The last time Charlie Brooker’s depressing anthology series Black Mirror headed to the 1980s, we got one of the series’ best episodes in ‘San Junipero’.

And now the show is going back to the decade of big hair and shoulder pads for its fifth run, although things are looking slightly less colourful this time.

Residents of Croydon have posted on Twitter that they have been contacted by the Black Mirror production team to say the Netflix series will be filming there this week, while other fans have actually managed to take some snaps of an old-school looking WHSmith and Chelsea Girl (which is what River Island used to be called).

Further pictures give us a look inside the store, full of actual retro vinyl album sleeves and, more interestingly, a list of video games that are references to older episodes.

There’s ‘Roachbusters Red and Blue’, which is a reference to both the roaches in the episode ‘Men Against Fire’ and Pokémon. ‘White Bear’ and ‘Metl Hedd’ are episode titles, although the latter is spelt differently.

‘Valdack’s Revenge’ refers to the character in the ‘USS Callister’ and ‘Pig in a Poke’ is probably about the first ever episode, where the British Prime Minister… well, you know. 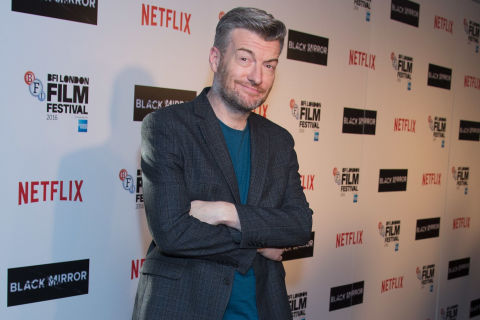 Just days ago, creator Charlie Brooker said they are filming one episode right now and another one imminently after, so maybe we’ll be getting our fix of more techno-gloom sooner than you’d expect.

Black Mirror seasons 1-4 are currently available to stream on Netflix.

The Mandalorian season 2: Is Boba Fett a clone?