Would a Belcher ever take things too far in an attempt to be perfect? Why yes, just ask Bob on Thanksgiving. In “A Fish Called Tina,” it’s Tina who completely loses it in Bob’s Burgers while trying to be perfect.

[Spoiler Alert: This article contains spoilers for the most recent episode of Bob’s Burgers.] 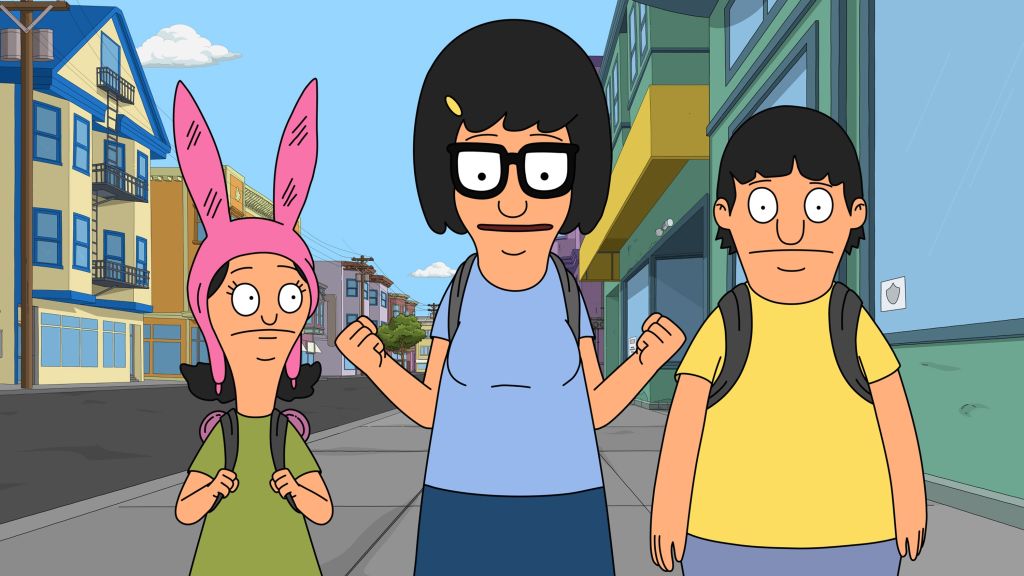 The main plot of the Bob’s Burgers episode centers around the big fish/little fish program at Wagstaff School. Every year, eighth graders get to mentor students in the fourth grade. Tina loved her big fish years ago, and can’t wait to be a big fish herself.

Louise meanwhile, gets assigned Tammy as her big fish. Because the two don’t want to be there, they expertly trick Mr. Frond into letting them leave. Regular Sized Rudy and Zeke are paired up, Jimmy Jr. is matched with a kid named Arnold, and Jocelyn is paired up with Louise’s classmate Harley.

Tina is paired up with a fourth grader named Kaylee. From the start, Tina is overenthusiastic, and smothers the hesitant Kaylee with attention. Kaylee’s apathy about Tina only causes Tina to spiral more. When Kaylee asks to be reassigned and becomes Zeke’s little fish, Tina is paired with Regular Sized Rudy.

Bob and Linda join a gym

In the side plot of the Bob’s Burgers episode, a gym moves in next door. Linda and Bob decide to give it a try. The two love working out, and their good moods last through dinner.

The next morning, the two of them wake up, completely unable to move. They are so sore from the gym it’s nearly impossible to get down the stairs. They decide to quit the gym, but are told they cannot cancel their contracts.

No person, or thing, is going to mess with Linda's kids. ?️‍♀️?

So, Bob and Linda show up to the gym with Teddy and do their best to be annoying to other potential customers. They are so annoying, the gym owner agrees to rip up their contracts.

Louise steps up in ‘Bob’s Burgers’

As regular viewers know, Bob’s Burgers is really all about family. The Belchers wholeheartedly love each other, and episodes usually end with the family coming together. Before getting around to helping Tina, Louise puts aside her feud with Tammy and helps the eighth grader trick her cousin that she is on a trip in the Caribbean.

She confides in her old big fish Madison from years before, and Madison tells her that she can’t force everything. Tina does not listen, and plans an elaborate ruse to try and win Kaylee over. It backfires, and ends with Tina covered in chili and soda.

This is when Louise steps up, literally. She stands up in front of all the eighth graders, fourth graders, and Gene pretending to be an eighth grader. Louise tells the students that Tina has been a great big fish for her for their entire lives. It doesn’t matter if Kaylee doesn’t click with her; it’s her loss.

The speech works as a distraction that lets Tina leave the room without letting everyone else realize she spilled chili and soda on herself. It also demonstrates once again how great the Belcher family is.