Home » TV & Movies » Boris Becker called his estranged wife ‘high-spirited and loud’ but says she'll get good money deal in divorce: inside the most honest and bitter showbiz break-up

But the 50-year-old German tennis ace has once again found himself on the cusp of a messy, bitter and very public divorce, which is at risk of being repossessed to pay off some of Boris' debts. 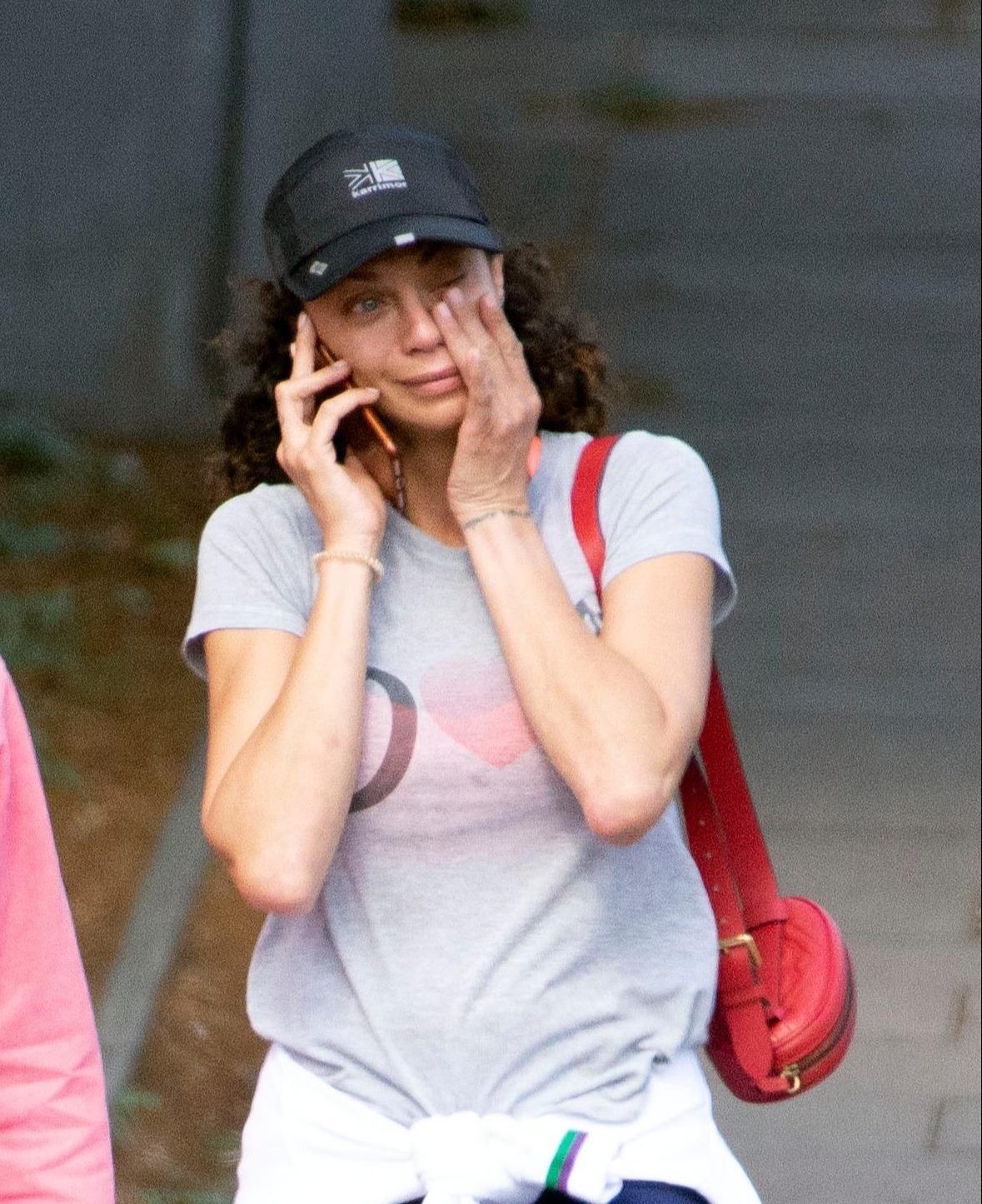 While high-profile marriage breakdowns often play out behind closed doors, with both parties keeping their animosity under wraps, Boris and his estranged wife Lilly have talked very candidly about each other.

The couple announced their spilt in May after nine years together, following Boris being declared bankrupt and Lilly turning to the bottle.

But this week the battle has taken a particularly unpleasant turn as cops were once again called to his £5m London home, following an "ongoing civil dispute" while Lilly tried to move out.

This is the second time they've needed police assistance within a few weeks, after Boris rang them when Lilly allegedly ripped photos of them off the walls of their Wimbledon mansion. 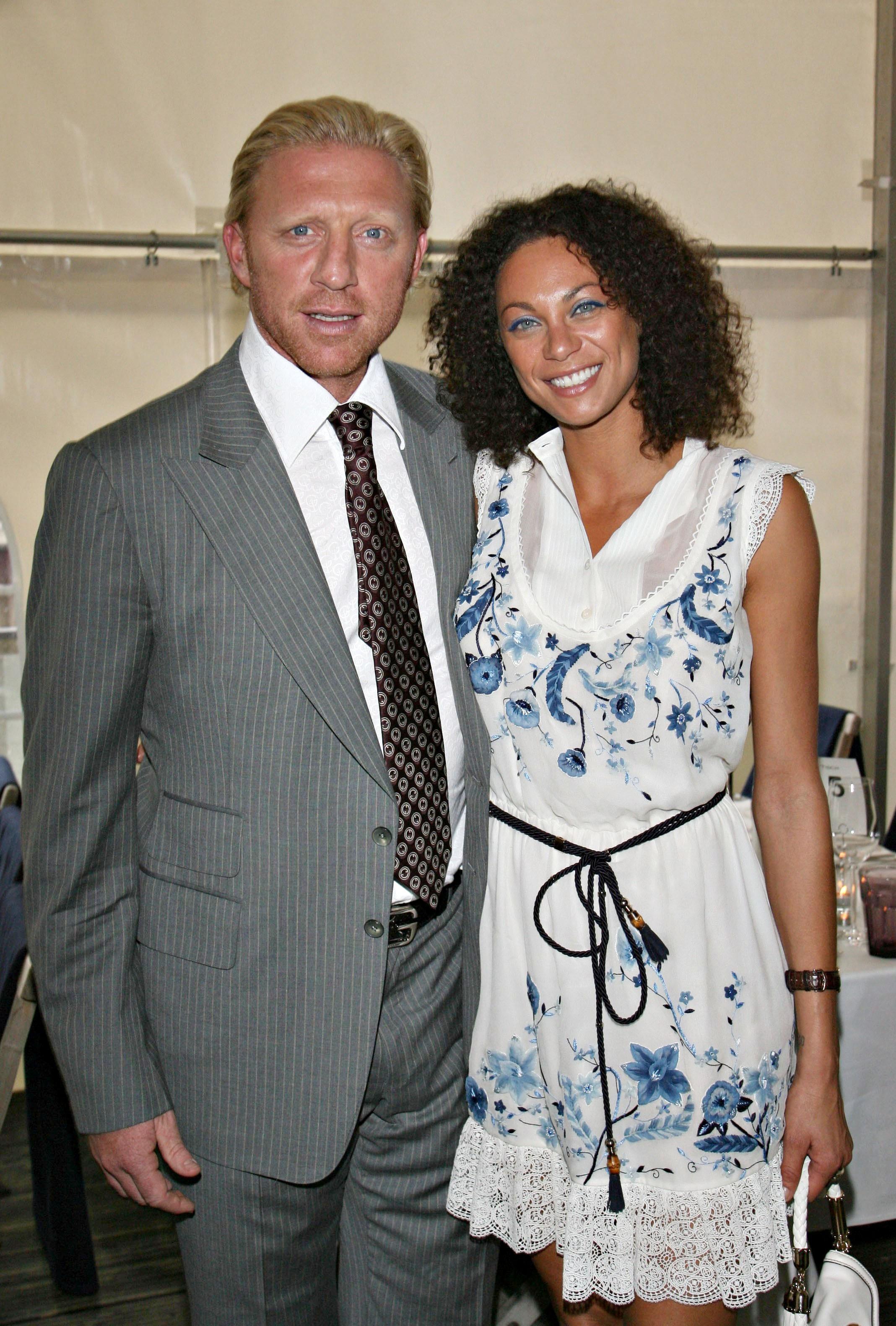 Now, the former model has hit out at the family nanny, accusing her of spying for Boris and handing over recordings of conversations, while Boris told a German TV show this week: "I have a high-spirited woman, and things can get loud".

The familiar sight of police at the front door is just the latest shameful incident in a break-up which is threatening to spiral into a nightmarish public feud… no matter how "amicable" Lilly's lawyer has claimed it is.

But despite all of this, the former tennis pro has said Lilly will get a good deal when it comes to divorce. 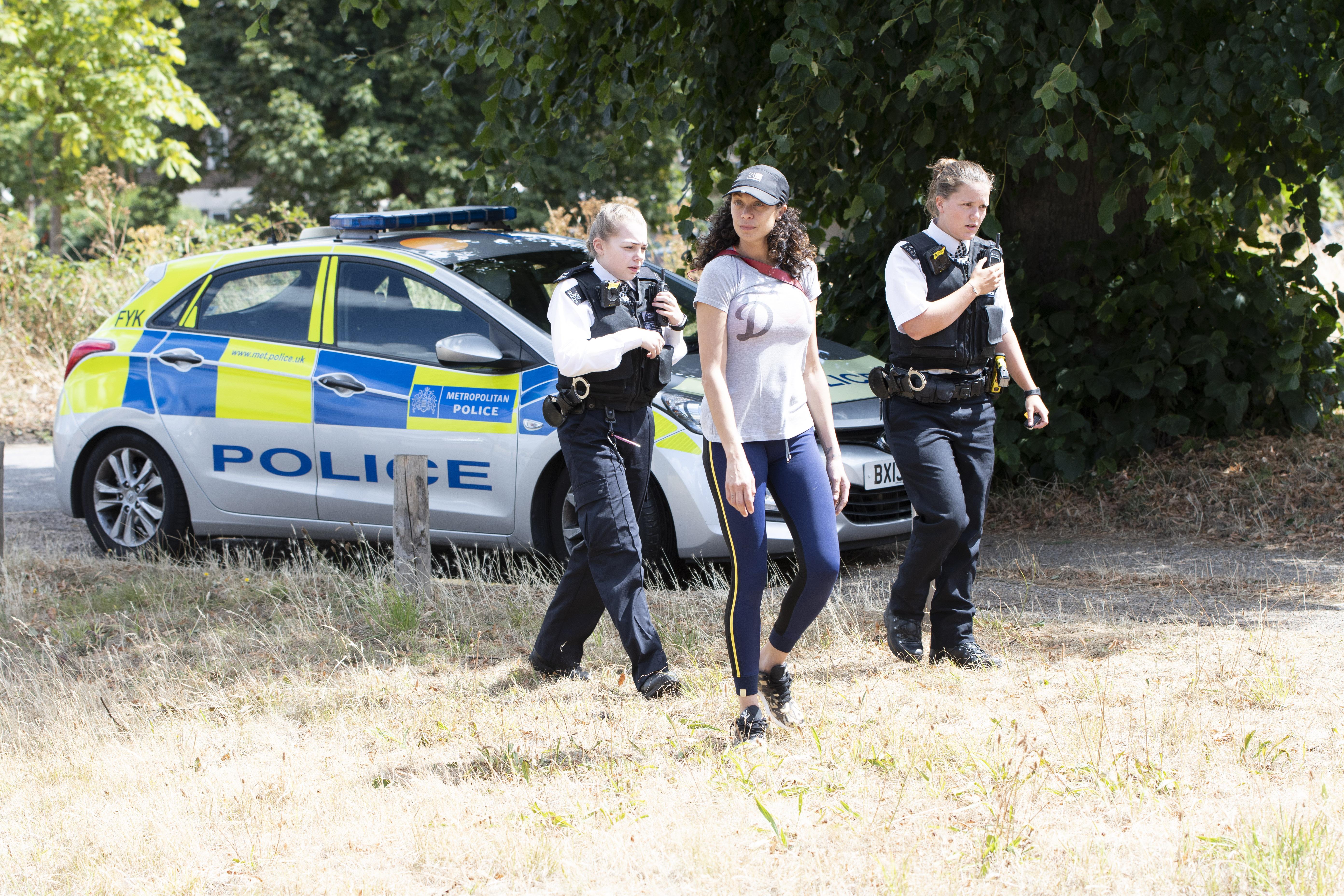 "It is always a pity, it hurts, it's unpleasant. Especially when you have a little son," Boris said.

"The glimmer of hope is that we behave fairly towards our son. That one does not simply mark the 13 years as if nothing has happened."

He refused to comment on his financial woes – his house is currently at risk of being repossessed because of mounting debts – but suggested that Lilly would receive a substantial amount from the split.

"Of course divorce is about money, but I will take care of my son Amadeus as well as my other children. And my wife will certainly get away well," he added.

"But everything has to be fair, and I can only pay what I have – perhaps not as much as I had ten years ago."

Yet it wasn't always this acrimonious. 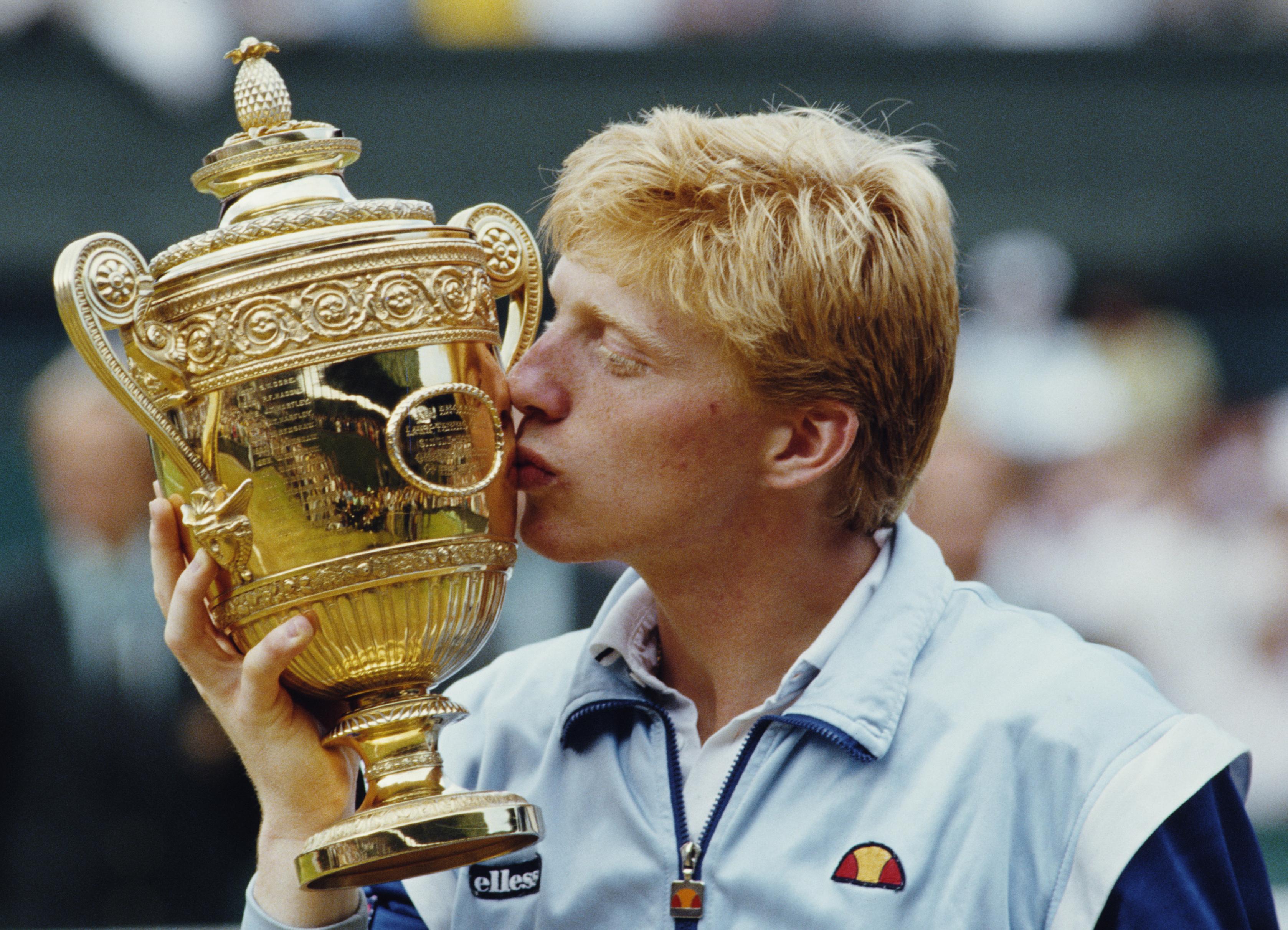 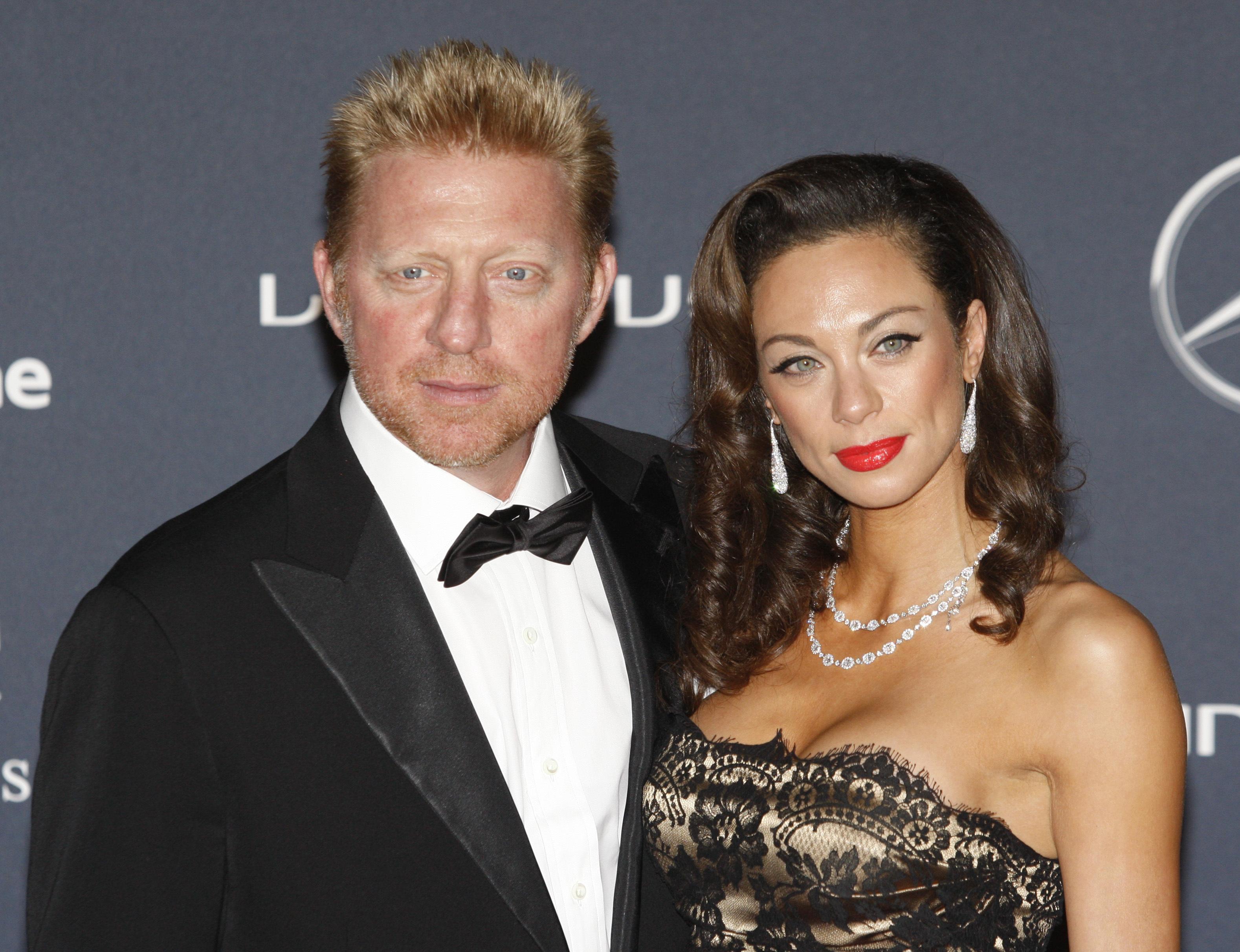 Model Lilly, full name Sharlely Becker-Kerssenberg, married Boris in Switzerland in 2009, back when the former sportsman's financial situation wasn't quite so dire.

Until last year their relationship looked rosy, but the famous pair's romance began to wilt as Boris declared bankruptcy – sparking a change in his mood which Lilly found hard to cope with. 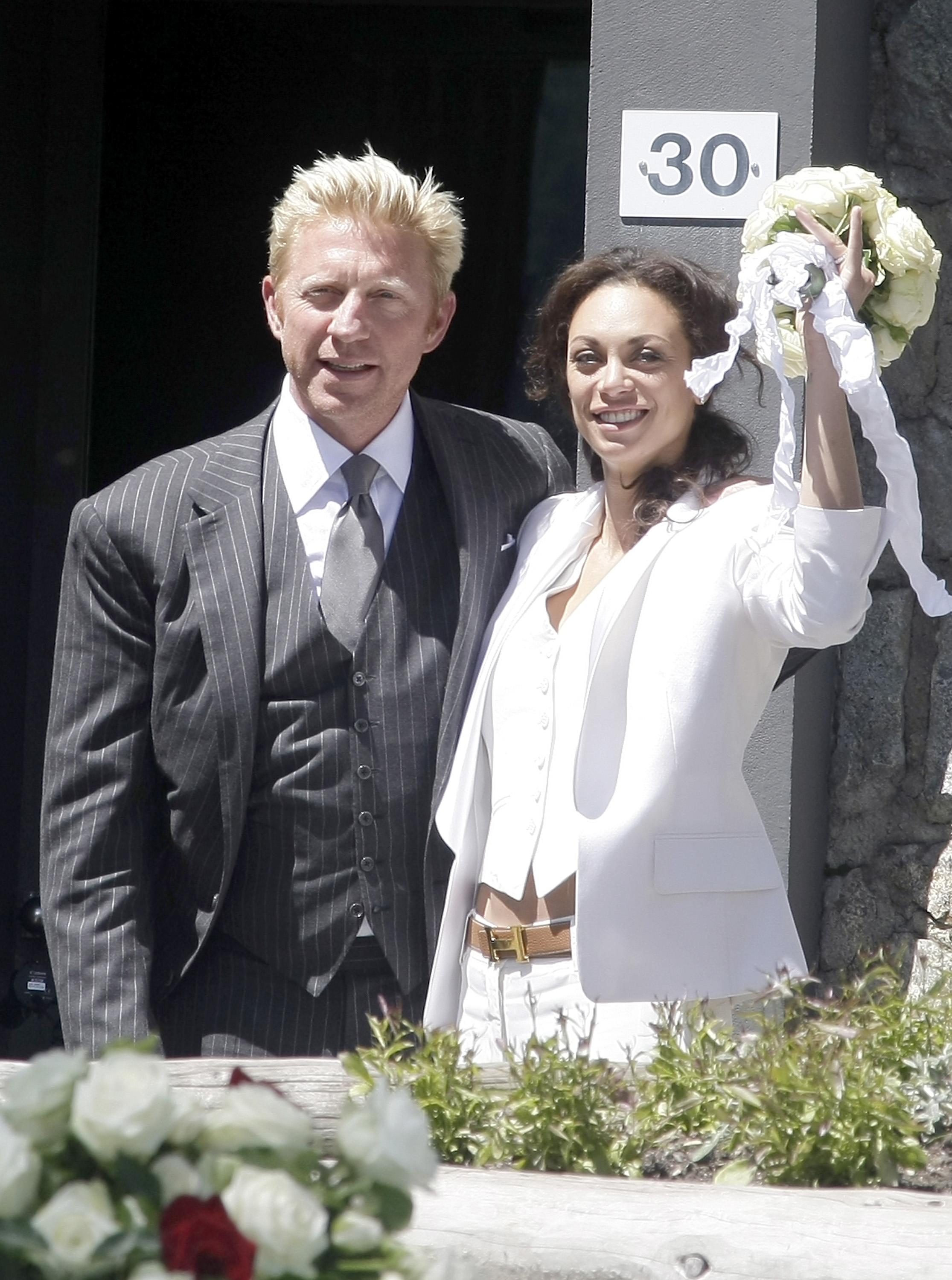 Fling, love child and the start of Boris' money woes

At the height of his career, the three-time Wimbledon winner had amassed a £48m fortune in prize money and sponsorships, with claims that his total wealth could be just shy of the £100m mark.

However, Boris's famous 2009 tryst with Russian model Angela Ermokova would leave a shameful dent in his reputation and his fortune.

His pregnant first wife, Barbara Feltus, demanded a separation when she found out he had sex with the model at Park Lane's Nobu restaurant.

Angela also ended up pregnant after the encounter – and the paternity suit for Boris' daughter, now 18, cost him £2m.

Meanwhile, the ensuing divorce cost Boris £11m in cash, as well as his main family home in Miami and a further £2m in legal fees.

Mental anguish of being in the red

Facing millions in tax bills and unpaid fees to contractors and a business partner, Boris had to flog his Spanish villa in 2012 to pay it all off.

But it wasn't enough, and in 2017 the former star – who had been the fifth highest on-court earner in tennis history – was declared bankrupt. 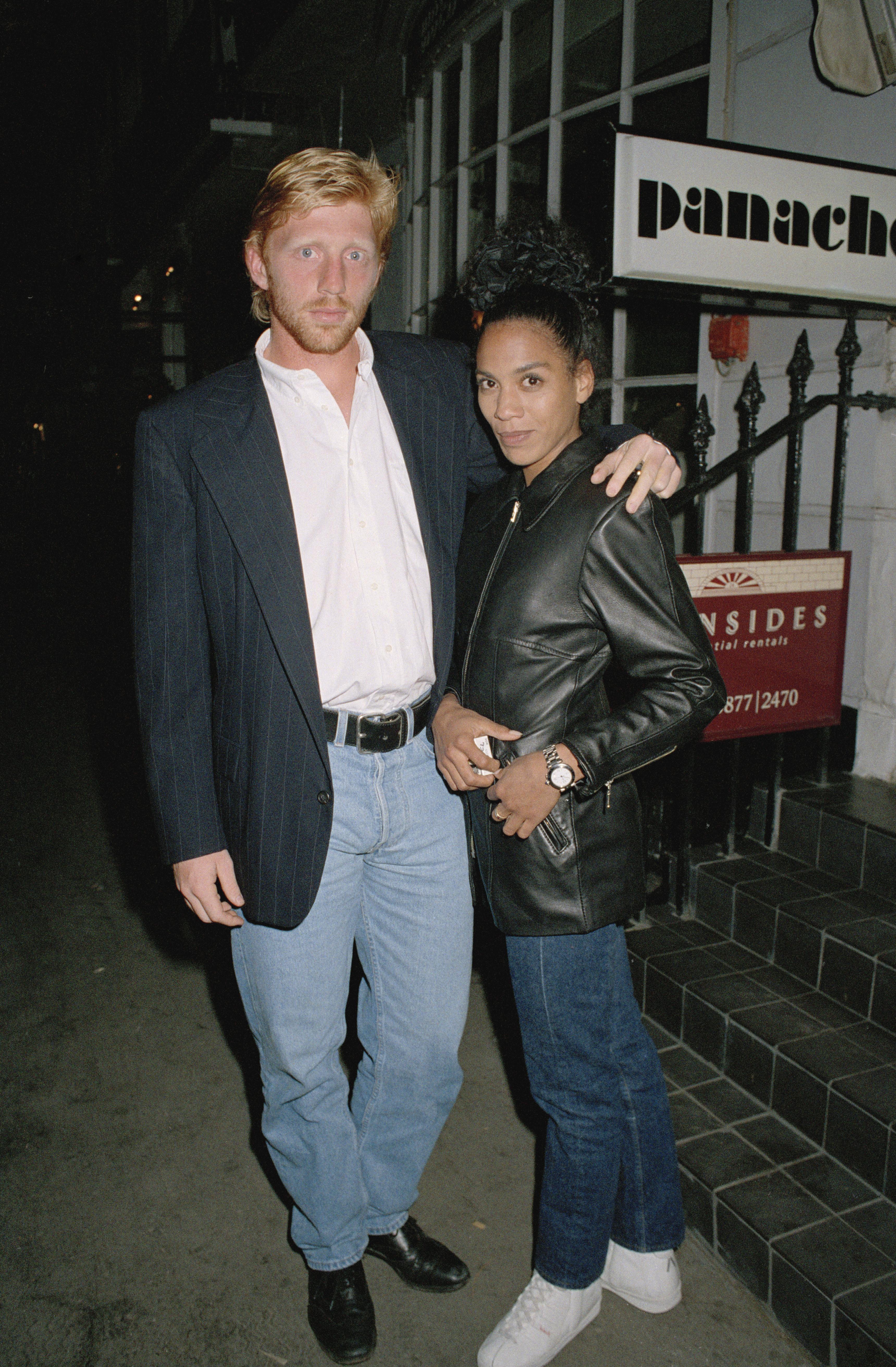 Lilly vowed to stand by him, but the emotional strain proved hard to bear.

Months passed without Lilly and Boris being seen together, and the Daily Mail reports that the split is down to the "negativity" which has consumed Boris in recent months.

Friends reportedly said: “He has become morose and a bit of an old man. It was 'night and day' compared to what he was like when Lilly met him, and she wanted out." Earlier this year, Lilly revealed how far the stress pushed her, saying she was driven to drink as her husband was crushed under a mountain of debt.

"I’ve had a rough year," she told the Daily Mail. "At first, I let go completely — in every way. Too much drinking, too much smoking, too much going out and not caring. I thought: my life sucks and I’m going to die.

"I turned to vodka. I was smoking a pack a day. Boris was going through a bad time in his way, so he didn’t notice. We disconnected and went our own ways."

After a while, Lilly realised her boozing was taking its toll. She ditched the vodka and late nights, but it served as a clear sign that something was very wrong.

She added: “We did couples’ therapy. It was something we never thought we would have to do. It helped. We did an hour a day for five days a week. It was nice to have the input from someone on the outside who doesn’t know you and isn’t biased.” 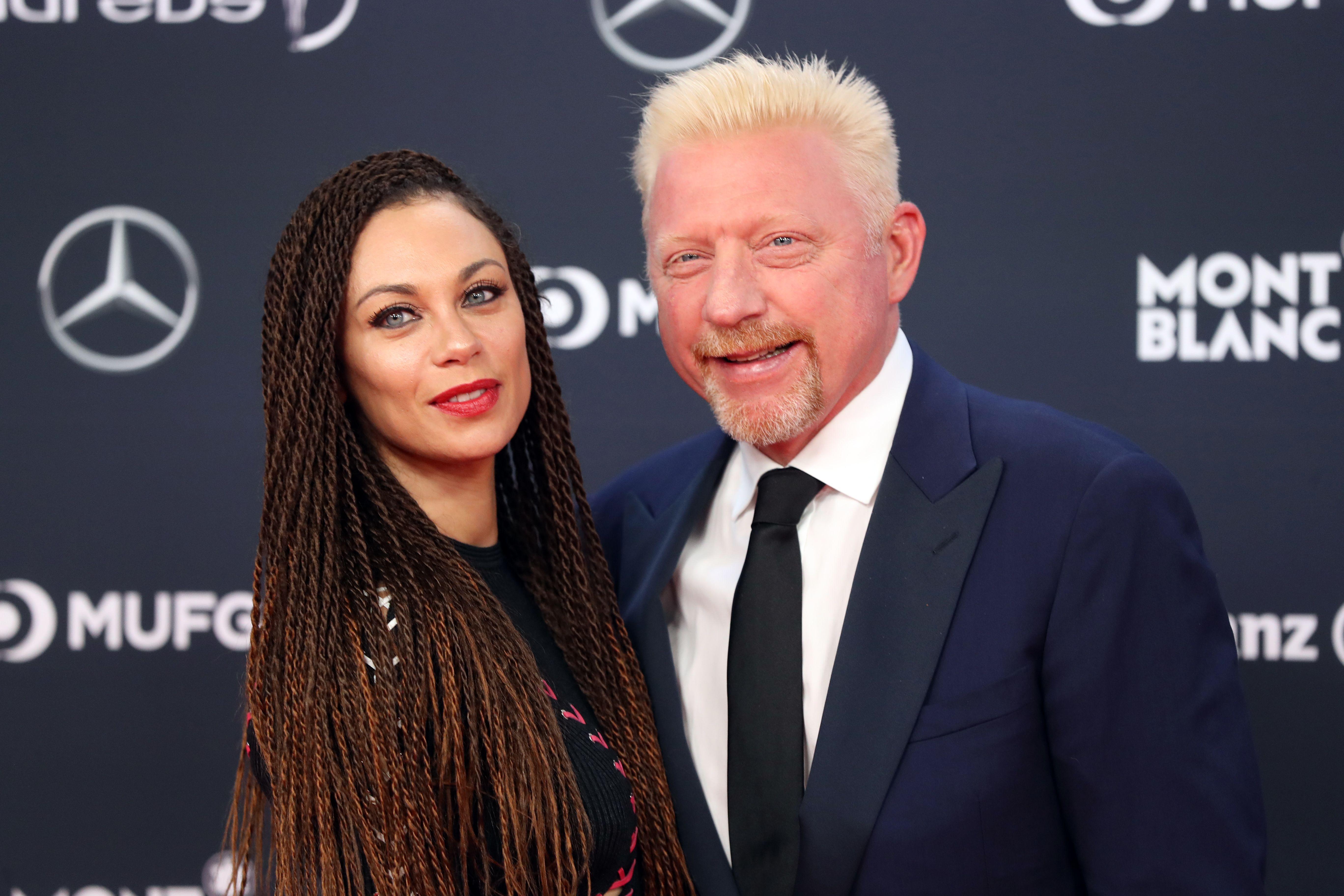 Lilly has recently been battling serious health problems, which can only have exacerbated the stress of Boris' financial woes.

When things were still going well, the pair had hoped to have another baby, but nothing happened.

Then Lilly started getting cramps so bad she couldn't walk, and eventually collapsed from the pain while she was at home.

This led her to a gynaecologist, who diagnosed with endometriosis and discovered a cyst which had to be removed.

After a successful operation last year, Lilly is doing well. Her relationship, however, looks like it's at the Do Not Resuscitate stage. 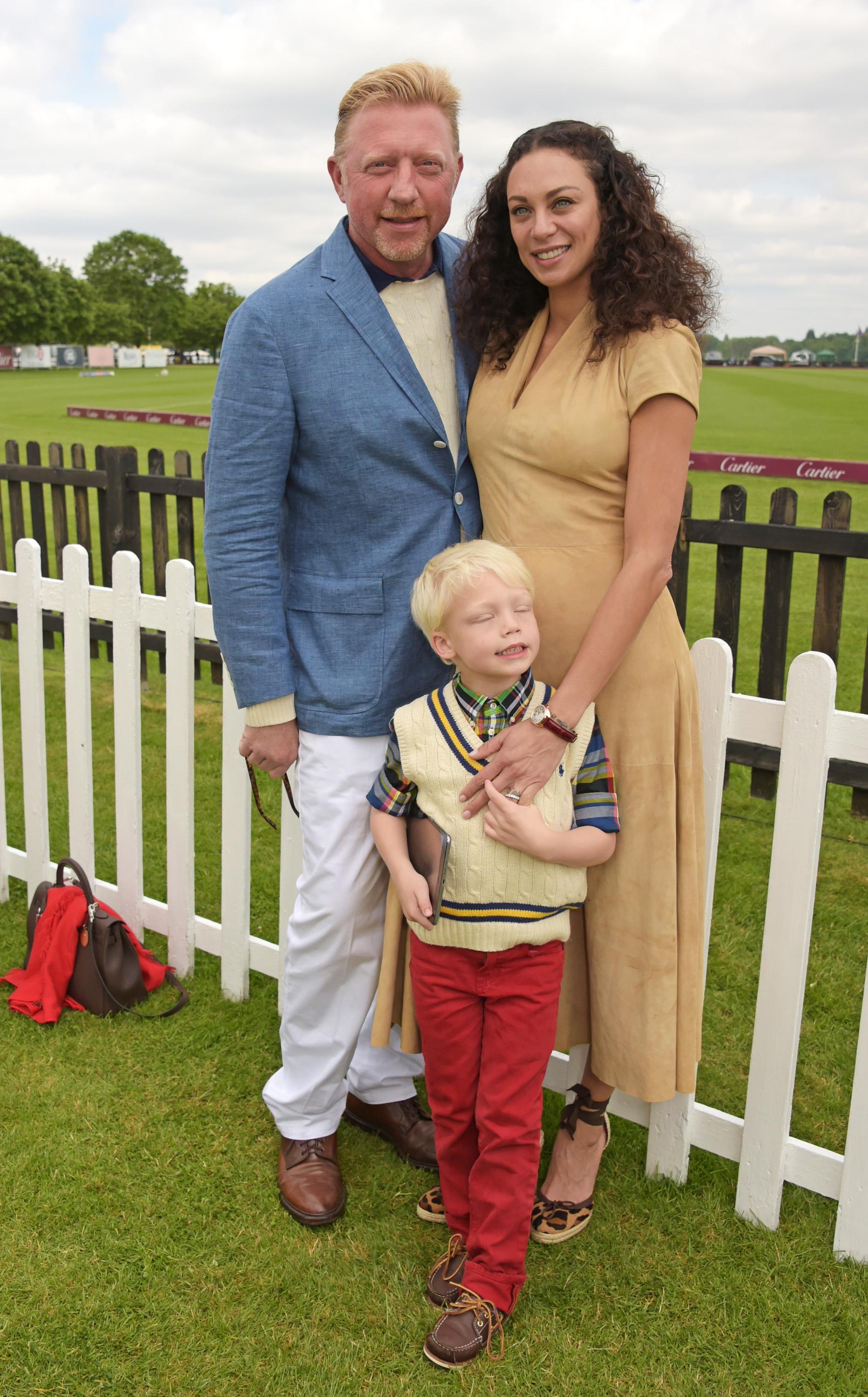 Lilly had been spending more time in her native Netherlands before the bankruptcy, and friends say the marriage was in trouble before then.

In March last year the pair started going to relationship therapy in a desperate, last-ditch bid to save the marriage.

Lilly said: "It was something we never thought we would have to do. It helped.

"We did an hour a day for five days a week. It was nice to have the input from someone on the outside who doesn’t know you and isn’t biased."

However, the cracks in their relationship ran too deep, and before long the distance between the pair grew once more. 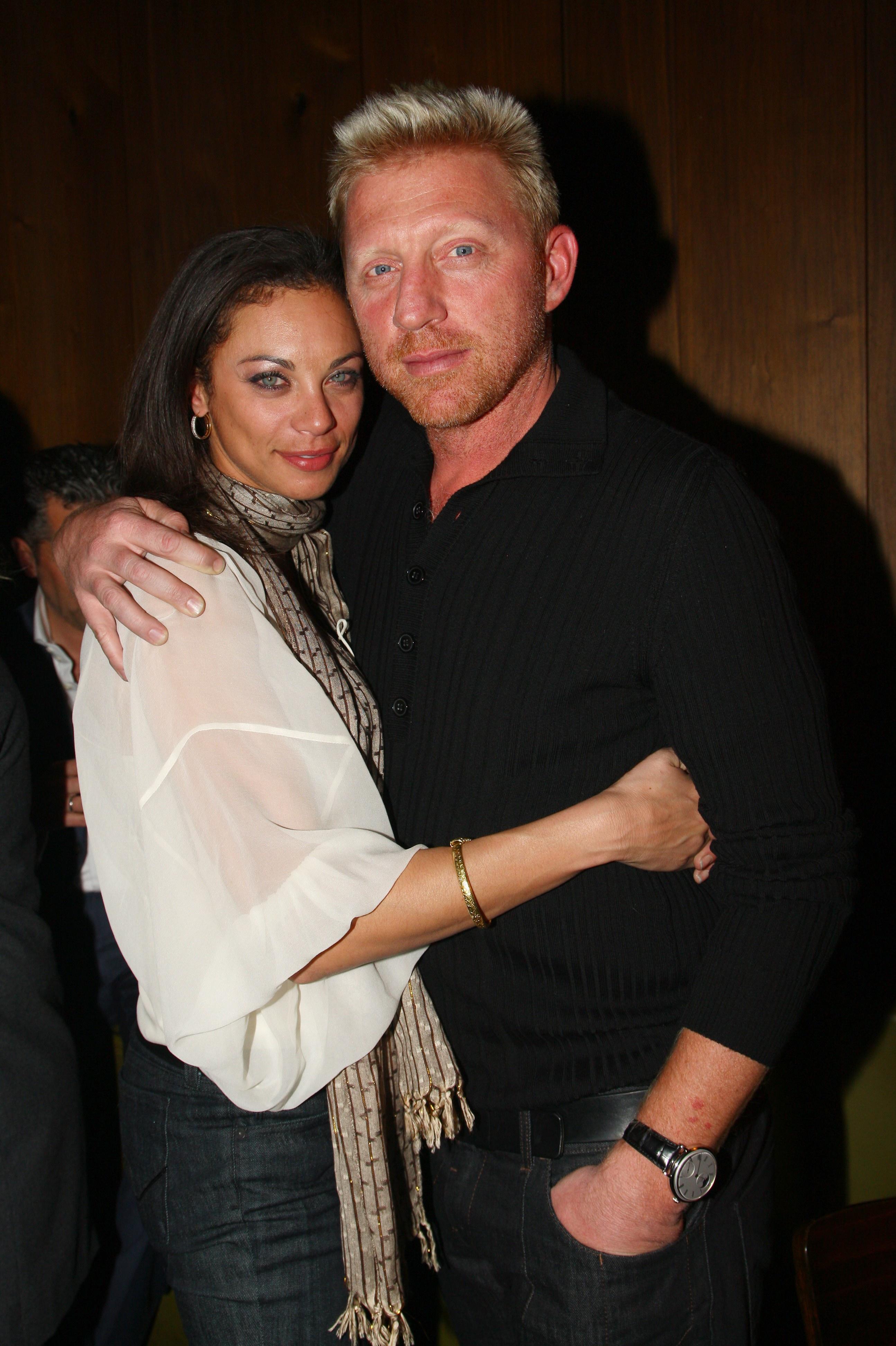 After his wedding to Lilly, Boris offered some sage and self-aware words of wisdom: “There comes a time in every man’s life when he needs to settle down,” he said. “In my case, again.”

Perhaps the three-time Wimbledon winner will find that it's third time lucky with marriages too.

Germany: Two killed as van drives into crowd in Muenster