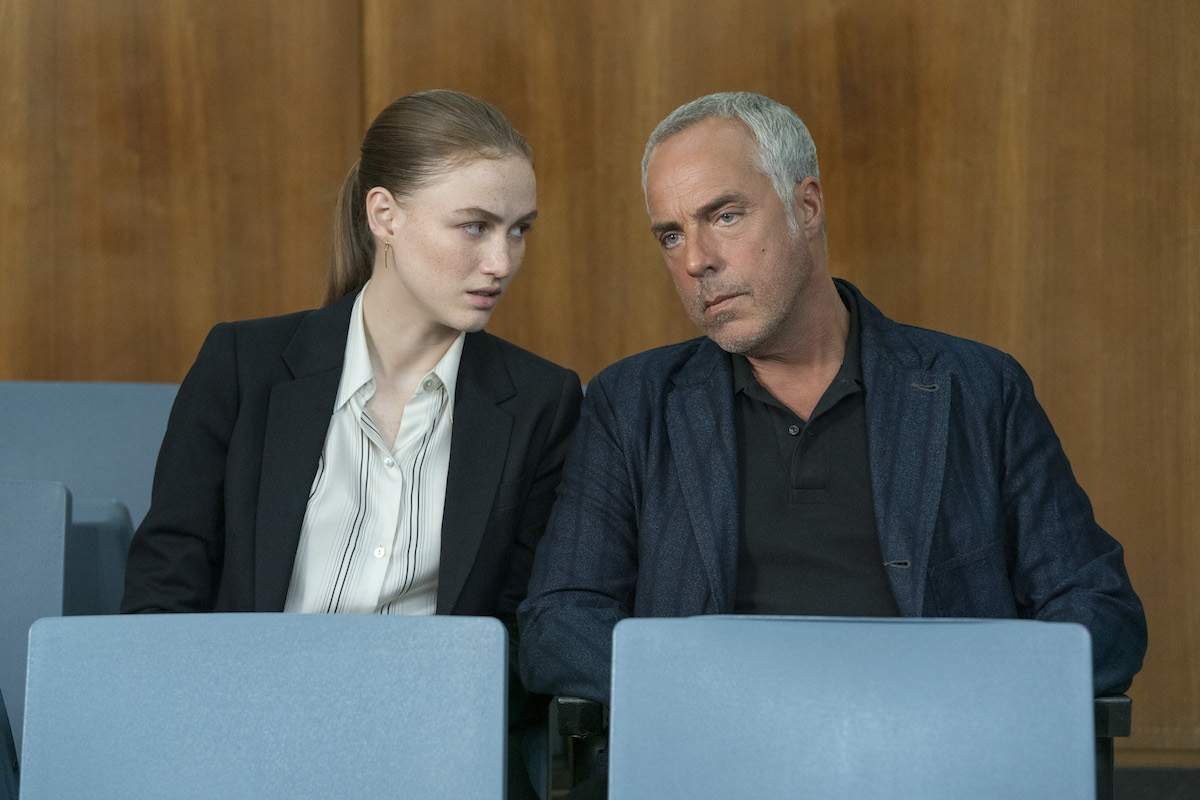 A synopsis from IMDb TV offers more details about what to expect from the next chapter in Harry Bosch’s story. Now working as a private investigator, Harry’s first job sees him called to the estate of sickly billionaire Whitney Vance (William Devane). Per the description:

Bosch is tasked with finding Vance’s only potential heir. Along the way, Bosch finds himself clashing with powerful figures who have a vested interest in the heir not being found. Researching the family tree, he uncovers shocking revelations that span generations, all while billions of dollars remain on the line. Without the badge and a preference for old-school tactics, Bosch finds an invaluable resource in Maurice “Mo” Bassi, a tech-forward gadget whiz who also shares Bosch’s fondness for smooth jazz and commitment to justice.

Meanwhile, Maddie is a newly-minted LAPD patrol officer paired with no-nonsense training officer Reina Vasquez. As she works the streets of L.A., Maddie, who hopes to follow in her dad’s footsteps, has to decide what kind of cop she wants to be.

Meghan King: My Marriage to Ex Jim Edmonds Was 'Embarrassing'

What time is Boris Johnson’s coronavirus address to the nation tonight? – The Sun

Samsung Galaxy alert: Download new Android update NOW or your phone could be at risk