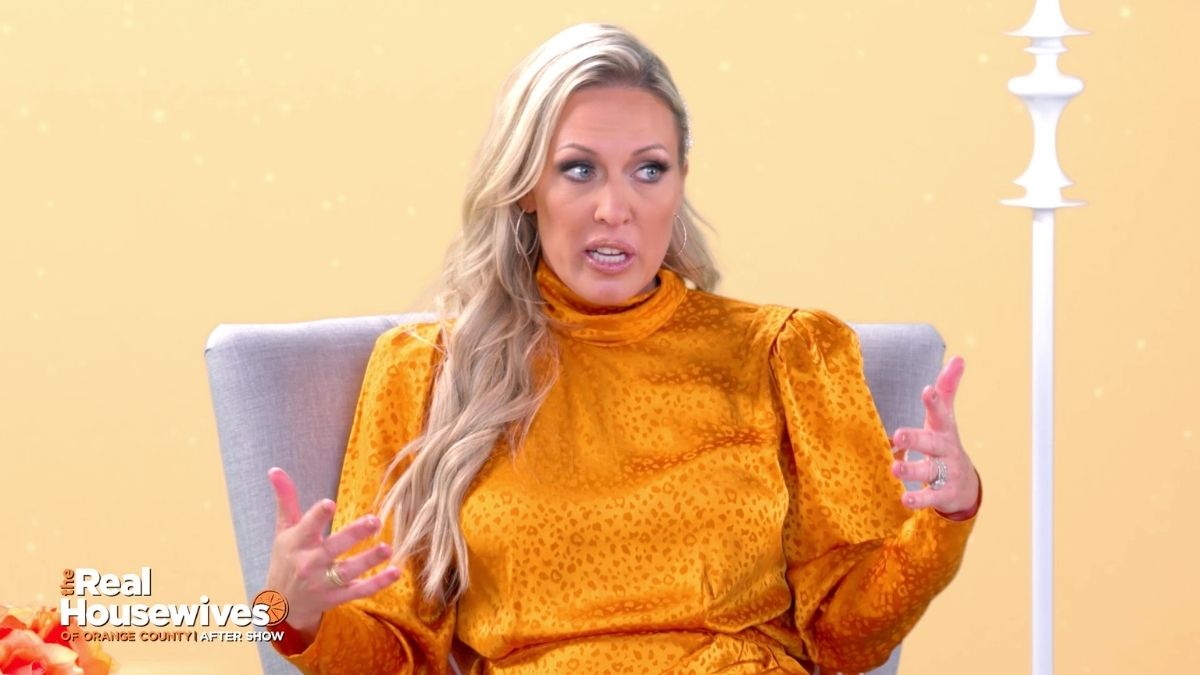 We’ve only seen one episode of Real Housewives of Orange County Season 15.

However, it seems that newbie, Braunwyn Windham Burke will be at the center of the controversy with major storylines this season.

Lots of rumors have been circulating about the second season alum, including one about a split from husband Sean Burke.

During her first stint on the show, the RHOC housewife was very honest about past issues in her marriage.

She shared that at one point, they had split due to infidelity issues but during the show, the couple was very much together– while admitting to having an unconventional marriage.

Her fellow RHOC cast members were shocked when Braunwyn shared that she and Sean sometimes engaged in threesomes.

But spicing up their marriage by bringing other people into it may not be enough to keep the couple together as the rumor mill continues to run rampant that the two have split!

Braunwyn says Sean is not living in their home

After much speculation, the 42-year-old recently sat down with Entertainment Tonight to set the record straight about her marriage.

During a segment called OC Closet Confession, the eagle-eyed host Lauren Zima noticed that the stunning walk-in closet was filled with only Braunwyn’s clothes.

“Is any man living in this home right now?” asked Lauren.

“No,” replied the RHOC alum with a sly smile.

“Because?” pressed the ET host, but Braunwyn remained mum.

“So, your husband’s not living here right now?” continued Lauren.

To which the mom-of-seven finally blurted out. “No, he’s not. He’s not living here right now.”

Braunwyn talks about ‘redefining’ her marriage

After admitting to the fact that Sean is no longer living in their home, the reality TV personality went on to explain that this new arrangement is working out just fine for them both.

“Love him dearly,” Braunwyn shared. “We haven’t gotten along this well in a long time.”

The Orange County housewife has never been one to shy away from opening up about the good, the bad, and the ugly parts of her relationship.

And that’s exactly what she did while dishing to the media outlet–admitting that she and husband Sean are not following the traditional rules of marriage.

While rocking a short blonde cut, the second season alum was all smiles as she talked about her unconventional marriage.

Hey, who are we to judge, right?

The Real Housewives of Orange County airs Wednesdays at 9/8c on Bravo.

If You Love Your Partner But Need More Emotionally, You’ll Relate To These 12 Stories

From MySpace to the Streets of Lagos