Home » TV & Movies » Breeders season 2 release date: Will there be another series of Breeders?

Breeders starring Martin Freeman and Daisy Hadid began on Sky One at the beginning of last month and became a hit with viewers. Telling the true story of parenting, the comedy series is an honest portrayal of what life is really like juggling the usual stresses of life as well as looking after their children. The show, however, took a dark turn at the end of the first season.

Paul (played by Martin Freeman) and Ally (Daisy Haggard) have two children Luke and Ava who can both be stubborn and stressful most of the time.
On top of this, the couple have both their difficult parents to attend to, mortgage troubles and their full-time careers to think about.
During the series, Paul and Ally finally decide to get married but shortly after the wedding, Ally has to go to Berlin for work, leaving Paul to look after the children by himself. 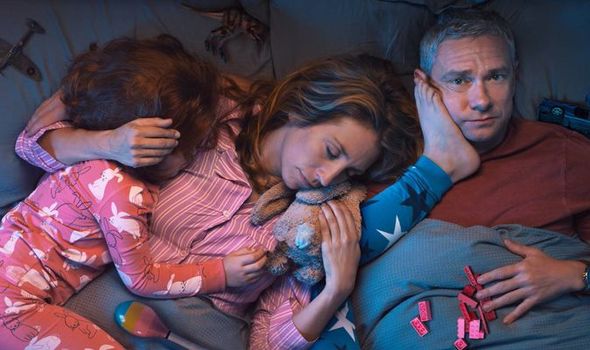 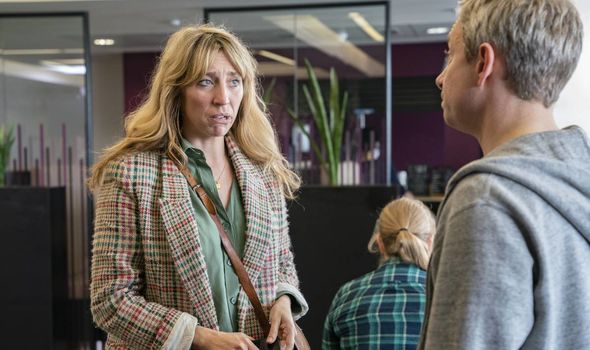 Everything goes wrong when Luke is taken ill and is diagnosed with encephalitis.
Ally rushes back home to see her ill son who has to be put in a coma temporarily so he can receive the treatment he needs.
Paul prays for his son to get better and promises to stop shouting and getting so worked up whenever the children misbehave.
Thankfully, Luke does recover and is allowed to return home, but Ally is forced to go back to Berlin where she must stay for the foreseeable or her company would go under.
This means Paul is not allowed to take the job offered by his friend as he needs to look after Luke and Ava.
His promise to never get so angry at them again is short-lived though as he screams at them again when they fight over a toy.
Breeders ends with Paul seeking help through therapy for his anger issues. 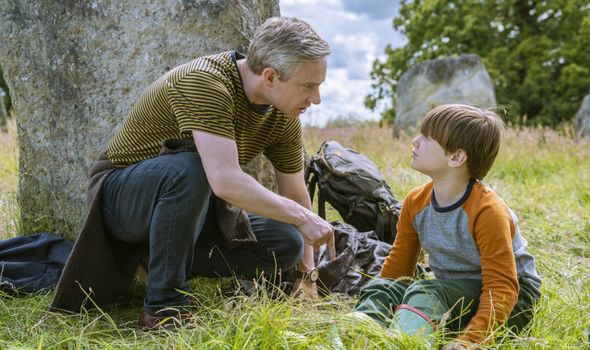 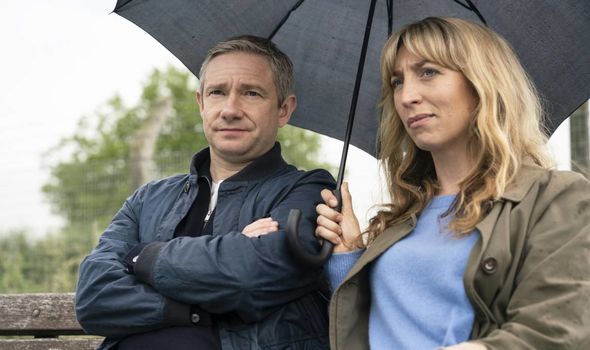 Will there be another series of Breeders?

So far, FX, the network which produced Breeders, has not yet announced if there is going to be a second series of the comedy.
This means for now at least, Breeders has come to an end with just one season.
However, the show has just finished on Sky One this week so may be too soon for the makers of Breeders to decide if it should be renewed or cancelled.
When it comes to making a decision on the future of a show, channels look at both the number of viewers and the level of engagement rates to see if people are reacting to the show.
But if it was up to actor Freeman, there would be no question on if Breeders should get another series.

DON’T MISS…
Breeders on Sky cast: Who is in the cast of Breeders? [CAST]
Breeders on Sky: Writers warn viewers before premiere [BEHIND THE SCENES]
Code 404 stars reveal why filming had to be extended on Sky One comedy [CAST]

Speaking to Variety, Freeman, who both co-created and stars in Breeders, said he would be “keen” for there to be a second season.
He also said they “have lots more we want to do with it and the characters.”
Breeders is the creation of Freeman, Peep Show writer Simon Blackwell and double Emmy Award winner Chris Addison.
If the creators of the show’s long successful history is anything to go by, then there is bound to be another series of the new comedy.

When Breeders was first announced, Sky’s head of comedy Jon Montague said:
“Imagine a parent gazing lovingly into the eyes of their newborn – that’s how proud we at Sky are with Breeders.
“Brilliant scripts which see parenting through such an authentic and hilarious lens. Martin, Chris and Simon are an unstoppable comic force, but I can’t vouch for them as parents.
“Together they’re bringing the kind of premium quality comedy our customers have come to expect.
“We can’t wait to show the world our new baby.”
Breeders season 1 is available to watch on Sky One.

Andi Peters hits back at Piers Morgan as GMB host speaks out on replacement: ‘So rude!’