Netflix’s steamy new period romance Bridgerton wowed streamers with its lavish first season and, of course, a follow-up is already in the works. Despite putting most romantic costume dramas to shame with just its first season, series lead Phoebe Dynevor wasn’t feeling quite so confident when Daphne Bridgerton was first introduced to Regency London’s high society.

Expected to become one of Regency era London’s most promising newcomers, Daphne takes the marriage market by storm when she begins a false courtship with the dashing duke of Hastings, Simon Basset (played by Regé-Jean Page).

The young Bridgerton had originally been matched with Prussian Prince Friedrich (Freddie Stroma) by his aunt, Queen Charlotte (Golda Rosheuvel).

However, sparks failed to fly between the arranged couple, and Daphne eventually developed true feelings for her fake suitor, the duke. 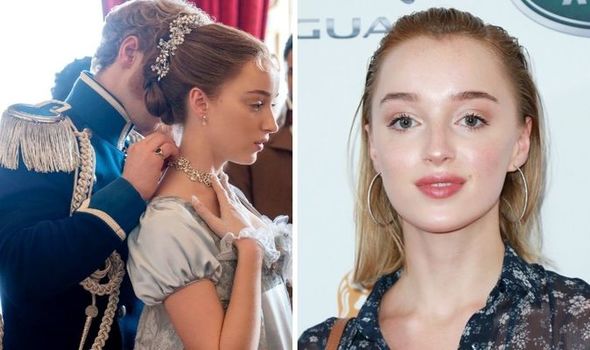 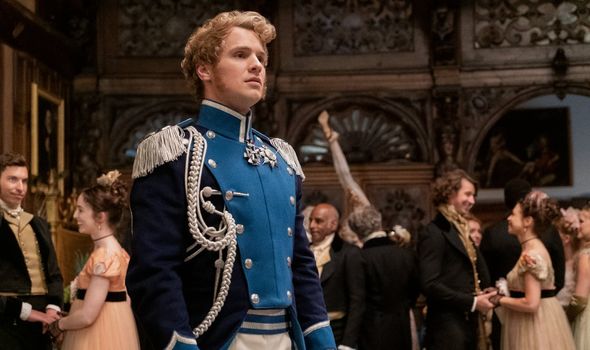 Their secretive yet passionate affair led to some awkward moments between Daphne and the unlucky prince, which leading actress Dynevor admitted she felt herself on set.

When the first season dropped on Netflix, the star told Glamour that her first scene with her co-star Freddie Stroma was one of her least favourite moments to film.

She recalled: “There’s a scene in Bridgerton [that] was quite funny because it was my least favourite scene to film and one of the most difficult scenes for me.

“It was when Daphne walks down the stairs to greet the prince and everyone in the ball turns and they look at her. [Everyone] in the background was watching me.” 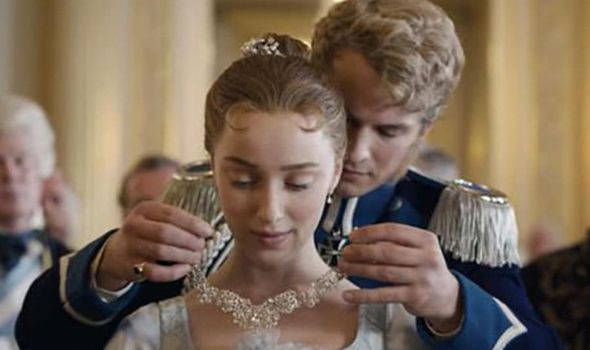 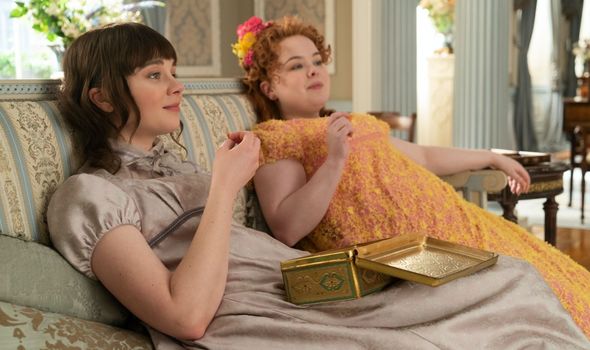 Far from the modern ideal of a first date, Daphne’s courtships all took place under the watchful eyes of Queen Charlotte and London’s demanding marriage market.

Therefore, what would have been an intimate first meeting was transformed into a public spectacle as Daphne and Friedrich were expected to exchange pleasantries in front of a huge crowd of onlookers.

Dynevor confessed that she didn’t feel prepared to perform such an important scene in front of so many extras.

The star explained: “It was actually the most uncomfortable scene ever, I just absolutely hated filming it because I just didn’t feel very confident that day.”

“I think I woke up and I just wasn’t feeling in my power, in my strength that day. So that scene to shoot was so uncomfortable.”

Thankfully, Dynevor’s nerves were not apparent on-screen, and Daphne appeared as confident as it’s possible to be when one’s love life is being judged by the court of public opinion.

She continued: “And watching it, and being like ‘okay, you look the exact opposite of what you’re feeling’ is so interesting.

“I think that happens in life a lot where what we’re portraying on the outside is usually very different to what’s going on on the inside.”

As well as forming Netflix’s latest breakout ensemble, the cast of Bridgerton also became firm and supportive friends during their time filming the show’s first season.

Dynevor revealed: “I was super nervous about leading a Netflix show and Shondaland being involved. It was nerve-wracking, it was a big deal and Daphne’s story’s the first one.

“But as soon as I met all the cast, I know people say this in interviews all the time, but we genuinely are so close, all of us. We got on so well.”

Luckily, the up-and-coming Netflix star was surrounded by new friends during Bridgerton’s most uncomfortable scenes, and Phoebe Dynevor soon regained her much needed confidence.

Bridgerton season 1 is available to stream on Netflix.

Sister Wives Season 10 Trailer: Is This It for the Browns?