David Walliams may already have 12 novels under his belt, but he’s in the market for penning more – and he’s looking close to home for inspiration.

The Britain’s Got Talent judge has revealed that he’s planning a new children’s book which is going to feature none other than his co-star Simon Cowell.

According to The Sun, he will tell Britain’s Got More Talent host Stephen Mulhern in this weekend’s show that he has big plans for Simon in his next story.

David is apparently going to write about a little boy named Simon, who spends a lot of time making rude comments about people around him.

“It would be about a young boy called Simon, who likes to judge others,” he explained.

But it seems Simon isn’t actually too bothered by the idea, as he joked “I want a third of the royalties” and shook hands on the deal with David.

Look out for Sarcastic Simon coming to a bookstore near you.

Thankfully for David, it seems that he can never insult Simon so much that he’d lose his job, as the BGT boss has previously called him “unsackable”.

“I think he’s always been unsackable,” Simon said. “I do remember the first time I sat down with him, we had one of the worst meetings I’ve ever had.”

David has certainly had a good run on the show so far, having joined in 2012 and featured on the panel ever since. 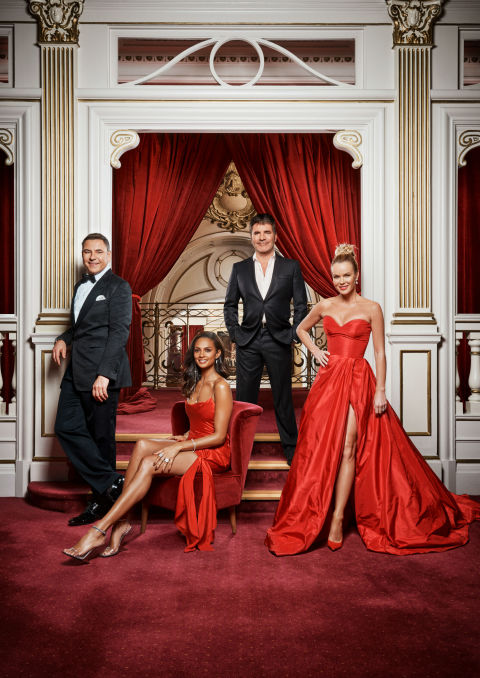 But David’s next boss might not be so lenient, as Simon is training up his young son Eric to take over his role some day.

“I would love (Eric) to take over,” Simon said. “He’s really confident.

“When he comes down here, he knows what everybody does. He likes being in the gallery. That will be my dream.”

Why Meghan McCain Is Comparing Herself To Meghan Markle

Anthony Mackie criticizes Marvel for lack of diversity with its productions

Diplo Says He Lost His Cufflinks Before a NYFW Event — and Replaced Them with Duane Reade Safety Pins!

Who are the MasterChef: The Professionals 2020 contestants?

5 Netflix Movies You Must See With Your Girls This Summer