Simon Cowell clearly wasn’t happy that a near-brawl broke out on Britain’s Got More Talent and he took up the issue with presenter Stephen Mulhern on live telly.

The final few seconds of the Britain’s Got Talent spin-off show turned unexpectedly volatile on Wednesday (May 30) when the camera caught winning contestant Robert White approaching Mulhern and rapper Big Narstie, one of the night’s guests.

All three were dancing to a performance from musical guest Anne-Marie, but when Robert tried to dance with Big Narstie, the hip-hop artist appeared to shove the comedian away from him while Mulhern looked on in shock.

The issue came up straight during Thursday’s edition of Britain’s Got More Talent when Simon Cowell demanded answers for violence breaking out on his show.

“By the way, what happened last night?” Cowell asked.

At first, Stephen seemed oblivious to the question but appeared reluctant to discuss the situation when asked for details on how the confrontation between Robert and Big Narstie unfolded.

“What do you mean, ‘What happened?’ I’m reading all this stuff [about] your show,” an exasperated Cowell complained.

“Big Narstie did something he shouldn’t have done,” Mulhern answered. “He pushed our winner. [Robert] literally did nothing. Yeah, it was just bizarre.” 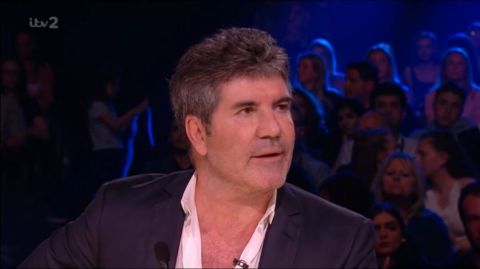 “So, did you jump in?” Cowell butted in, with Mulhern admitting: “Well, thankfully, it was at the end of the show.”

“So, you didn’t do anything?!” Simon asked again. 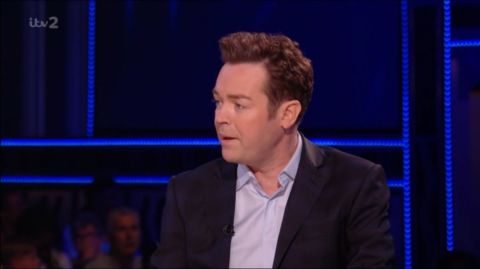 A noticeably uncomfortable Mulhern grimaced as he clarified: “[Big Narstie] is a big bloke, but I did make sure that Robert was okay. That was the important thing!”

Keep telling yourself that, Superman! Shortly after the TV showdown took place on Wednesday, Robert tweeted to say that he’d made up with Narstie and that there were no hard feelings.

Narstie later explained on his own Twitter account: “Hello high to da world sorry if I came across aggressively last night but I didn’t like my personal space being invaded in that manor just followed natural reaction #BGMT god bless everyone all love.”

Britain’s Got Talent is airing live all this week at 7.30pm and 9.30pm on ITV, leading up to the all-important finale on Sunday night (June 3).