The stars of soap have flocked to the capital to attend the prizegiving in London tonight and Lucy was the first onto the podium as she picked up two honours for her role as troubled Bethany Platt. She picked up Best Female Dramatic Performance for her gritty turn as abused teen Bethany.

Lucy, 22, looked delighted as she was handed her trophy by Strictly Come Dancing judge Shirley Ballas.

She said: "Thank you so much the storyline raised so much awareness – I want to say thank you to everyone at Corrie.

"And my boyfriend Tom and my family and mum cos she's watching." 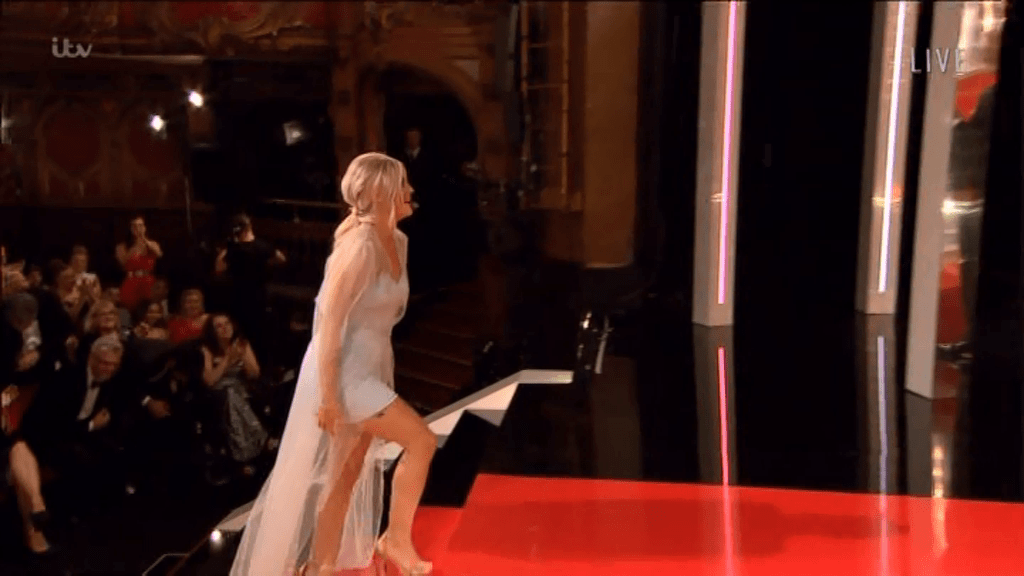 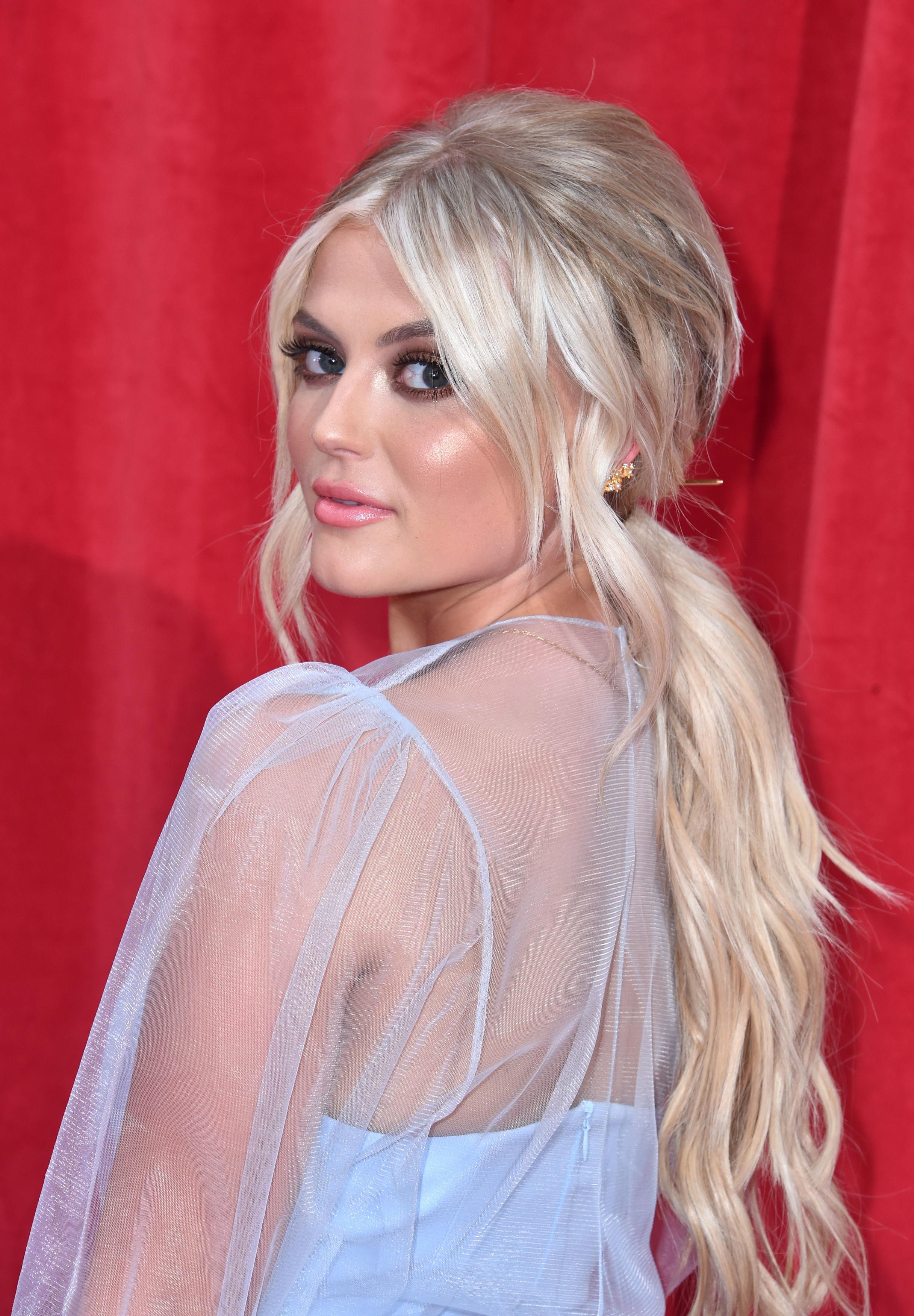 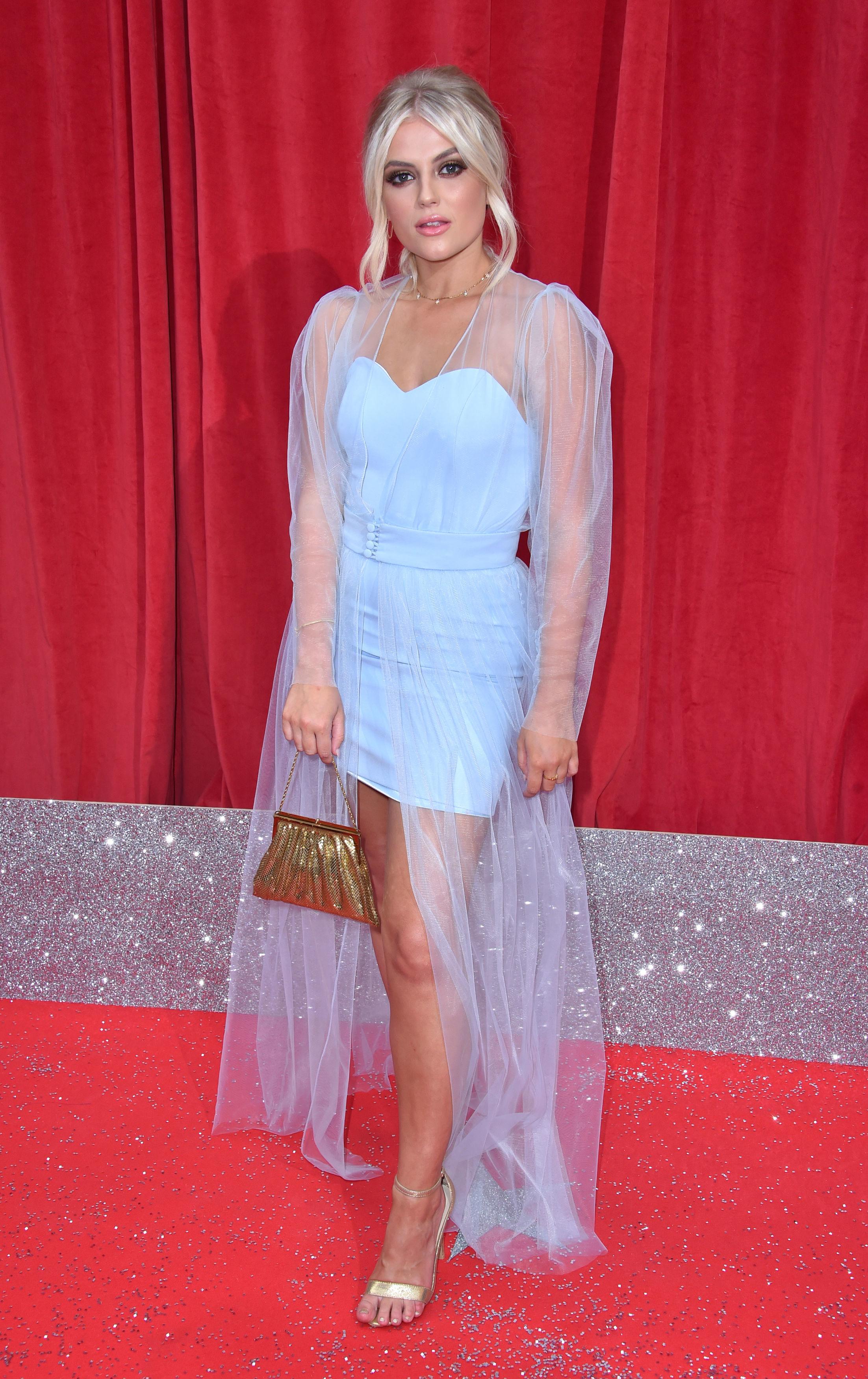 Lucy was back on the podium a little while later to pick up the Best Actress and she got the chance to thank anyone she missed in her first speech.

She admitted her dad had texted her and told her off for forgetting to mention him, so she gave him a shout out in her second turn on the podium.

Lucy said: "Thank you to my dad. He texted me before and was angry I didn't say thank you. So thank you dad." 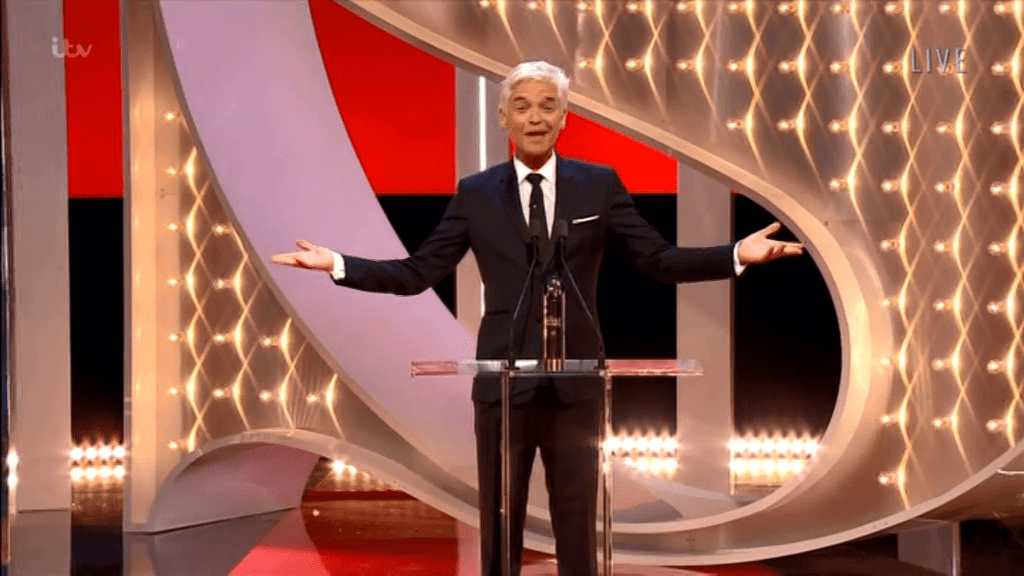 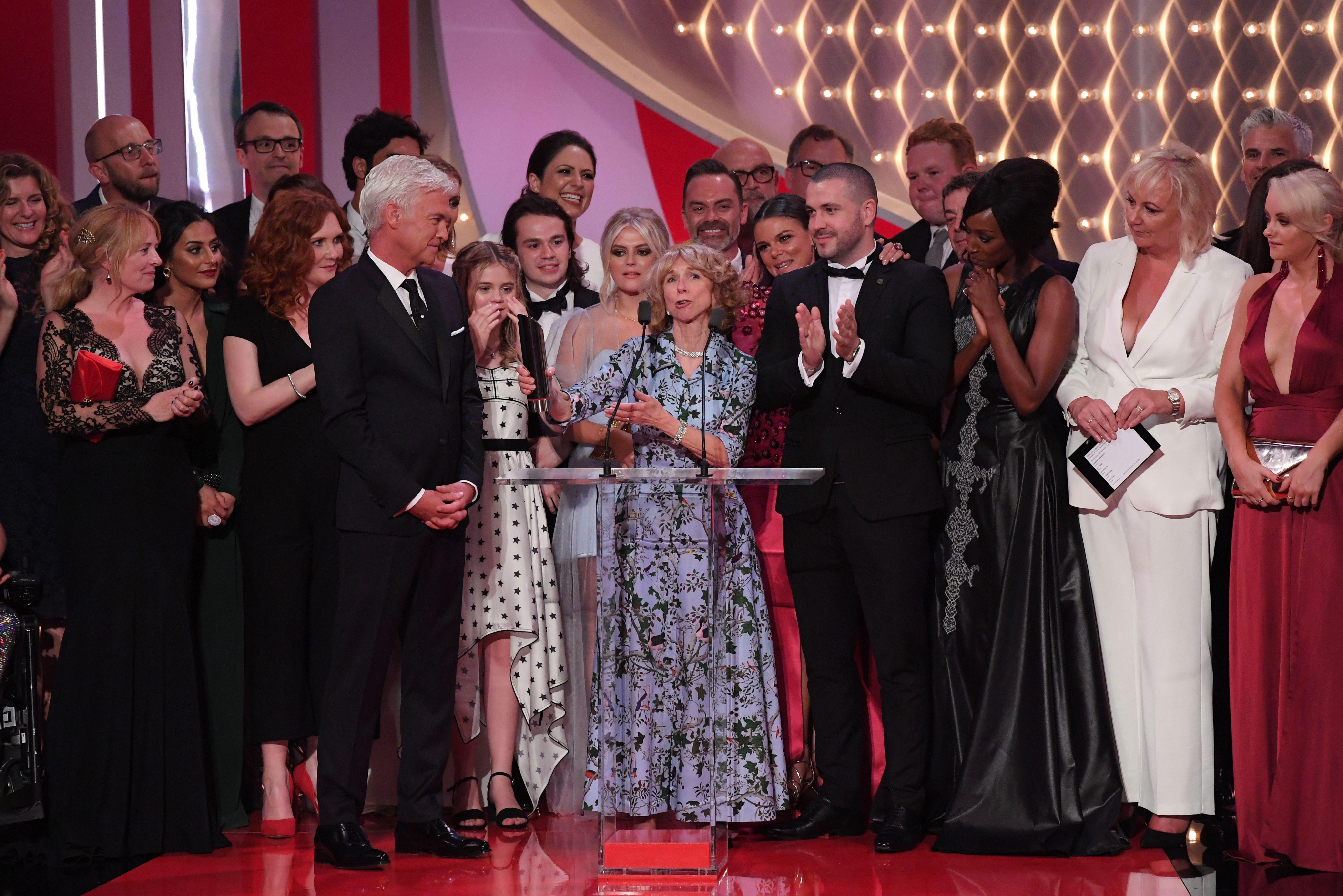 One of EastEnders' trophies was the Best Newcomber prize, which went to Lorraine Stanley, who has joined EastEnders as Karen Taylor.

Viewers were amazed by her glam look onstage as she ditched her drab onscreen look for a chic red carpet outfit.

The next big win was for Villain of The Year and it was no surprise when Corrie's Connor McIntyre picked up up the prize for his terrifying portrayal of serial killer Pat Phelan.
There was also drama over another Corrie villain as viewers at home spotted Richard Hillman actor Brian Capron in the audience.

Fans became convinced that he must be returning to the soap after he was seen in the front row with Helen Worth, who played Hillman's wife Gail Platt. 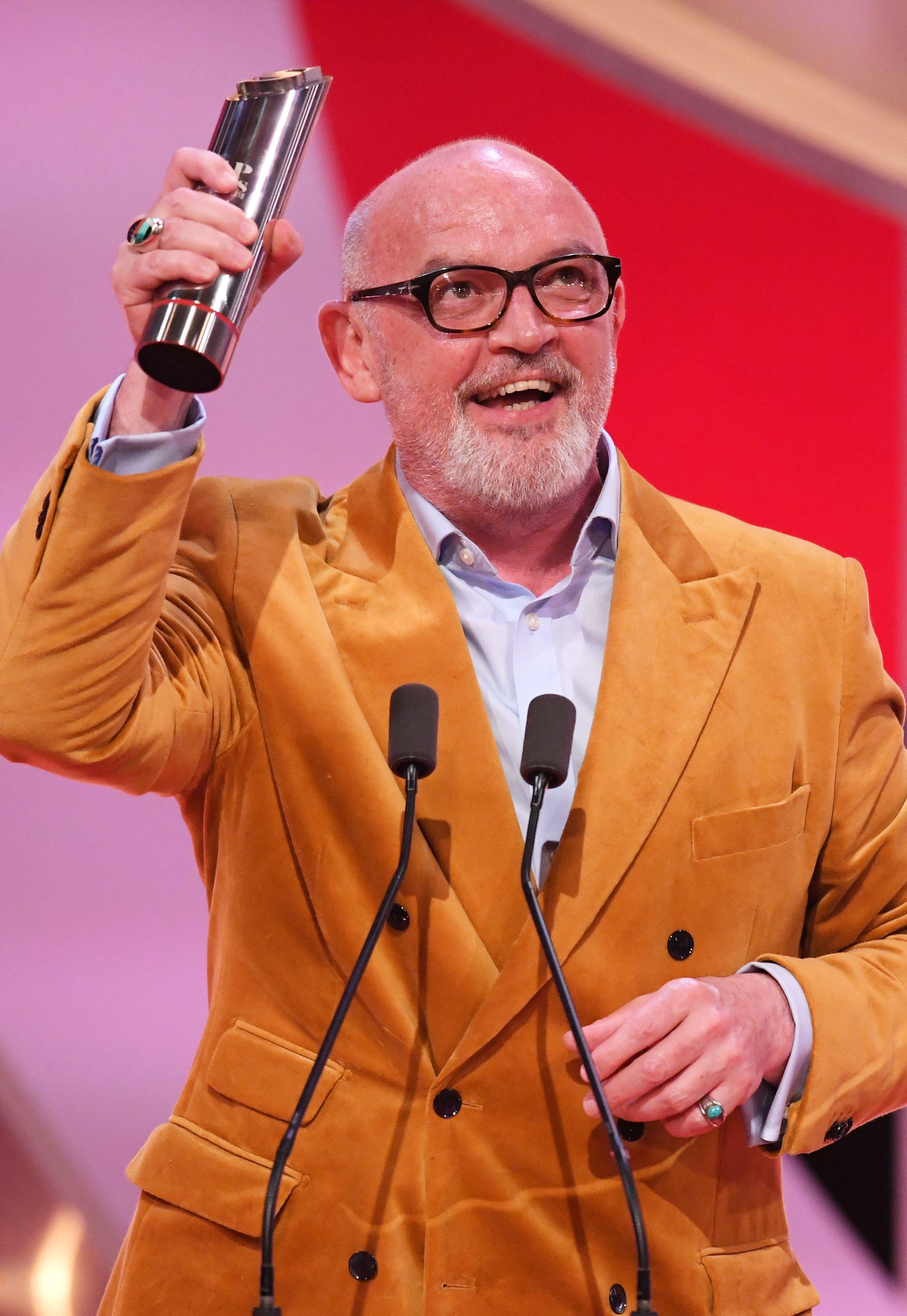 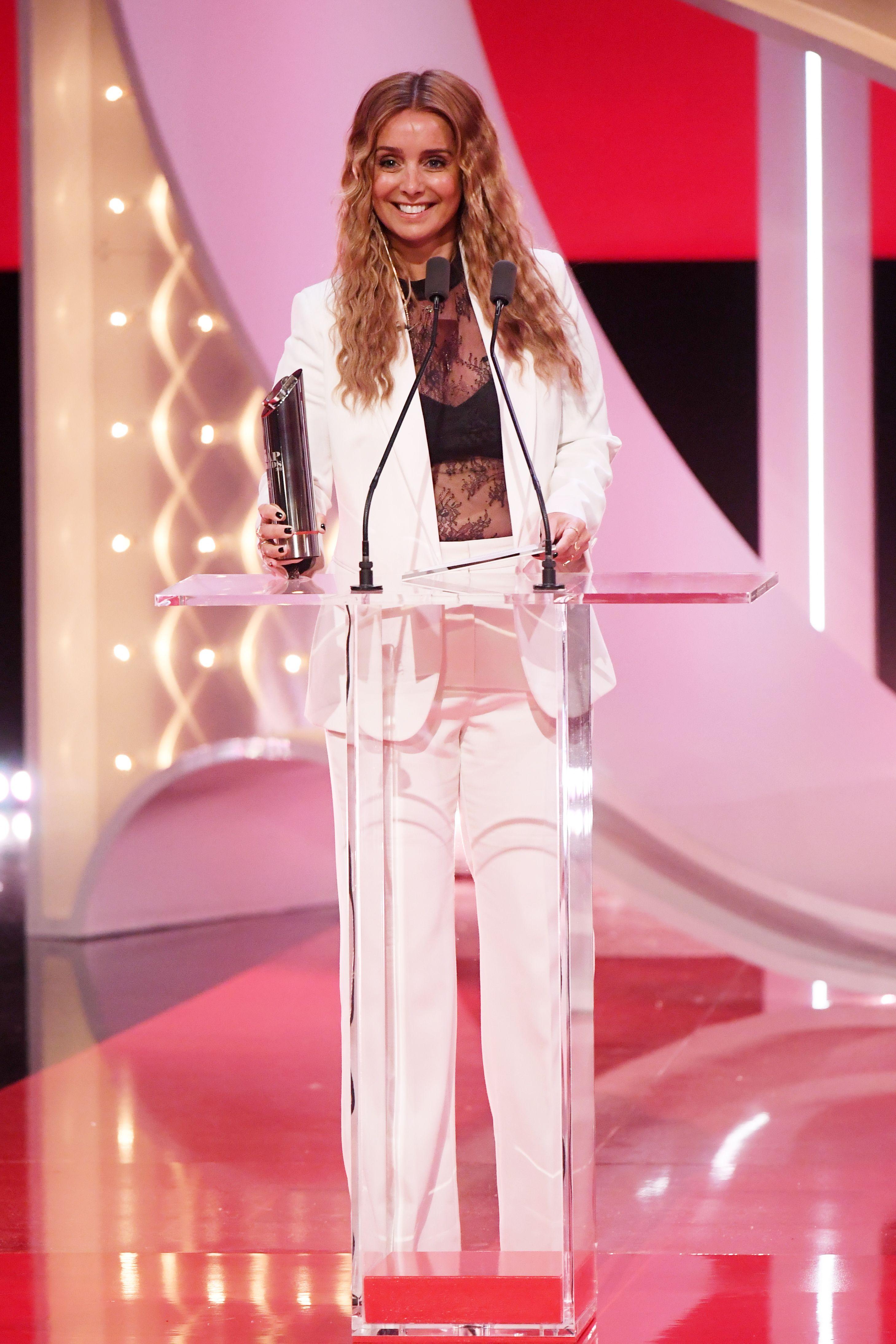 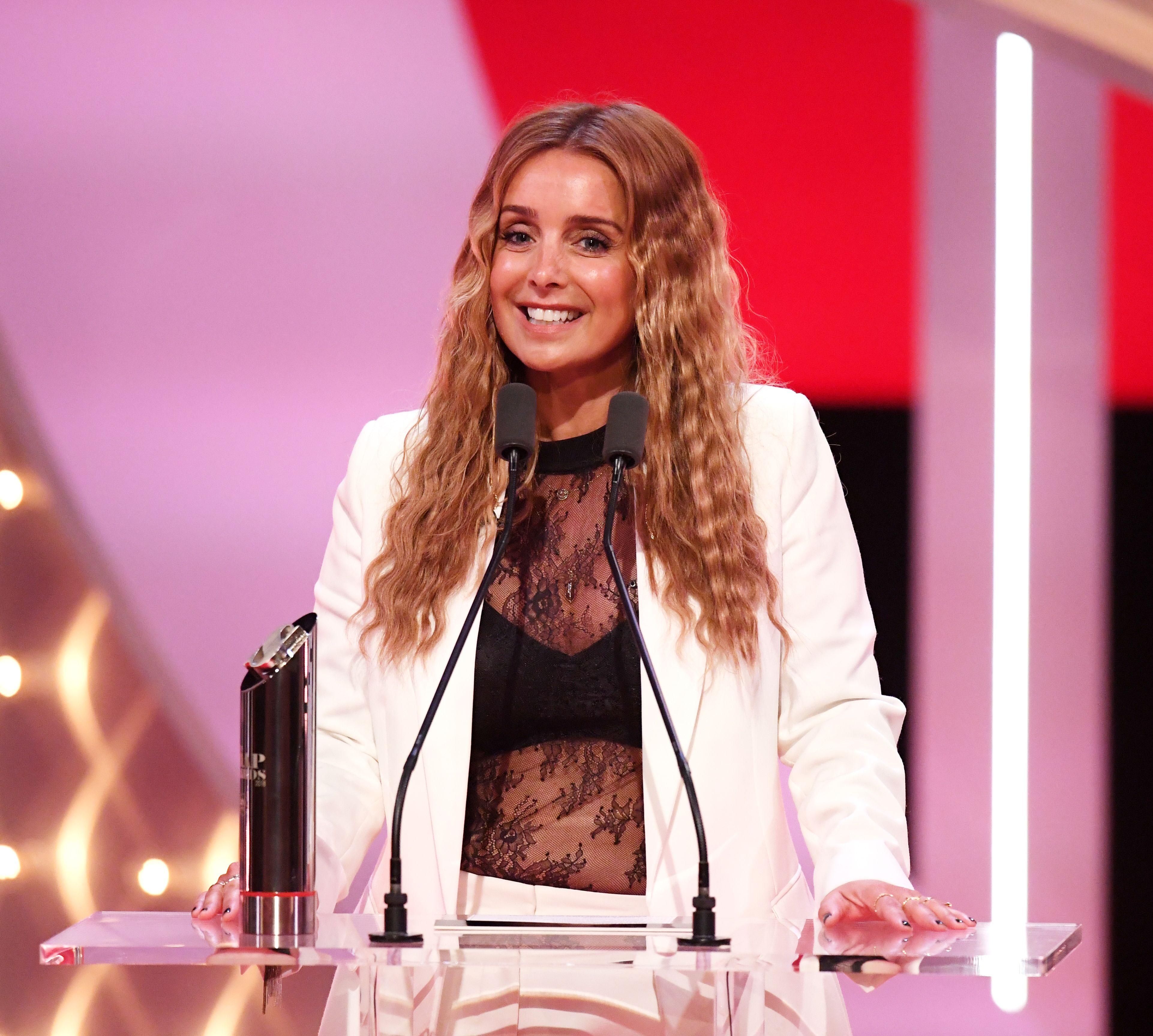 Hillman's death, when he drives his family into a canal in 2003, was nominated for the greatest soap moment, but it lost out to Emmerdale's Hotten by-pass crash.

Louise Redknapp was on stage to present the Best Single Episode prize to Hollyoaks, and she looked chic in a white trouser suit with a black see-through lace top.

There was also a poignant moment in the show when a tribute to late Corrie star Liz Dawn was played.

The audience gave her a standing ovation and several stars, including Brian Capron, were seen crying.

However, a lighter moment came when host Phil went down into the crowd and came face-to-face with EastEnders star Danny Dyer.

The pair pretended to square up to each other in a hilarious moment as Phil and Danny larked about in front of the cameras. 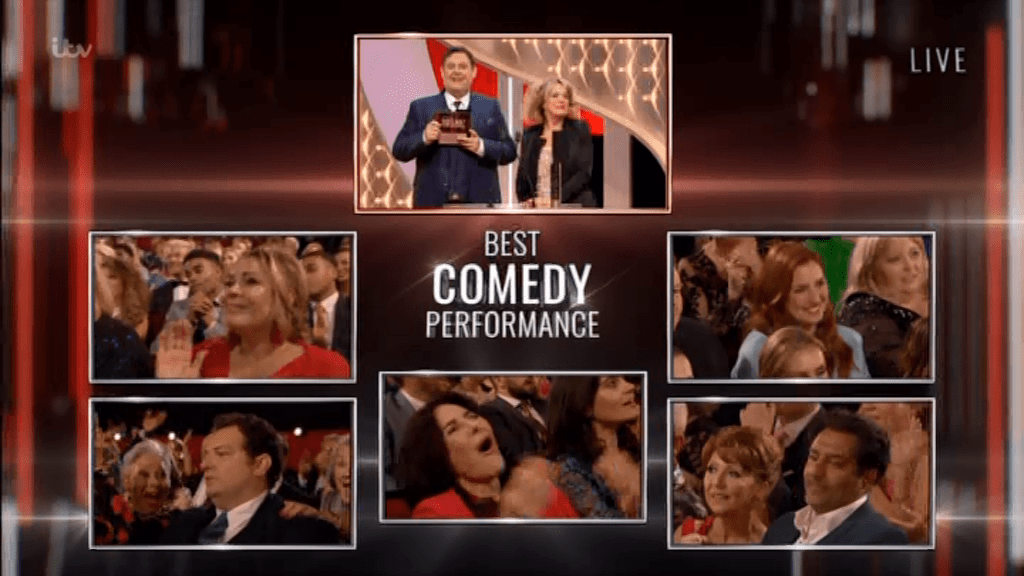 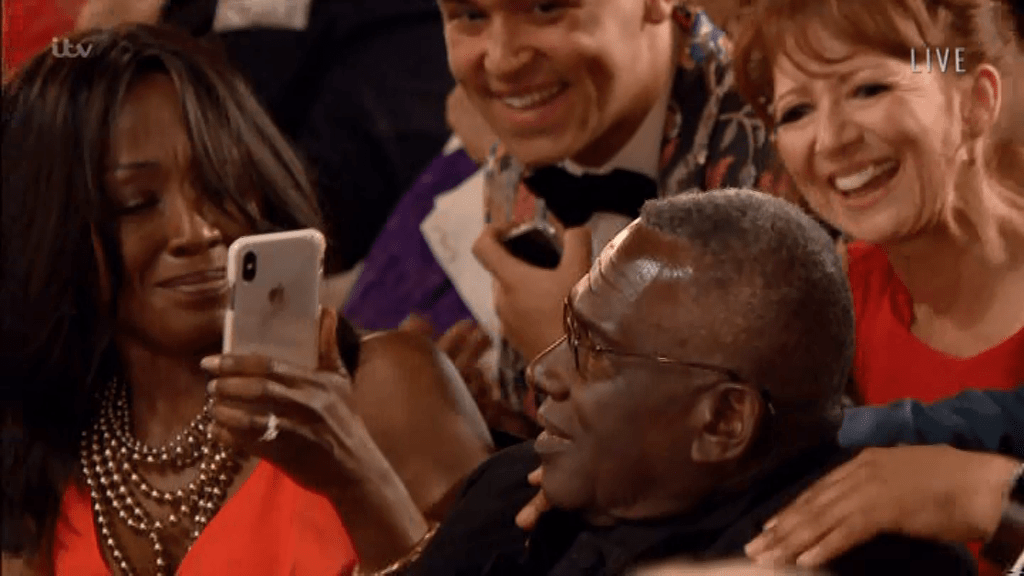 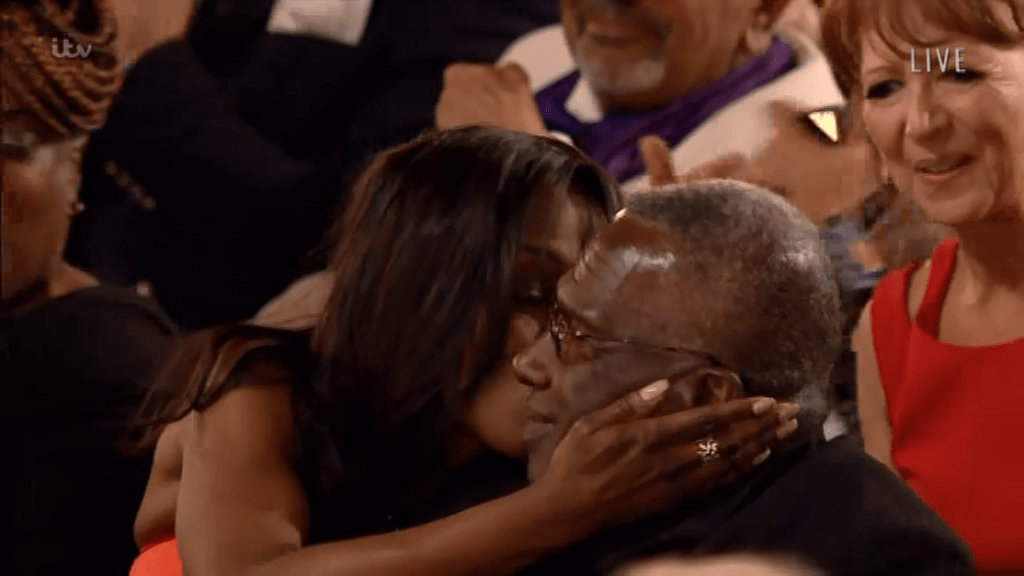 Viewers were also left giggling when poor Sherrie Hewson made a major blunder when announcing the winner of the best Comedy Performance to Ian Midlane from Doctors.

She had to hand it over to her presenting partner Tony Maudsley as she admitted she hadn't got her glasses on.

Another big award went to Hollyoaks' Ross Adams, who won Best Male Dramatic Performance for his role as Scott Drinkwell.

EastEnders' Rudolph Walker won the Outstanding Achievement Award and was seen being smothered with kisses by his onscreen daughter Diane Parish. 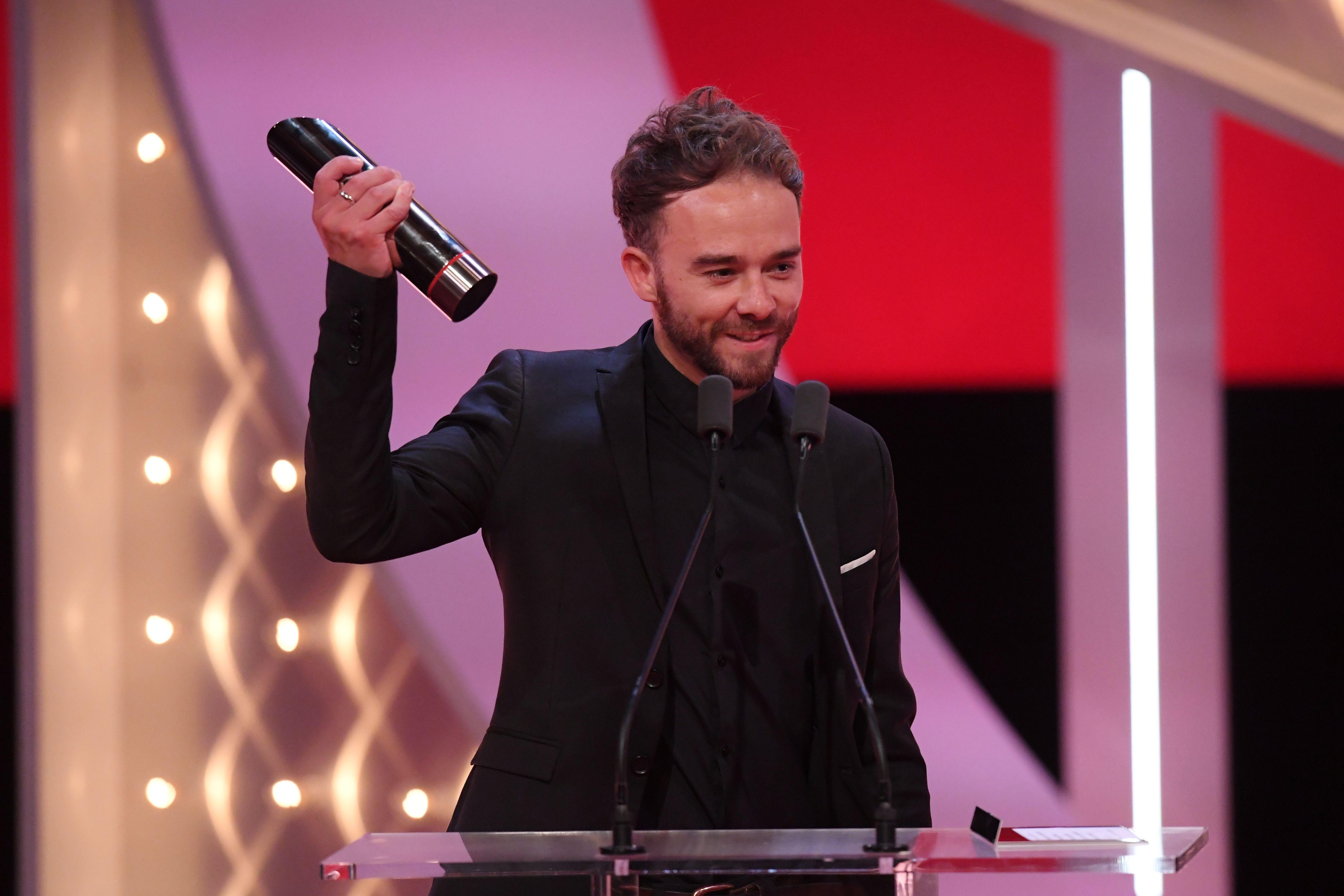 Jack P. Shepherd won the Best Actor prize as Corrie's winning streak continued, and got some giggles as he forgot his pal Ben Price's name, calling him "What's his chops."

In his speech, he thank Emmerdale for giving him the chance to win by "not nominating Danny Miller."

It was the first time Connor and Sue – who played husband and wife on the soap – have been seen out in public since last night's Corrie episode, where Connor's soap villain character, Pat Phelan, was finally killed off. 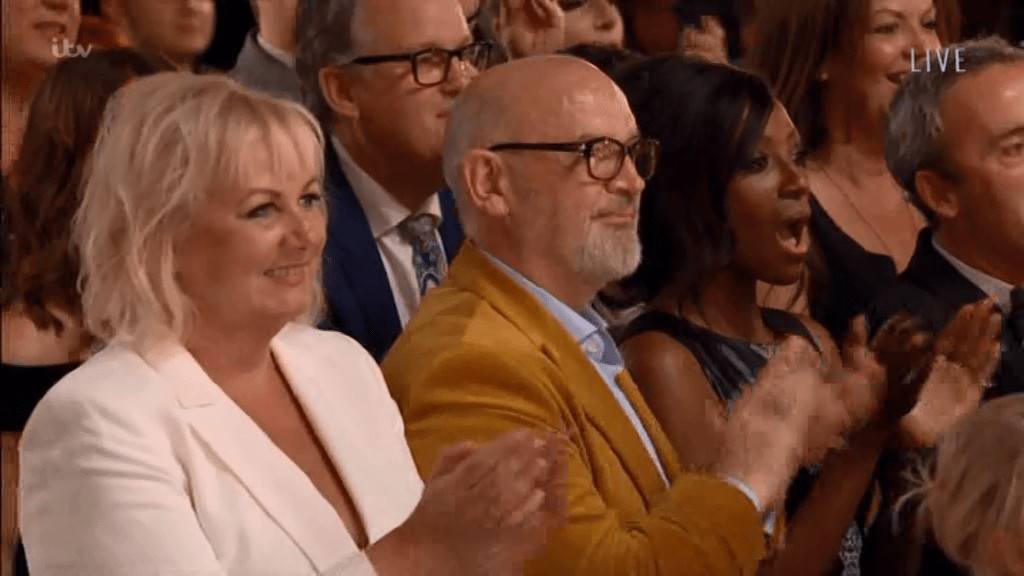 Hosted by Phillip Schofield, the Soap Awards is this year celebrating its 20th anniversary.

Phil was among the winners as he was given a special award for hosting the event for the last decade.

For the first time ever the awards were shown live on TV, and it caused a bit of drama at the end when Phil was forced to wrap up his closing speech abruptly after running out of time.