The Jeremy Vine on 5 show erupted into chaos this morning over a discussion about a second plane for Prime Minister Boris Johnson which would have a Union Jack on its tail. Panellist and Express columnist Carole Malone defended the use of the Union Jack on the current jet saying British people are “really tired” of being labelled “Little Englanders” for their support of the flag. She went on to express her anger at Union Jack-cancelling Britons and said the Prime Minister cannot turn up to work in “EasyJet economy.”

Expressing her anger at Britons opposing the use of the Union Jack, Ms Malone highlighted the new plane is “not a Brexit plane.”

She added: “This is a plane with a Union Jack on its tail.”

“The same kind of Union Jack that every British Airways plane has on its tail as well.”

She highlighted how people across Britain  “are really tired” of being told that their support of the Union Jack “somehow indicates that they are racists and little Englander’s.” 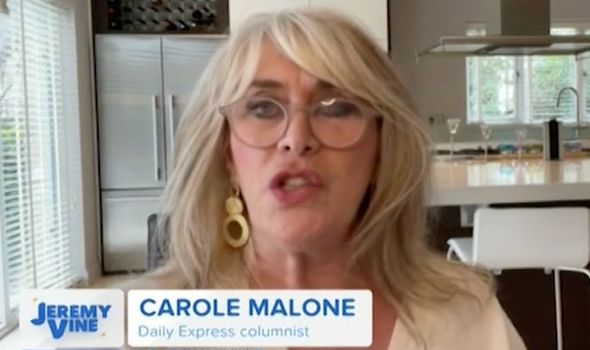 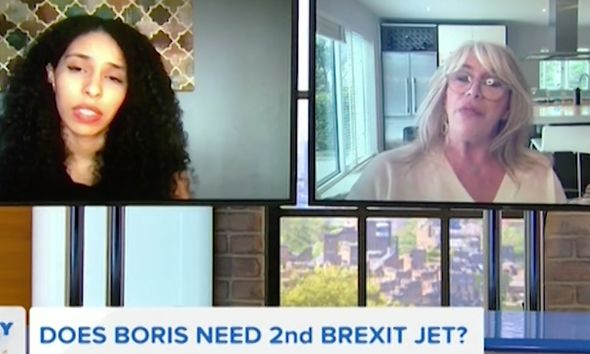 She added: “That is not the case.”

The veteran journalist went on to explain why it is important for Boris Johnson to have a jet to do business and continued to dispel the debate over the Union Jack’s usage.

The Express columnist stressed: “Boris is going to be flying to various countries to do business, to do trade deals, to meet leaders of other countries.”

Concluding her argument she said the PM “cannot turn up for those meetings on EasyJet economy!”

Carole Malone tells Jeremy Vine she 'wasn't listening' to him 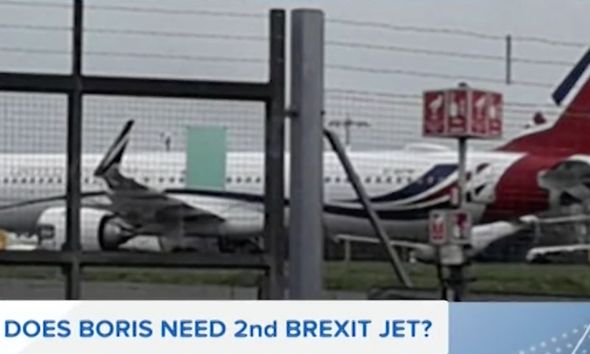 The debate over flags recently sprung into national debate following BBC Breakfast presenters Naga Munchetty and Charlie Stayt laughing at Conservative ministers for having Union Jacks behind them on zoom calls.

Ms Munchetty was also reprimanded by BBC bosses for liking anti-Conservative tweets about her BBC Breakfast co-host Charlie Stayt mocking a Union Flag that appeared behind Robert Jenrick in an interview on the BBC show.

Another read: “Should be done every time the Tories roll out one of the talking head ministers”. 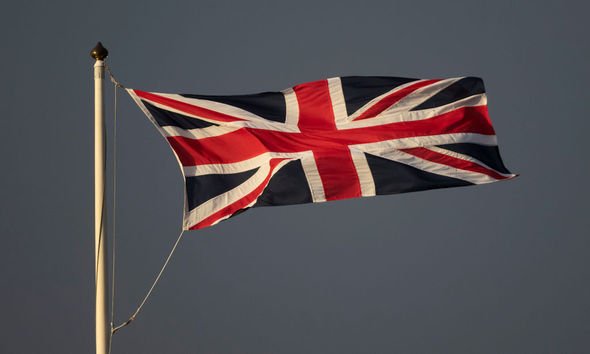 In an apology, Ms Munchetty said: “This does not represent the views of me or the BBC. I apologise for any offence taken. Naga.”

In the interview in question with Robert Jenrick, Secretary of State for Housing, Communities and Local Government, Charlie Stayt said: “I think your flag is not up to standard size government interview…measurements.

“I think it’s just a little bit small. But that’s your department really!”

When the camera returned to the studio Munchetty commented: “The picture of the queen,” but she was interrupted as Stayt wanted to explain his remark: “You’ll be aware, we’ve seen it [the Union flag] every day.”

Joe Wicks reveals his guilt over split from Swedish ex-girlfriend