The abundance of options on various streaming platforms can be daunting for any viewer. Here's our list of the best shows to tune in to this week.

Rosencrantz and Guildenstern are alive and mostly well, traipsing around Essex paddocks clutching metal detectors in this wonderfully wry and well-observed British comedy.

“Got anything?” Lance (Toby Jones) will ask his friend, Andy (Mackenzie Crook), and the answer – which equally applies to finding something of value in the ground and improving their matter-of-fact lives – is almost always a negative.

Sometimes, with their beleaguered outlooks, they don’t even realise what they’re truly searching for.

Written and directed with loving care by Crook, who you’ll instantly identify as the elongated know-it-all Gareth from the original version of The Office, Detectorists is about these two unassuming friends, whose hobby offers them consolation and the persistent promise of a life-changing find.

The half-hour episodes – six in the first season, seven in the second, including a Christmas special – find a rhythm in their affectionate back and forth, which is full of observations that define their characters without ever mocking either man. 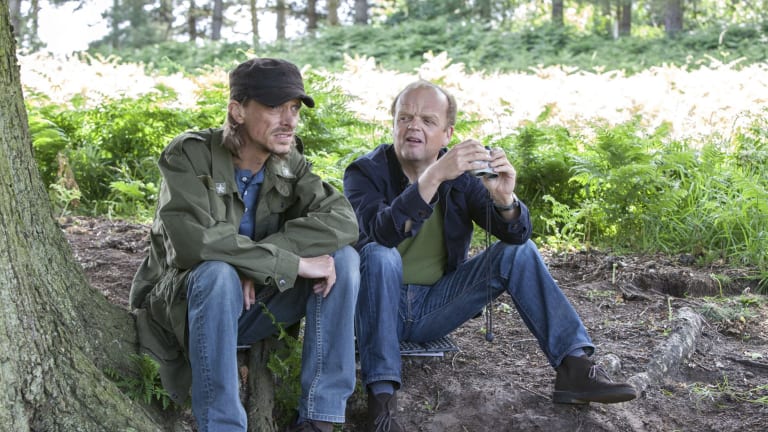 Lance, a forklift driver, is more forward than Andy, a contract cleaner and mature-age archaeology student, but the latter has a more rounded life, living with his teacher girlfriend Becky (Rachael Stirling).

Lance’s wife, Mags (Lucy Benjamin), who he’s unsuccessfully trying to win back, has left him for a Pizza Hut manager.

Crook’s writing never foregrounds their discontent, or ties in wider concerns (Brexit is a world away), but its gets them implicitly, in ways they themselves can’t explain.

As well as the duo’s membership of the Danebury Metal Detector Club (DMDC), there’s plenty of amusing comic business set in motion by the pair’s newest search site, a farm owned by a clearly delusional, and possibly homicidal, local eccentric.

A rival group has their eye on it as well, with their representative played by the pompously hilarious Simon Farnaby, and seeing Lance and Andy collectively mock them offers a different perspective on their own sometimes petty tiffs.

The leads are terrific together, and while it's Crook’s creation, it is wonderful to see Jones, so often cast as a mad scientist or spy, in a role where he can wear jeans and get some pints in.

While there’s a melancholic undertow alongside the dry humour, circumstances do change. Unlike its central characters, Detectorists finds a great deal. 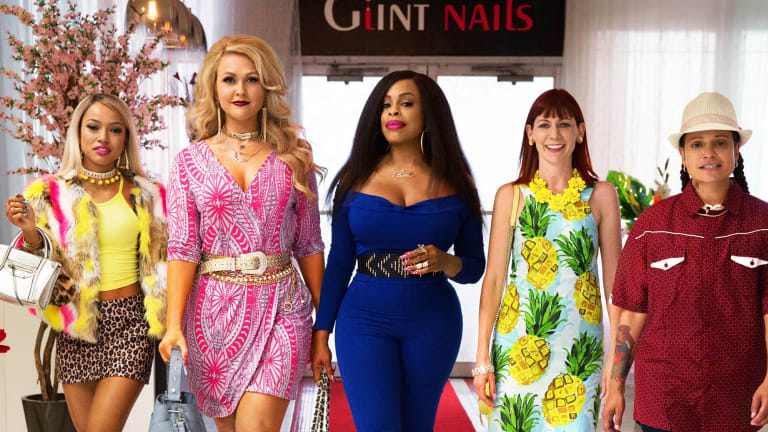 Season two of Claws is available to watch on Stan now.

Stan subscribers were slow to discover this heavy-on-the-nail-polish series when the first season launched at the end of last year, possibly because it’s not easily explained.

You soon realise that for these diverse women the attitude is a front – a survival technique in the face of rampant disadvantage that invariably favours men like their gangster boss, the garish Uncle Daddy (Breaking Bad’s Dean Norris).

Having initially helped launder cash from a prescription racket, the second season of Claws finds Desna on top, or at least in a position where she has to face off new challenges, such as newly installed Russian mob bosses.

The storytelling is frenzied and the milieu is (hopefully) exaggerated, but the soap opera twists come with a buoyant sense of female solidarity. 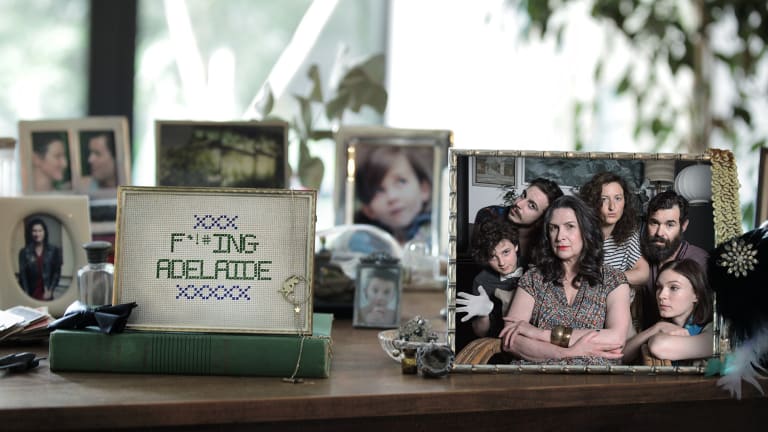 Pamela Rabe leads the way in the beautifully put together F—ing Adelaide.

The dysfunctional family comedy gets a bittersweet, idiosyncratic and very South Australian spin in this bite-sized series.

With just six episodes, each under 20 minutes in length, F—ing Adelaide is about a suburban matriarch, Maude (the glorious Pamela Rabe), who reunites her four adult children for a spring clean of the family home that quickly takes on deeper proportions.

Each episode is from a different family member’s viewpoint, bringing them all into sharp focus at one point or another. It’s heartfelt but never haphazard – everything and everyone ties together. 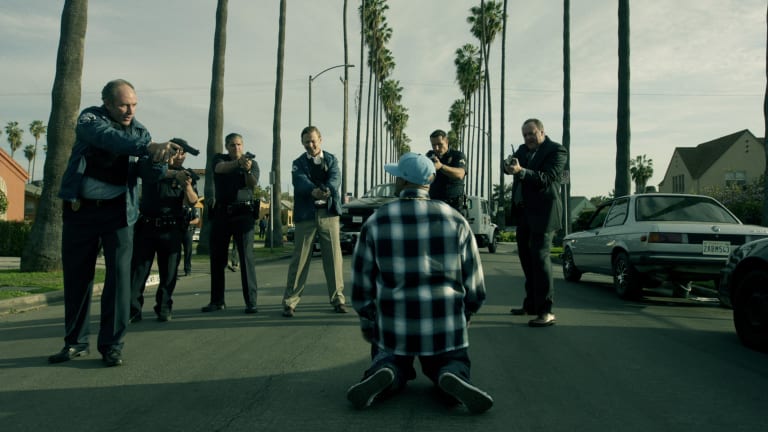 Unsolved is based on the real-life investigations into Biggie Smalls and Tupac Shakur’s ’90s deaths.

The lineage of Californian crime series gets a new instalment with this solid investigative procedural about the LAPD detectives trying to solve the public murders of two of the biggest hip-hop stars of the '90s: Tupac Shakur (Marcc Rose) and The Notorious B.I.G. (Wavyy Jonez).

Based on real life events, it’s slow to start but there’s a standout performance from Jimmi Simpson (Westworld) as a detective whose obsessiveness takes him over the edge. 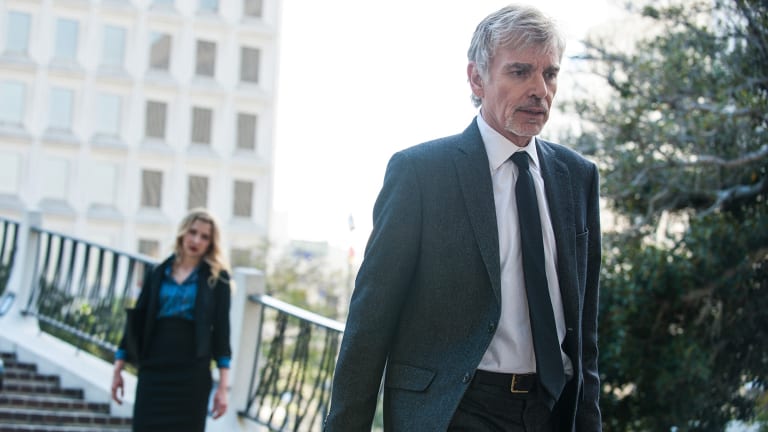 The prolific David E. Kelley updated his decades of legal drama for the streaming age with this series about a fallen Los Angeles lawyer, Billy McBride (Billy Bob Thornton), lured away from the bottle by a case against an arms manufacturer.

With his flinty anger and flawed outlook, the fictional Billy was a great role for the real Billy. That remains the main attraction in a second season that revolves around a double homicide and mayoral politics. 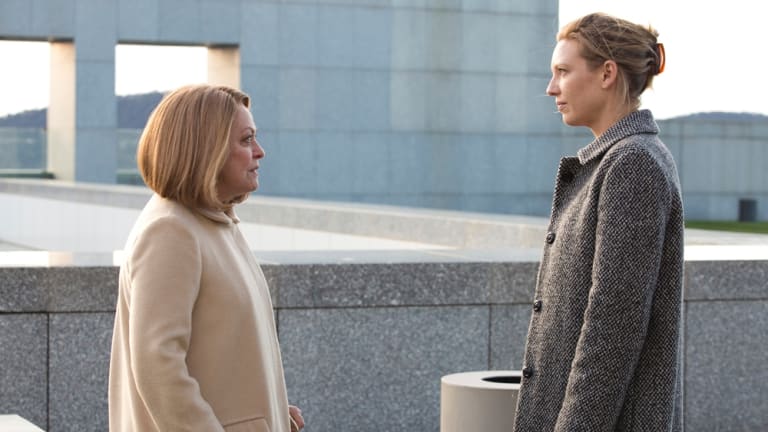 One of Foxtel’s best Australian series has now reached Netflix: a smart, ever more topical thriller about state security, China’s reach, and the media’s freedom that casts Canberra in a cold, calculating light.

Anna Torv is Harriet Dunkley, the journalist investigating why a murdered young man had the contents of his stomach crudely removed.

She's backed up by a first-rate ensemble cast that includes Jacki Weaver and Dan Wyllie as government ministers, and Damon Herriman as the intelligence analyst and transgender woman who was once married to Harriet.