Although he made his feelings perfectly clear on Twitter, Captain Lee Rosbach from Below Deck held back nothing in his comments about Ashton Pienaar in his blog. 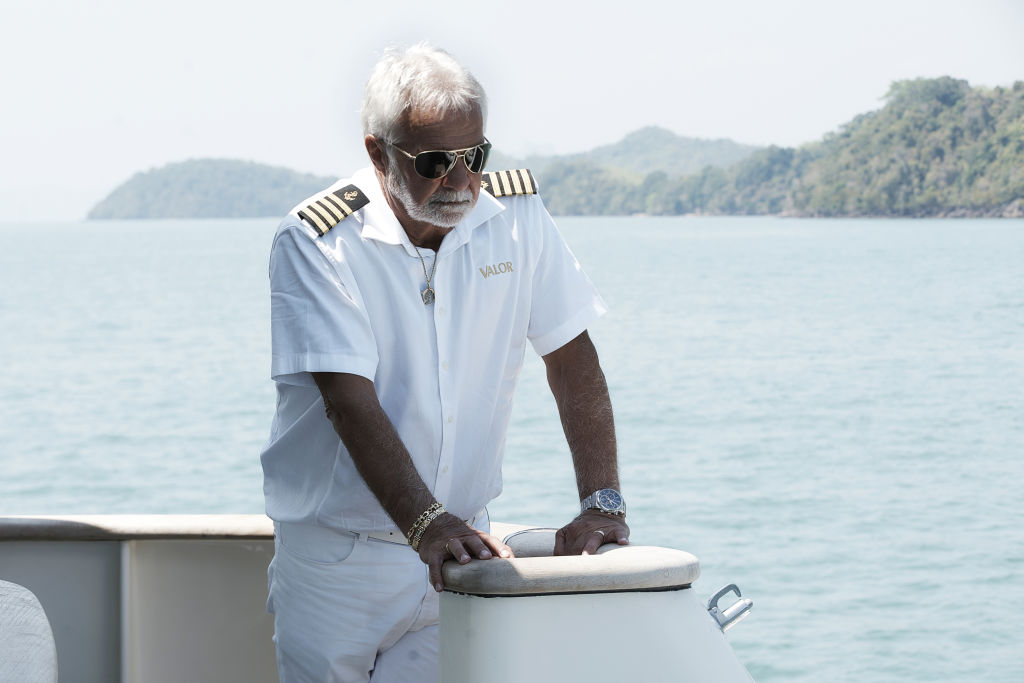 Rosbach writes a weekly blog about each episode where he gives his observations and review of each crew member. The last two episodes featured Pienaar becoming enraged and violent toward chief stew Kate Chastain. She leaves the boat in the middle of the night because his behavior scared her. Rosbach was not privy to what occurred. This left him feeling confused and frustrated when Chastain was not on the boat the next morning.

He has also remarked that if he had known what happened, it would have ended quite differently. In his blog, he commended Chastain for not throwing Pienaar under the bus. But at the same time wished she would have been more forthcoming with what really happened.

Rosbach isn’t confident Pienaar will turn it around

During the episode, Rosbach tweeted and seemed furious with Pienaar’s behavior. He shared again in his blog what he thought of Pienaar’s actions and behavior.  “I have no idea who or what you think you are doing. This story line with you getting black out drunk and misbehaving is getting really old,” Rosbach wrote. “Over a thousand dollars damage caused by your behavior at the beach club and then make unwanted sexual advances on a superior, yeah, I said that, check your epaulettes, and then you try to physically attack her, and then you don’t even remember any of it. I don’t know but I really sense a problem here.”

Rosbach was also agitated with how Pienaar handled the situation the next day. “You stated that you were going to be the bigger person and apologize but I didn’t get the sense that you thought you really should have. But the offended party, Kate, came to the wheelhouse, took the heat, and not once did she attempt to throw you under the bus. Even though you thoroughly deserved it. No, she covered for your ass. Then you have the gall to say, ‘when you were younger you had a temper’. News flash Ashton, you still have a temper, especially when you get black out drunk.”

He added that Pienaar also set up deckhand Rhylee Gerber for failure too. “As far as the fishing trip, Rhylee did what she was supposed to do, with absolutely no help from you. You weren’t part of the team, you just sat back and hoped that Rhylee would fail so you could toss her under the bus and say, see I told you she wouldn’t work out. Well lets just see how that works out for you. I am sorely disappointed in you and your behavior so far. My only hope is that you can turn it around, but I’m not counting on it.”

Rosbach commends Chastain but wishes she would have told him

Without knowing the severity of the situation, Rosbach could not do anything about it. “Kate, my only issue is that you didn’t let me know when you left or a note or something so I would know you were ok,” he shared. “Now that I see why you left; I really wish you would have let me know what was going on so I could have dealt with it. And I certainly would have dealt with it quickly and firmly to say the least. You showed a great deal of class by not tossing Ashton under the bus that he would’ve been deserving of.”

Rosbach also now sees how Pienaar is trying poison the rest of the men on the boat against Chastain and Gerber too. Although deckhand Brian de Saint Pern was not directly involved in the incident with Chastian, Rosbach now sees what Pienaar is trying to do and isn’t happy. “Brian, not much to say. I’m really shocked that you just keep eating from the bowl of bs that Ashton keeps feeding you and Tanner about Kate and Rhylee,” Rosbach wrote. “The fishing trip was not all that one sided at all, but you immediately jumped on Rhylee without having all the facts. I’m surprised at you.”

Mum kills ex son-in-law, cuts off his testicles and throws them out the window