Carole Radziwill from The Real Housewives of New York City included a clause in her contract that prevented the Bravo network from leveraging the Kennedy name to promote the show.

Radziwill recently revealed she added the clause and never publicly discussed adding it to her contract during her first year on the show. Radziwill was married to John F. Kennedy Jr.’s cousin, Anthony Radziwill. Radziwill’s husband died of cancer only weeks after Kennedy, his wife Caroline Bessette, and her sister were killed in a plane crash.

She was determined to keep her family off of the show when she agreed to join the cast. “I was not going to go in and exploit my late husband’s family or the Kennedy family,” she recalled on the Behind the Velvet Rope with David Yontef podcast. 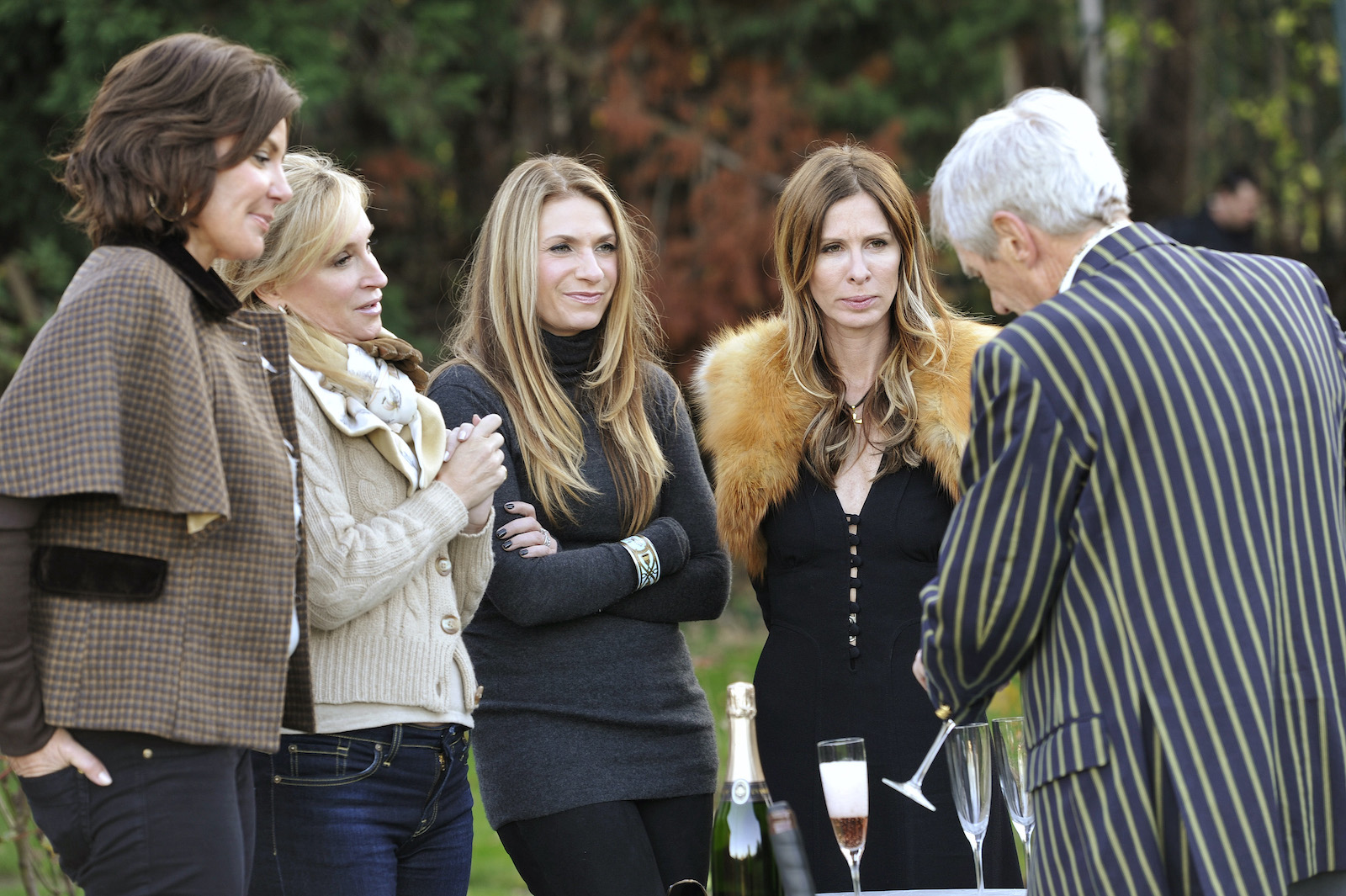 “So I never, except for the history package, like in the first season or the second season, when you had to explain kind of who you were, I never said anything about the Kennedy family,” she said. “In fact, I think Sonja [Morgan] was the one that brought it up a bunch of times. And I just stayed away from it. In fact so much so that in my first-year contract, there’s a clause.”

“It’s like five paragraphs,” she continued. “How Bravo can not use my Kennedy connection to promote their show. They cannot call me Kennedy cousin, Carole Radziwill. They can not use photos of John Kennedy, Caroline, Jackie [Kennedy], Lee [Radziwill]. Any photos, even public photos, without my permission. It was really detailed out. Cause I wanted it to be really protective over that. And I thought that would be a deal-breaker, but they agreed to that. So honestly, by the time I signed the contract, I felt comfortable with what I was going to do on the show.”

While Radziwill didn’t discuss her connection to the Kennedy name she recalled how Sonja Morgan flippantly talked about John F. Kennedy Jr. “I remember Sonja one year was saying, I partied with John John or some stupid thing,” she recalled. “And like, I don’t like to hear that because A it’s not true. And B no one who knew him really called him John, John. That’s like the first thing, nobody. It was made up in the press, nobody in his family, nobody, none of his friends. That was just a made-up thing in the press.”

“So if you didn’t know him, you might think that everyone called him that,” she said. “And this is a man who had died, you know, 10, 12 years earlier. Like, so you don’t really talk about like partying with him.”

“I just found the whole thing really unfortunate,” she added. “So I didn’t really talk about it.” She added about the network, “I didn’t trust them. And you know what, to their credit, they never used the Kennedy name in that way. They didn’t use photographs that I didn’t give them permission to use.”

“They really stuck to it,” she added about the clause. “Obviously they had to because it was a legal contract. I never told anyone that. I don’t think anyone knows that because I think there’s this perception I exploited that.”

“But in fact, I never talked about it,” she said. “I never talked about. You know another really interesting thing, I thought if the other women bring it up, Sonja did bring it up in that silly, dumb way, but not to me. So I didn’t know until I was like the audience, I saw it when it aired.”

Putin is ‘storing up favors’ with US medical supplies airlift, expert says but Trump dismisses warnings of Kremlin stunt – The Sun

Ginger the rescue pug screams 'lbanshee' to get owner's attention