Casualty: Connie and Jacob share a kiss in the office

Casualty has been off screens for many months, but tonight, a new series kicks off and will see the doctor and nurses of Holby Emergency Department back on the wards as they try to fight off coronavirus. BBC One fans will tune in to see Connie Beauchamp (played by Amanda Mealing) struggle to protect her team and the actress who plays the fan-favourite character has spoken out about what’s to come.

The medical drama is aiming to replicate current events and understandably, it is important to make sure the details are correct.

In turn, Amanda felt the pressure when she read the scripts.

“I was absolutely astounded by it,” she said. “I was in floods of tears every time I read it. It’s just heartbreaking.

“There’s an enormous sense of responsibility to do justice to the NHS front-line workers, the people who have sacrificed so much. 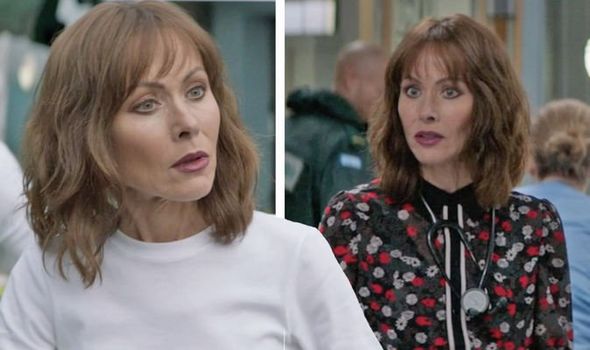 We will use your email address only for sending you newsletters. Please see our Privacy Notice for details of your data protection rights. Casualty spoilers: Connie Beauchamp and Jacob reunite in huge twist

“But at the same time, it was an honour to be able to do it. I hope it’s a homage to those people, and that they see it’s done with respect, and with the love that was intended,” the actress added.

Despite being a hard-nosed doctor, even Connie struggles to come with the demands of the pandemic over the coming weeks.

“There was a New York Times piece about a doctor just like Connie in a Brooklyn hospital. She ran the ED, she was fantastic in a crisis – yet she could not get her head around why she couldn’t find a solution for this. 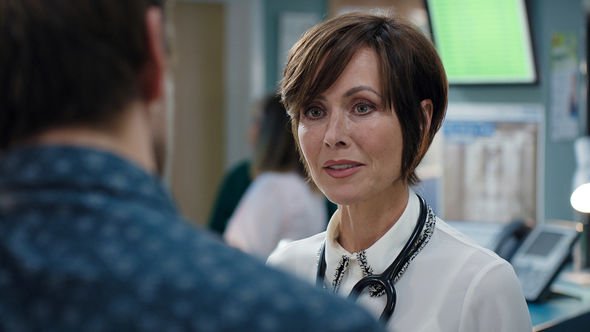 “It absolutely broke her, so we had a genuine reference point for Connie.”

Things will get worse for Connie when some of her colleagues start calling in sick leaving her and the department extremely understaffed.

“She stands up at the beginning and she says, ‘Some of us may get ill’, not contemplating that some of her team might not just get sick, but they could actually die,” Amanda revealed.

“I think she probably beats herself up over her naivety. She doesn’t fully understand it, and what the impact will be,” Inside Soap published. 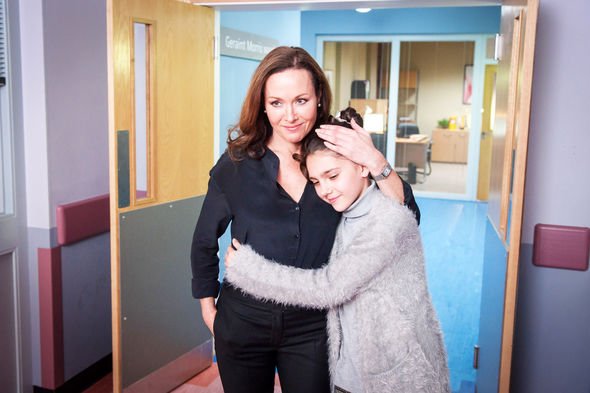 As for what’s in store for BBC One viewers tonight, Connie’s teenage daughter, Grace (Emily Carey) is back.

Her comeback however is not necessarily perfect timing as she has a “deep desire to be noticed and appreciated by her mother”.

“There are some great stories to come from her [Grace], she seems to constantly get into trouble!” Show boss Loretta Preece said.

“She and Connie don’t have the smoothest relationship and in many ways the apple doesn’t fall very far from the tree.”

Looking ahead to further in the year, fans will know the drama will reach its 35th anniversary in September.

So what’s in store for them?

“Loretta said: “We are going in a totally different direction for our 35th anniversary special, something very different which we are confident will be a real fan favourite. Watch this space.”

Casualty airs this evening 7:35pm on BBC One.

'Today': Valerie Bertinelli's Surprising Statement During Her Emotional Visit to the Morning Show