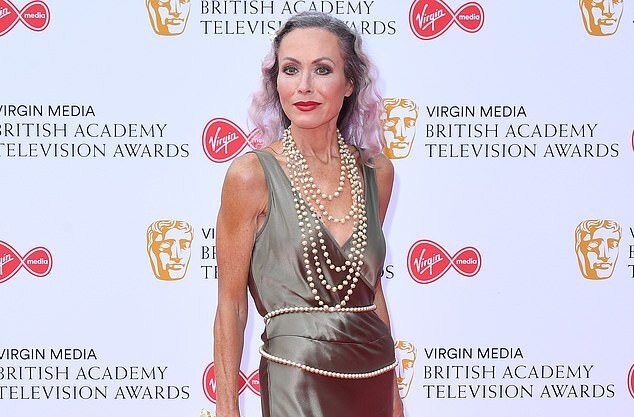 Casualty’s Amanda Mealing has opened up about her breast cancer experience to shine a light on the different types of breast cancer and the treatments available.

Amanda Mealing – known for playing Connie Beauchamp in the BBC One medical drama – was diagnosed with breast cancer in 2002.

The actress and director is working with GenesisCare to raise awareness and encourage people to seek treatment as early as possible.

It is said that over half (58%) of women admit to being in the dark about the different breast cancer treatments on offer and more than 1 in 10 are unaware there are several variations of breast cancer.

Metro.co.uk caught up with Amanda Mealing recently to talk about why she decided to be a part of GenesisCare’s new campaign:

‘The main thing about this campaign is to get people talking. Specifically, talking to each other and finding out information. We are all guilty of thinking that breast cancer is just mastectomy, radiotherapy and chemotherapy. It is in some cases, but not in every case, some breast cancers only need non evasive treatment. It’s about taking that fear away, it doesn’t have to be the worst-case scenario, but it will be if you ignore it. The key thing is to get talking, find out, ask questions, talk to women in your family, find out if there’s another woman in your family who’s had breast cancer because it could be time for you to have a test. You can get a test without having a diagnosis to find out if you carry the gene, all these things give you an option and that is the key thing. I’m able to speak with experience because I did that, I was as guilty of thinking breast cancer just means extensive treatments.’

Approximately 55,000 breast cancer cases are diagnosed in the UK each year, making it one of the most commonly diagnosed cancers.

For Amanda, after discovering a pea sized lump on her breast, she delayed getting a diagnosis and hopes discussing her experience will help people make contact with the doctors early as ‘the longer you leave it, the more you reduce your options’.

‘I’m guilty of finding a lump, a very small lump and ignoring it, which meant I went through the extensive treatments. Even though that’s the breast cancer I had, had I done something about it when it was a pea sized lump, I could’ve had the lump removed, probably. My treatment would not have been as extensive as it was. I know a lot of the time our fear – with any illness – is to ignore it.’

‘The thing is, if I understood that I was gambling with my life when I found that pea sized lump, would I have left it so long? No’, Amanda continued.

‘It’s really heart breaking when you hear of people like Sarah Harding – that is just a prime example of fear that prevented her. It’s absolutely heart breaking and when I read that, every breast cancer survivor, every cancer survivor will have just been hugely impacted by that because, once you have that experience of someone saying, “your life is on the line”, you never forget that. In those days of waiting for confirmation and treatment plans, you do nothing but reflect on your life and when you hear of a death from cancer, that moment comes back for you.

‘Sarah’s passing was quite recent so people will be able to recall that, it was so shocking. Please don’t let her death be in vain, it doesn’t have to be that way for any of us if we catch it early.’

Be it on television, radio or simply putting a poster up in the doctors on how to check your breasts, the subject is something people talk about a lot, but as statistics show, many people don’t know much about the wide variety of breast cancers.

For Amanda, she hopes bettering people’s knowledge will help encourage that all important discussion with a GP.

‘It’s the fear of unknown. Anxiety comes from knowing a little but not enough. If we understand there are different types of cancers and talk to women, it’s in our best interests to get a test. If we carry it, we can be proactive in checking ourselves, informing GPs, already you are on the front foot. For me, the lump on my breast went from pea sized to a very big, knotted mass in a matter of three months. When they first discovered it, that was it, they said “we’ll make you as comfortable as possible”. If I had the lump taken out I would’ve had very little other treatment and I wouldn’t have had to lose my hair! I’ve come across women who have had a diagnosis and not wanted chemo, because they didn’t want to lose their hair. I tried to be really gentle [to the woman] and talk her through it but in the end I said “what’s the point in having hair if you’re not here?”.

‘My thinking throughout my treatment was “if I have to lose a breast, if I have to lose my hair…if that’s what it costs to stay alive than that is nothing”. Breast reconstruction is phenomenal now. The upside – I ended up with perky breasts and my hair grew back! Please don’t let superficial things be barriers. My consultant said, “don’t worry about losing your breasts, that isn’t you”, we have to keep talking about those things. Don’t let that be a barrier to you getting the treatment you need to save your life.’

The day after giving birth to her second son, Amanda was given her diagnosis.

As she continued her chat with us, Amanda discussed how her family were impacted by her illness, explaining how she wanted her children to experience ‘the beauty of childhood’ as she went through her ordeal:

‘I’m a pragmatic person, my focus was entirely on the cancer, I was having a hand-to-hand combat with this thing. My approach was, I didn’t want this cancer to invade my life as it was already invading my body. I had very young children at the time, I wanted to the beauty of childhood to carry on around them. Even down to my hair, as it started to fall out, I didn’t want it to shock my son, so we went off into a corner with Papa’s shaver, and I got my boy to shave my hair so he was part of the game. Mama having no hair wasn’t shocking to him, it was part of a joke, it made it fun. In those instances where you have young children, try and involve them, don’t think you’re protecting them by lying. Be as honest as you can and involve them where you can.

‘There are so many brilliant support networks, but it is an individual journey, only you are going through that treatment. But people around you look at you as the key driver on how to approach it. I felt I had to be strong for everyone else, but you do need a release. I was worried about breaking down in tears in front of my family. There are loads of support networks where you can sit in a room and just scream and cry for the whole session or two minutes, and everyone will let you do it. If you do it with the people you love, they get so upset and then you feel upset for them, so those support networks are so important.’

‘Keep fighting if you are going through that, you do have a chance.’

Actor, director and breast cancer survivor Amanda Mealing is working with cancer care provider GenesisCare to equip women with knowledge of the different types of cancer and treatments available and encourage them to seek treatment as early as possible.

Who Has Sarah Silverman Dated? Why She’s 'Less Willing' to Date For 'Even the Potential of Love'