Speaking to new! magazine, Lee suggested which housemate Roxanne probably won’t be getting on with.

“I think probably Ryan Thomas. They’ve got a bit of history on the outside,” Lee said. “It was about 10 years ago when she was in Emmerdale. 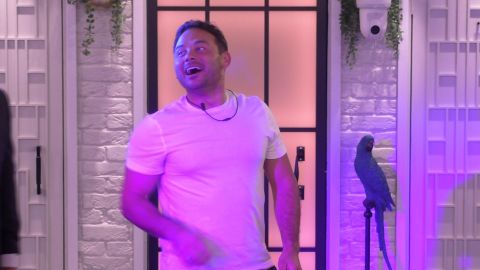 “Ryan was friends with one of the female extras in Coronation Street and he found out that Rox was going to be wearing the same dress as this girl to the Soap Awards.

“Anyway, Roxanne said that Ryan rang her and told her, ‘Don’t wear that dress tonight’.

“Then when she was at the event, she says he came up to her and said to her again, ‘I hope you haven’t brought that dress and you’re not going to wear it tonight.’

“Then he added, ‘Cos you know the consequences.'” 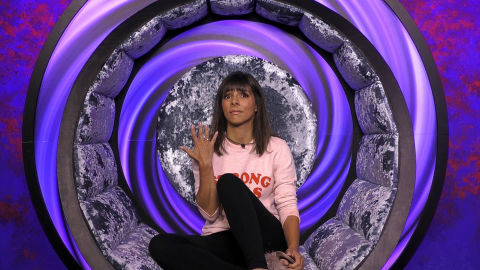 Lee went on to say that Roxanne did wear the dress, and that she hasn’t spoken to Ryan since.

Digital Spy has reached out to Ryan and Roxanne’s reps for comment.

Lee and Roxanne met online in 2017 after bonding over a shared love of Elvis Presley, and Lee popped the question just a few days after their first meeting.

They got matching tattoos while Lee saved for a ring, and he then proposed with it again following her recent car crash.

Read the full interview in this week’s new! magazine, on sale now.

Celebrity Big Brother continues tonight at 9.15pm on Channel 5, followed by Bit on the Side at 10.45pm and Live from the House at 11.45pm.