The former Towie star was asked to take his top off for a bizarre game where he had to guess what was being rubbed against his body. 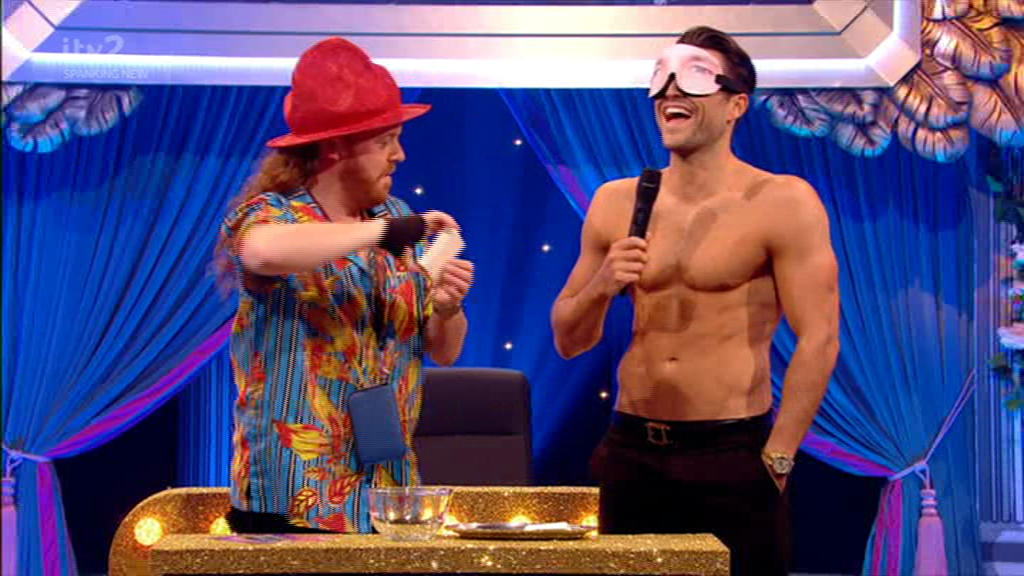 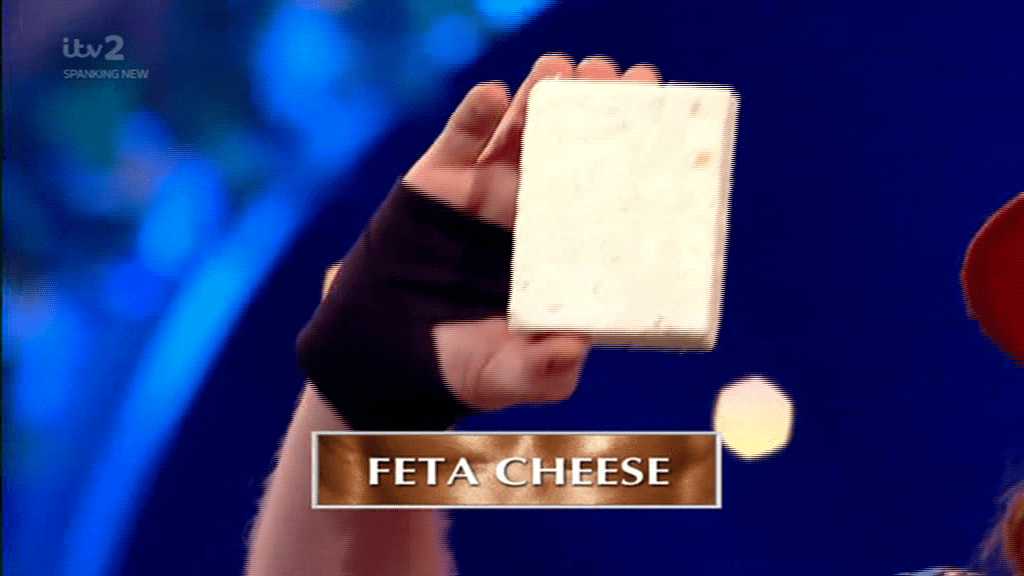 Host Keith Lemon invited Mark to the front of the stage for the game where he handed him a mask to put over his eyes.

The theme tune to Magic Mike started to play as Mark pulled off his top.

Viewers loved what they were seeing, with one tweeting: “Phwoar loving the eye candy tonight.”

Another wrote: “Mark Wright topless on @CelebJuice has made my day!” 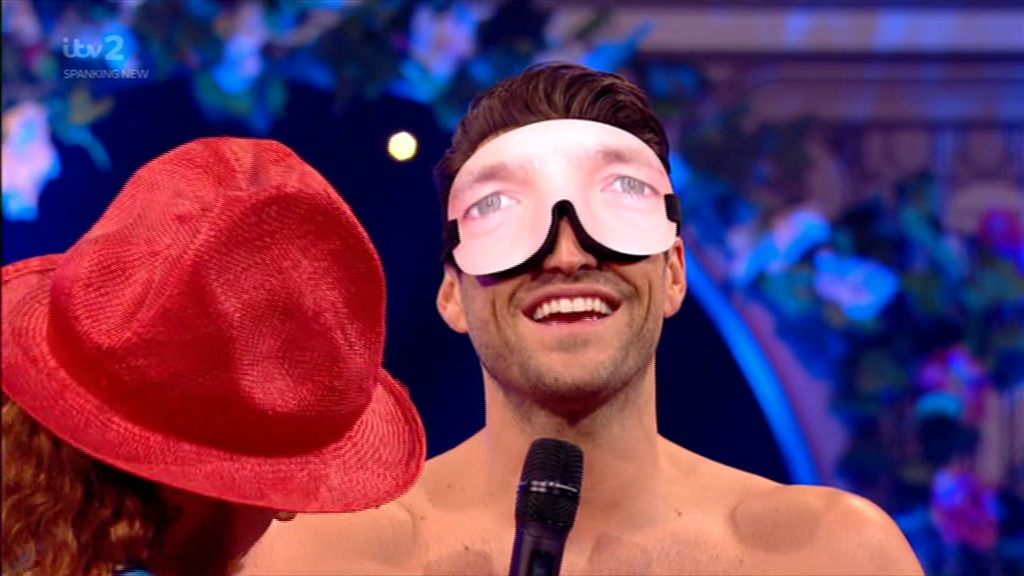 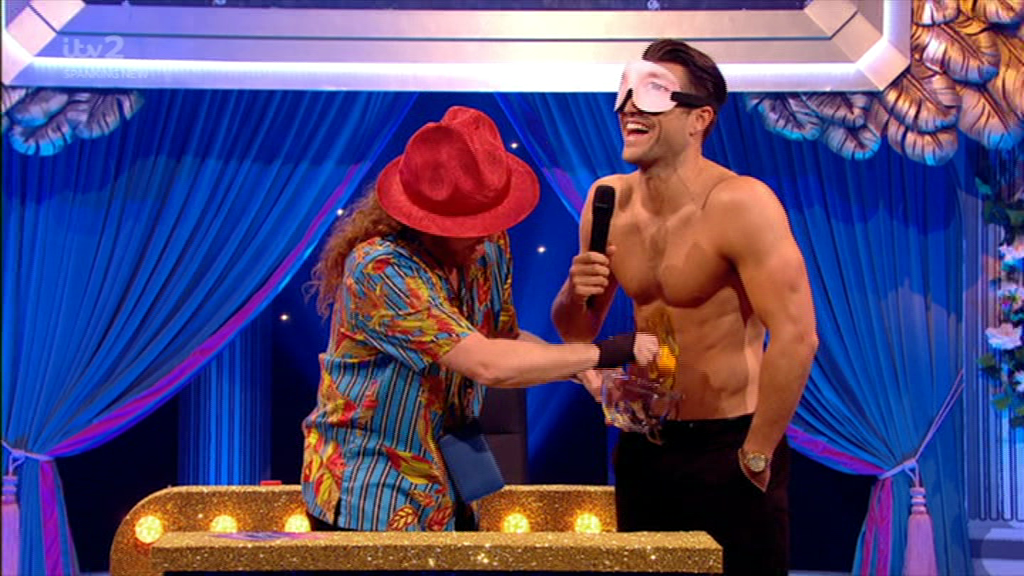 While a third told their followers: “Mark Wright’s body is amazing.”

Although they enjoyed the game, Mark wasn’t impressed when Keith started rubbing feta cheese on his abs.

He shouted: “That f***ing stinks,” as Keith started grating it on his stomach.

Keith laughed as Mark moaned about the stench and wrongly guessed it was Parmesan. After a hint, he finally got the question right and Keith moved on to his next item.

Pulling out an ice lolly, Keith started rubbing it over the cheese residue on Mark’s stomach.

But rather than complaining, cheeky Mark quipped: “That actually feels really nice,” as he started to moan.

Earlier in the episode, Mark was left red faced when Keith presented him with a very rude present for his wife Michelle Keegan.

Heartbreaking reason people are writing on their arms before Hurricane Florence