Callum Izzard’s antics were the talk of Twitter and while he undoubtedly stole the show, most viewers found his whole behaviour to be extremely cringey.

Typical of his ‘cheeky chappy’ persona, Callum invited Amy AND Nicole to join him on the Greek island for dates. What he didn’t consider was what would happen when the two women inevitably met each other.

With the reality show staging a seafront party – soaked in booze and potential romance – Callum was eventually faced with his worst nightmare: Amy and Nicole arriving to see him at the same time.

As you can tell from some of the below tweets, the cringe factor was on another level for viewers.

The craziest part was that even though Callum was effectively creating a competition between Nicole and Amy, he asked them both on dates in front of each other for later that night.

You’ve got to give it to him – the man’s got balls of steel. 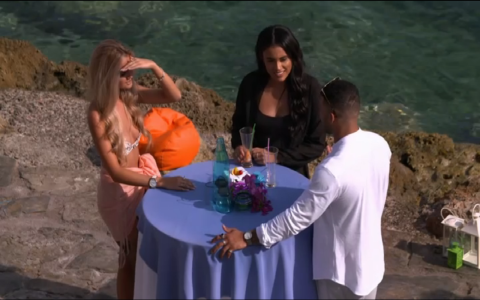 She didn’t just meet the potential love of her life, she was also introduced to his dad!

Celebs Go Dating continues on Thursday (November 8) at 9pm on E4 – with its series finale.

The Fashion Show That Moved Models and Editors to Tears

No-deal Brexit ‘WILL mean hard border on island of Ireland’