Some historical events, like some artists, are so significant they need only one name. Such is Chappaquiddick.

It's the name of a small island in Massachusetts, near Martha's Vineyard, the summer hangout of America's well-heeled east coasters, but since July 18, 1969, it has signified so much more. It's the place where Senator Edward "Ted" Kennedy drove his car off a bridge late at night and left his passenger, Mary Jo Kopechne, to drown inside the upturned vehicle. 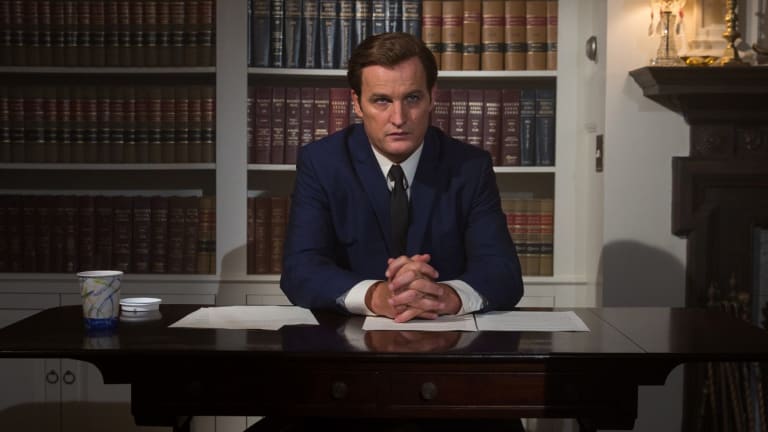 Its subject is the events of that night, and the week that followed, and it makes for sobering viewing (quite literally, given Kennedy was likely drunk at the time).

But why, I ask the director, make this film now, almost 50 years after the event and almost a decade after Kennedy's death?

"It felt like the right thing to do, like it was time to take an honest look at it," Curran says. "We premiered it at Toronto [International Film Festival] last September and suddenly there was the whole #MeToo movement, which is all about entitled men taking advantage of their power – so I'd say it's very timely."

Ted was the youngest of the four Kennedy brothers (and the youngest of nine Kennedy children). The oldest, Joseph Junior, was killed in World War II; the second son, John (aka Jack, aka JFK), became the 35th president of the United States; third son Robert (aka Bobby) was destined to follow him until he, like John, was assassinated. 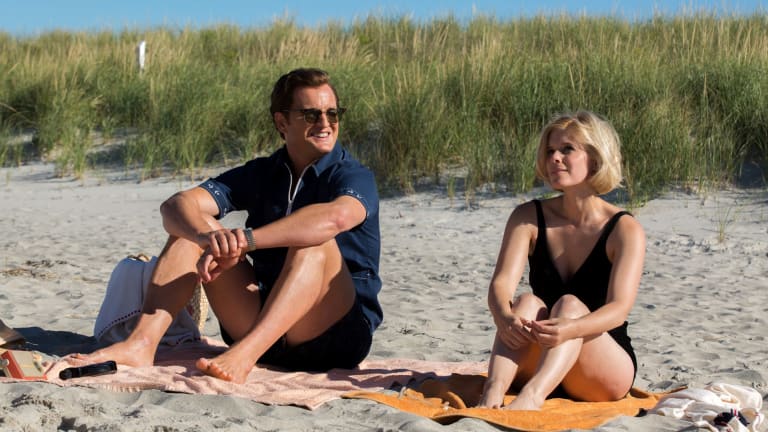 Mary Jo Kopechne (Kate Mara) had been a member of Bobby Kennedy’s support staff before his assassination.

And by 1969, that left Teddy to carry the blazing torch of his father's ambitions, a task for which he felt singularly unqualified.

"Growing up you said Jack's the charming one, Bobby's the brilliant one and Joe jnr was the favourite one," Clarke's Ted says to his father Joe (Bruce Dern) in the film. "Well, what did that leave for me, Dad? The dumb one? The fat one? I'll tell you … the one who got in the most trouble." 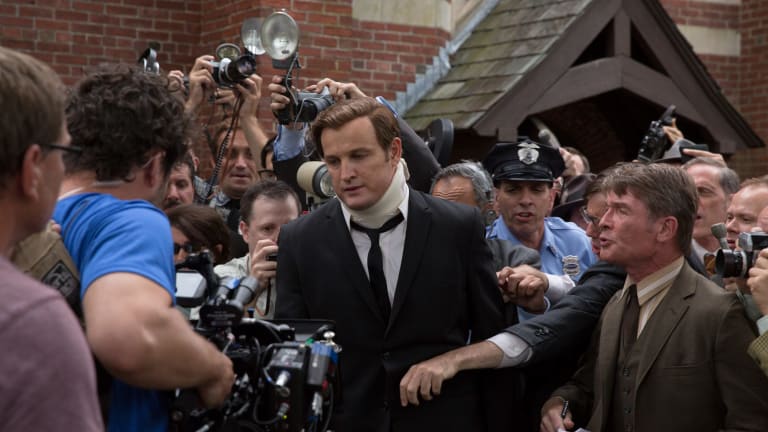 The film reveals Kennedy’s desperation to save his own neck. He even faked an injury to try to garner sympathy.

It's a powerful scene, pointing to some of the key themes in the story: the weight of familial expectation; the impossibility of meeting a distant father's standards; and the self-pitying streak, through which Ted could manage to make himself the victim of that terrible night in Chappaquiddick.

Two more scenes point to this last aspect in particular. First, when Kennedy telephones his cousin and confidante Joe Gargan (Ed Helms) to come to his aid, the first words he utters are "I'm not going to be president". 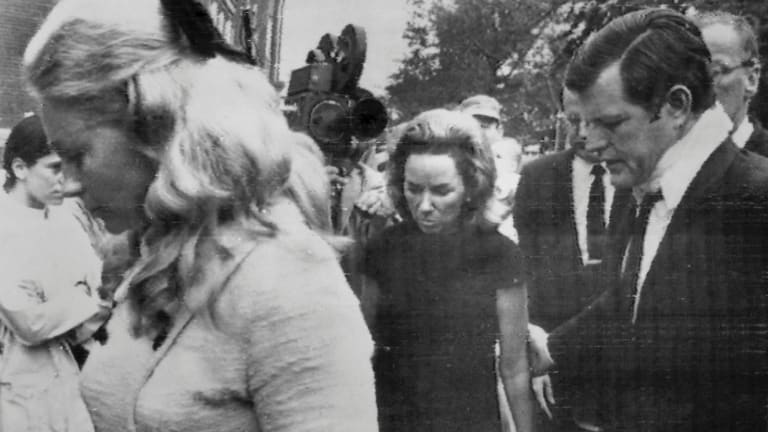 Edward Kennedy, with neck brace, with Robert Kennedy’s widow Ethel at his immediate left and his wife Joan, at Mary Jo’s funeral.

Second, while Gargan and another friend dive in a futile attempt to rescue Mary Jo – who is, according to the film, still alive at this stage – Kennedy sits on dry land, head in hands, wailing, "How could this happen to me?".

It would be easy to assume, then, that Curran and screenwriters Taylor Allen and Andrew Logan were on a mission to demolish the reputation of Ted Kennedy, who had been in the US Senate for seven years at the time of the accident and remained there for another 40 years after it, and earned a reputation as one of the best deal-makers, and most effective liberals, in US politics. 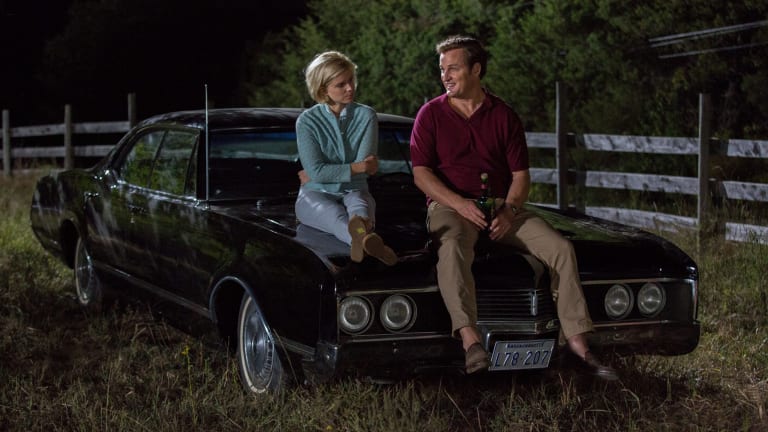 John Curran’s film is coy about whether or not Kopechne and Kennedy were lovers. ‘I just don’t know,’ the director says. ‘We don’t know.’

Not so, says Curran. "I, and most of the people who made this film, are left-leaning Democrats. But I felt as much as I admired Ted Kennedy and what he stood for and his legislation, I definitely had a blind spot about this very historical seven days in his life."

Though it's far from a flattering account of Kennedy's behaviour before and after the accident, Chappaquiddick draws extensively on official accounts – including the Senator's own version of what happened. 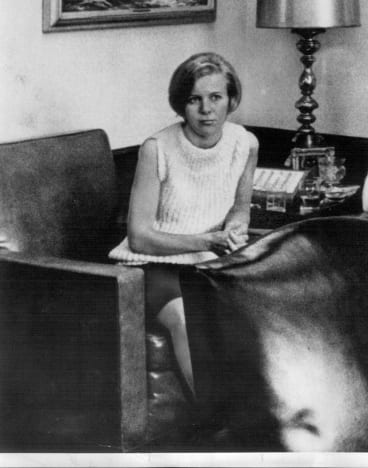 "Obviously there's dramatic invention, conversations we weren't privy to, that we've completely made up, because it's a film," Curran says. "But my thing with the writers was let's stick to the facts we know, from the inquest, testimony, people who talked in documentaries years afterwards, certain information we got from books – everything we can corroborate as being as close to the facts as we know."

To that end, the film is hazy on whether or not Kennedy and Kopechne were having an affair (though in a version of the screenplay available to read online, all doubt is removed).

"I don't know if he had a relationship with her or not, there's no evidence that he did, so I imply it but I think people watching the film will project their own idea of whether he did or didn't," Curran says. "I just don't know, we don't know. It's as much about all the other ideas as it is about the ones we think we know."

All that ambiguity can't hide the fact that in the moment and in the days that followed, Kennedy behaved reprehensibly, far more concerned with protecting his political career than with doing the honourable thing. Are we meant to conclude then that the years that followed in the Senate were a prolonged attempt to atone for the sins committed in the week covered by the film?

"There's no getting around that part of his career," says Curran, who notes that he, like Kennedy, was raised Catholic, and that redemption is a key tenet of the faith. "He never got over a lot of his flaws in a way, his weakness for drinking, for carousing, whatever. But in terms of public service he had a pretty remarkable career, and he achieved a remarkable amount, working as no one else does in this country. He knew how to work across the aisle and find compromise with the opposing party. So it's very complicated.

"It's like these guys now who are getting nailed for different things" – he's referring to the post-Weinstein wave of accusations of appalling behaviour by powerful men – "can you separate their legacy from the history of them as a person? It's very difficult."

More difficult in some cases than others, no doubt. Can you, for instance, imagine a similar film being made about Donald Trump some time down the track?

Here's hoping it's not with the president driving the entire country off a bridge.

The Billboard Music Awards Red Carpet Is Sexy as Hell — It's Vegas, Baby!