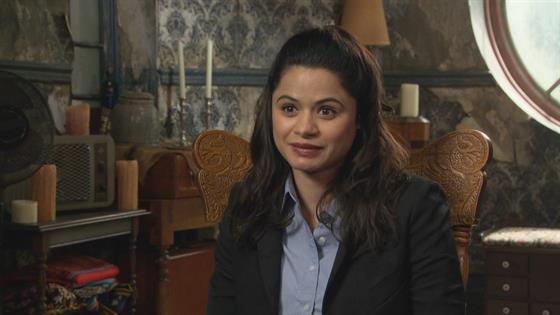 Things are gettin’ spooky on the CW’s new iteration of Charmed.

The show is celebrating Halloween this week with a big Halloween party (duh), mostly so Maggie can help herself get into her dream sorority, but also so we get to see everyone dressed up in elaborate costumes. There’s also a demon (duh) on the loose, meaning those costumes had better be practical for demon-chasing. E! News was on set for the Halloween party and got the scoop on the soiree.

“Macy gets a text saying that there’s going to be some sort of party at our house, and we’re like what is this party about? And we’re like oh, obviously, it’s Maggie,” Melonie Diaz teases. “So we come home, and she’s done this spell to transform the house into like this really fancy Halloween extravaganza.”

While the party is mainly for Maggie to schmooze, it’s obviously not just her night. “Sparks are flying” between Macy (Madeleine Mantock) and Galvin (Ser’Darius Blain) after he gets mysteriously invited to the party, Blain says.

“Sparks are flyin’, the house is on fire,” he teases.

TV Reboots, Remakes and Revivals Guide: Which Shows Are Returning From the Dead? 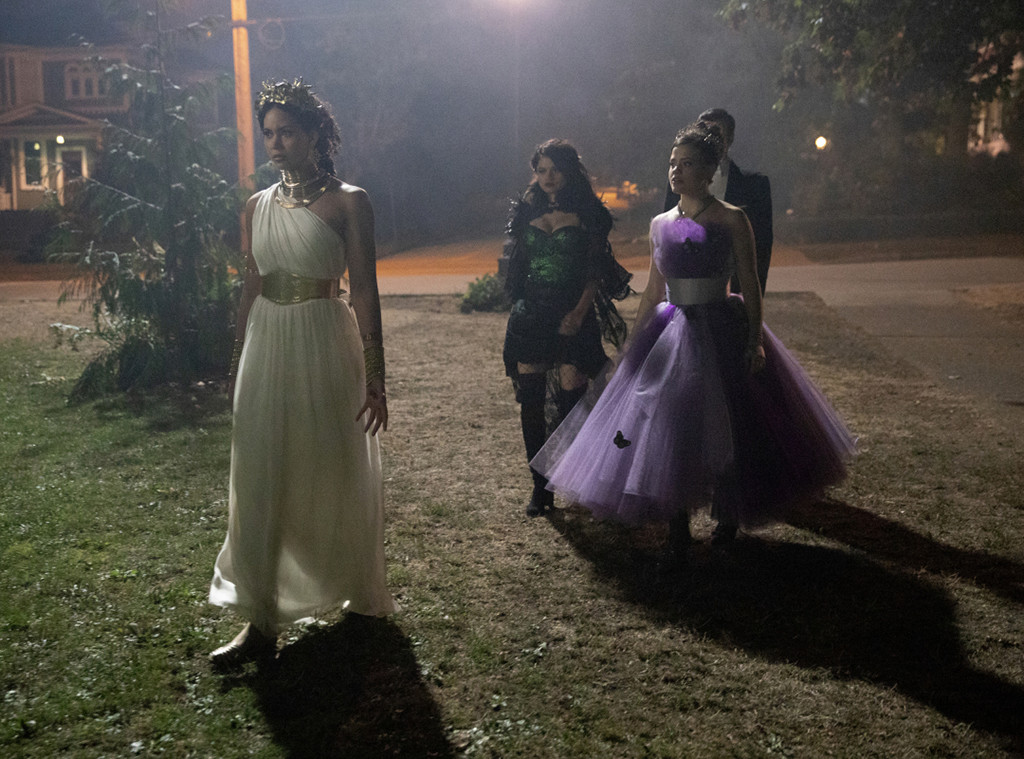 But like we said, there’s work to be done as well as partying.

“We’re in the midst of a Halloween party, looking for and trying to discover this powerful demon by the name of the Harbinger,” Rupert Evans says. “So we’re running around looking for this demon, and we’re not sure who or what they are.”

While the show is getting really into the holiday, most of the cast seems to not be all that into it, for mostly good reasons.

Diaz says she was never allowed to celebrate growing up, and both Evans and Mantock grew up outside of the U.S., where Halloween wasn’t really celebrated much at all.

“Growing up in England, I feel like it’s not so much of a holiday,” Mantock says. “I don’t think my parents were very happy about me going out to knock on strangers’ doors as a child, strangely.”

Blain, however, is so into Halloween that he was once named #18 on Time Magazine’s Top 20 Costumes in New York when he dressed as an “elaborate” nerd.

“It’s a mischief night, you know,” he says of the holiday. “It’s a night where nobody’s gonna look down on you for getting a little wild.”

You can see Charmed get a little wild this Sunday, and hear more from the cast in the video above! Be sure to check out our interview with the costume designer, too!

Charmed airs Sundays at 9 p.m. on the CW.

Gulf Coast prepares for the worst as Barry strengthens

Scottish Highlands home with a private beach on sale for £750,000