CHEYANN Shaw is dead at 27 after her battle with stage four ovarian cancer.

The sad news was shared on Cheyann's Instagram account on Monday, as the fitness influencer's family said she was "called to heaven." 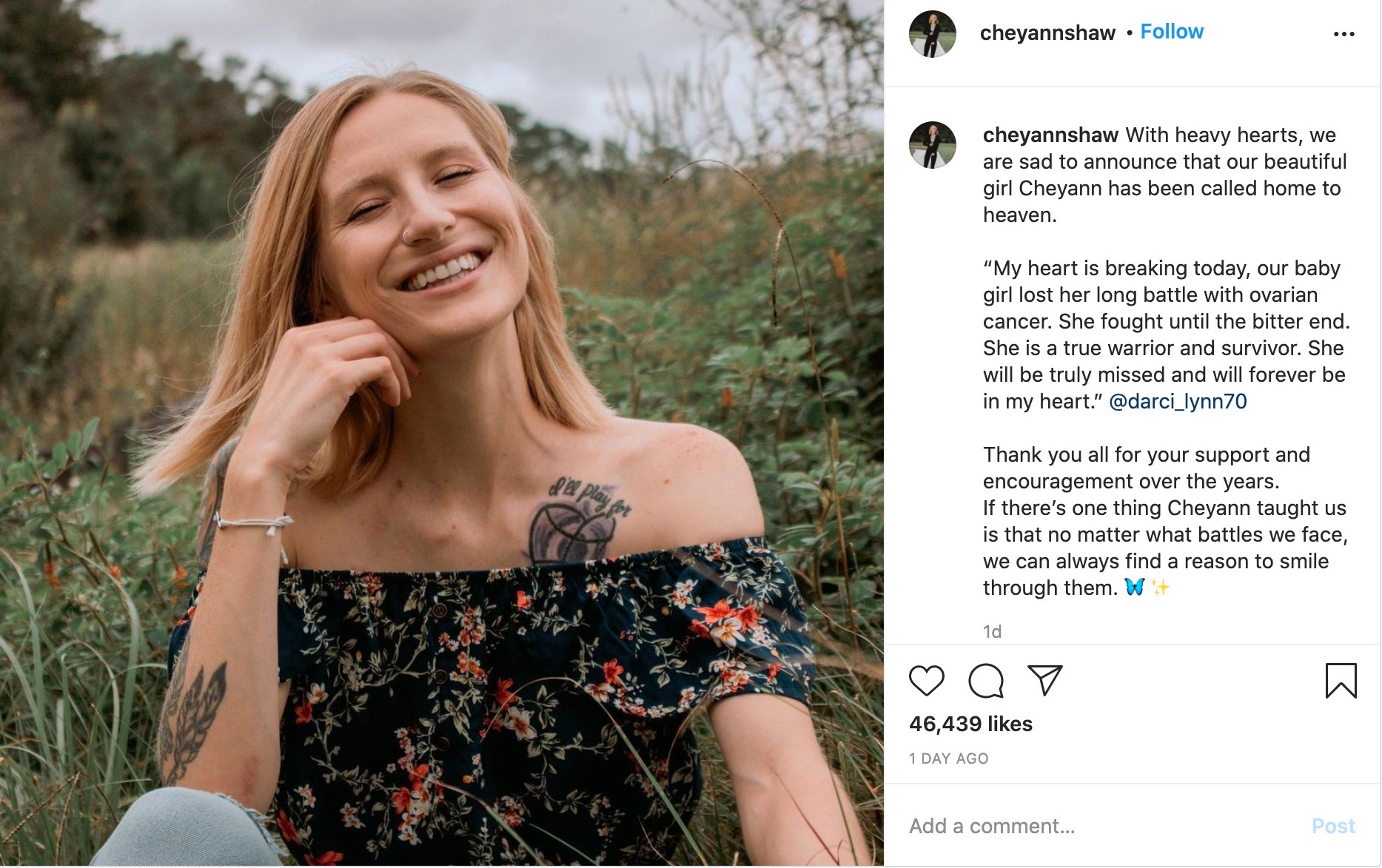 Alongside a snap of the fitness influencer smiling while sitting in a field, the caption began: "With heavy hearts, we are sad to announce that our beautiful girl Cheyann has been called home to heaven."

The caption also included a quote from Cheyann's mother, which read: "My heart is breaking today, our baby girl lost her long battle with ovarian cancer. She fought until the bitter end. She is a true warrior and survivor. She will be truly missed and will forever be in my heart."

The family's statement concluded by thanking Cheyann's fans for their supporters, writing: "Thank you all for your support and encouragement over the years. If there’s one thing Cheyann taught us is that no matter what battles we face, we can always find a reason to smile through them. ? ✨"

Cheyann battled cancer for four years after she was first diagnosed with stage four ovarian cancer in 2016.

She underwent chemotherapy and then a surgery that had her lose her spleen, appendix, uterus and part of her colon. 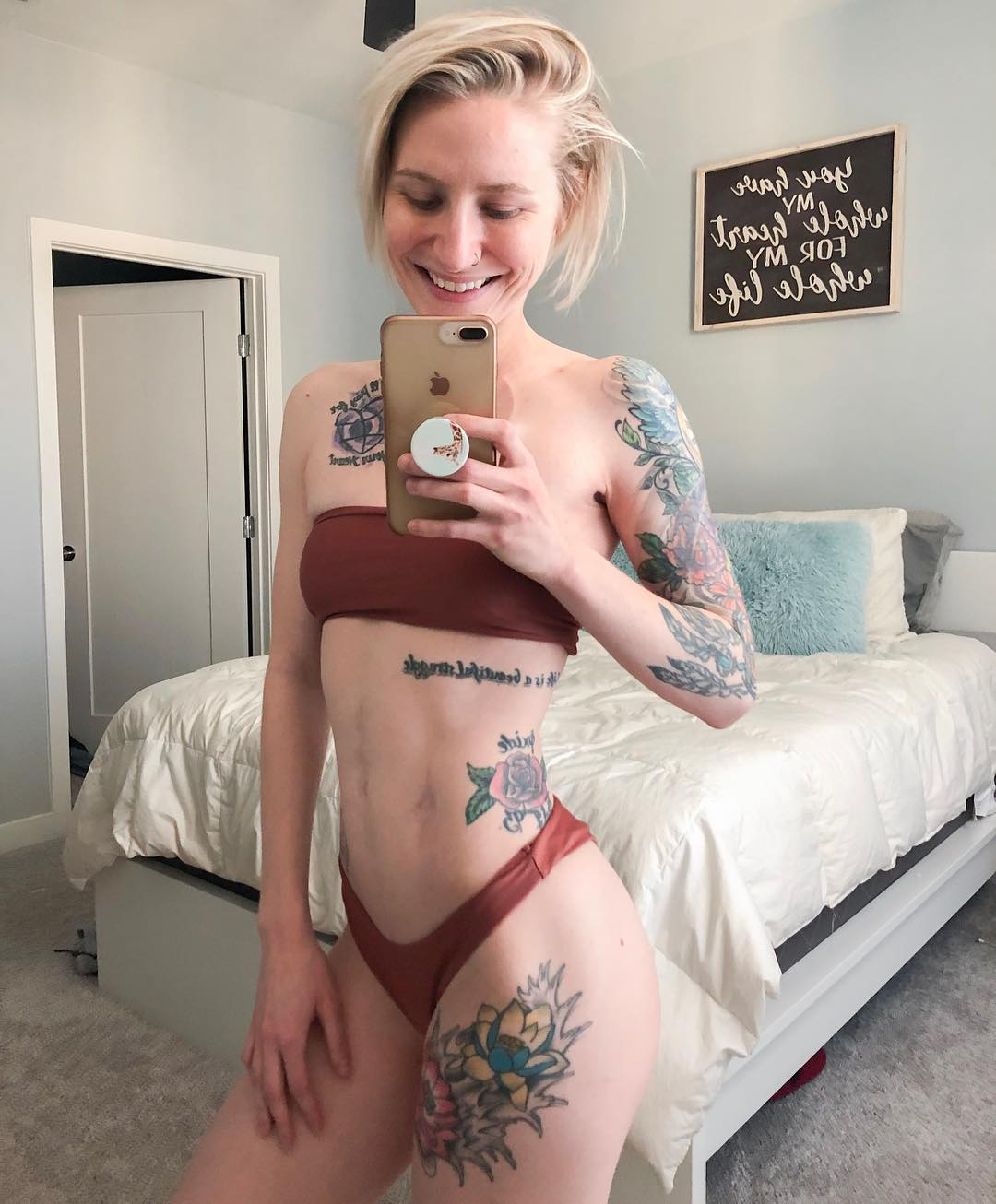 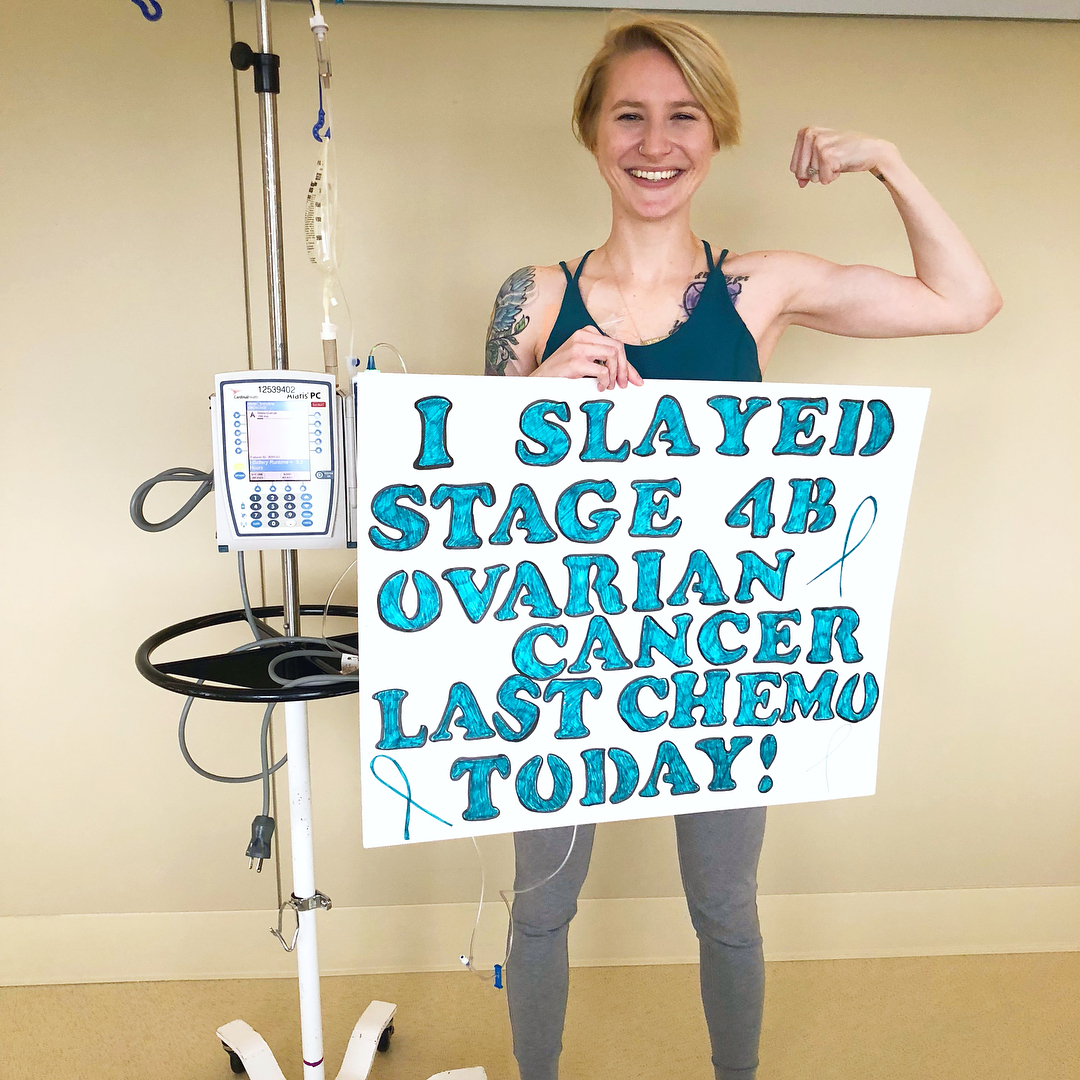 The fitness influencer announced to her followers that she was officially cancer-free one year later.

She revealed to her followers that her cancer sadly returned on January 15.

Cheyann revealed in an Instagram post: "This is not the news I wanted to tell y’all…Sadly, there is cancer in 4 of my lymph nodes.

"I actually found out on Monday from my online report that was sent to me but today it was confirmed that there is small activity of cancer."

She added: "I’ve had cancer in 3 out of the 4 spots before and I beat it; this time is NO DIFFERENT!" she added. "I will win and I will beat this beast again." 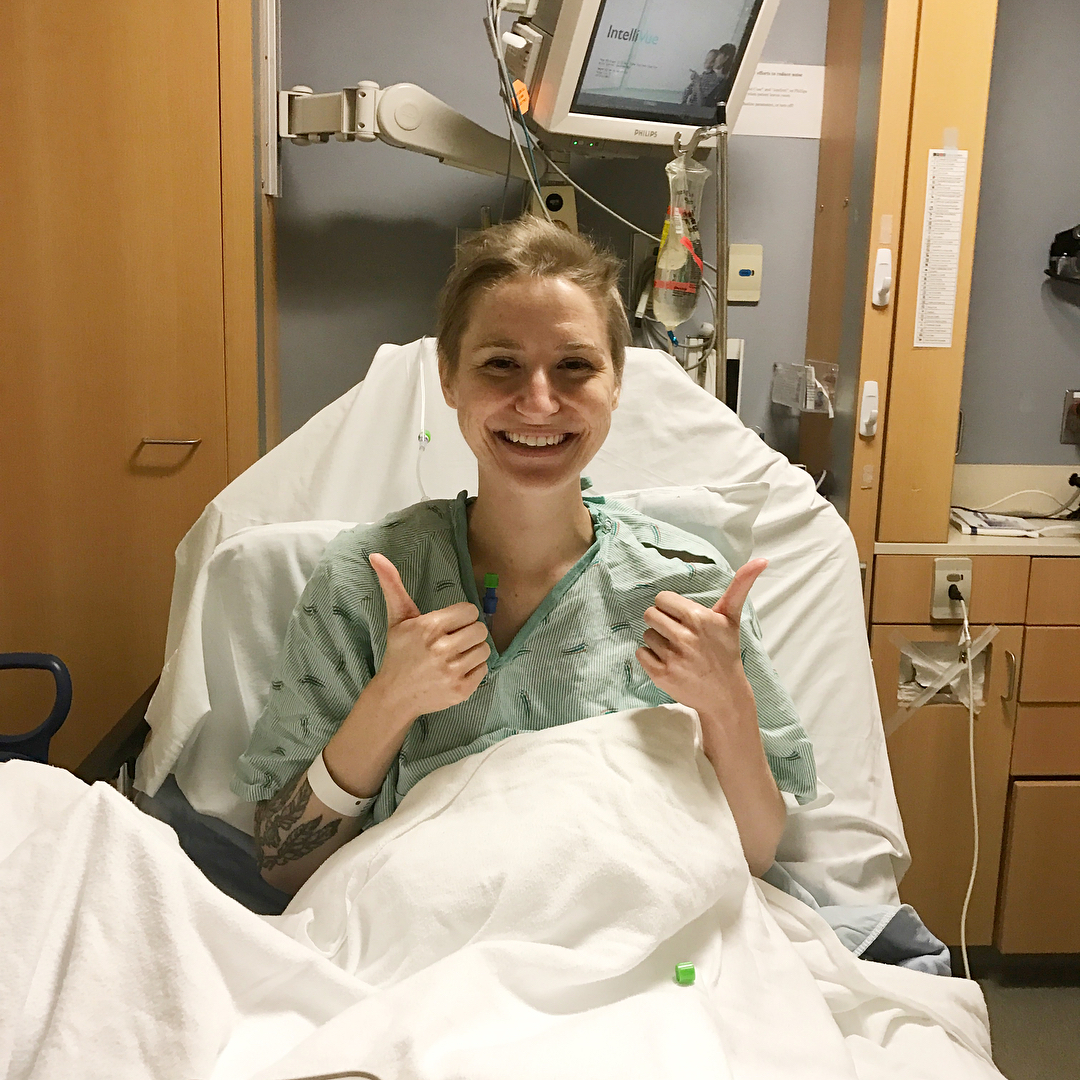 Back in 2019, she told her followers that she "hardly recognized" herself when she shed a dramatic amount of weight in a short period of time after doctors discovered a beach ball-sized tumor in her stomach in August 2016.

Alongside a photo of herself while battling cancer and another of her after recovery, she wrote: "Left- I was only 97lbs and still fighting for my life. When I was diagnosed with cancer I lost over 33lbs within weeks because of chemo and the cancer itself.

"I had lost all my weight and muscles that I worked so hard for and within a blink of an eye, I hardly recognized myself in the mirror. I had to learn to love myself even when I had a hard time looking at myself.

"Right- Taken today. 1 year and 4 months later. Honestly, I cried like a big baby when I saw these pictures next to each other. So much has changed since the picture on the left and I’m forever thankful and grateful.

"In 1 year and 4 months I have gained 15lbs back, celebrated 1 year of no evidence of disease, and I have never felt happier or more confident in my life." 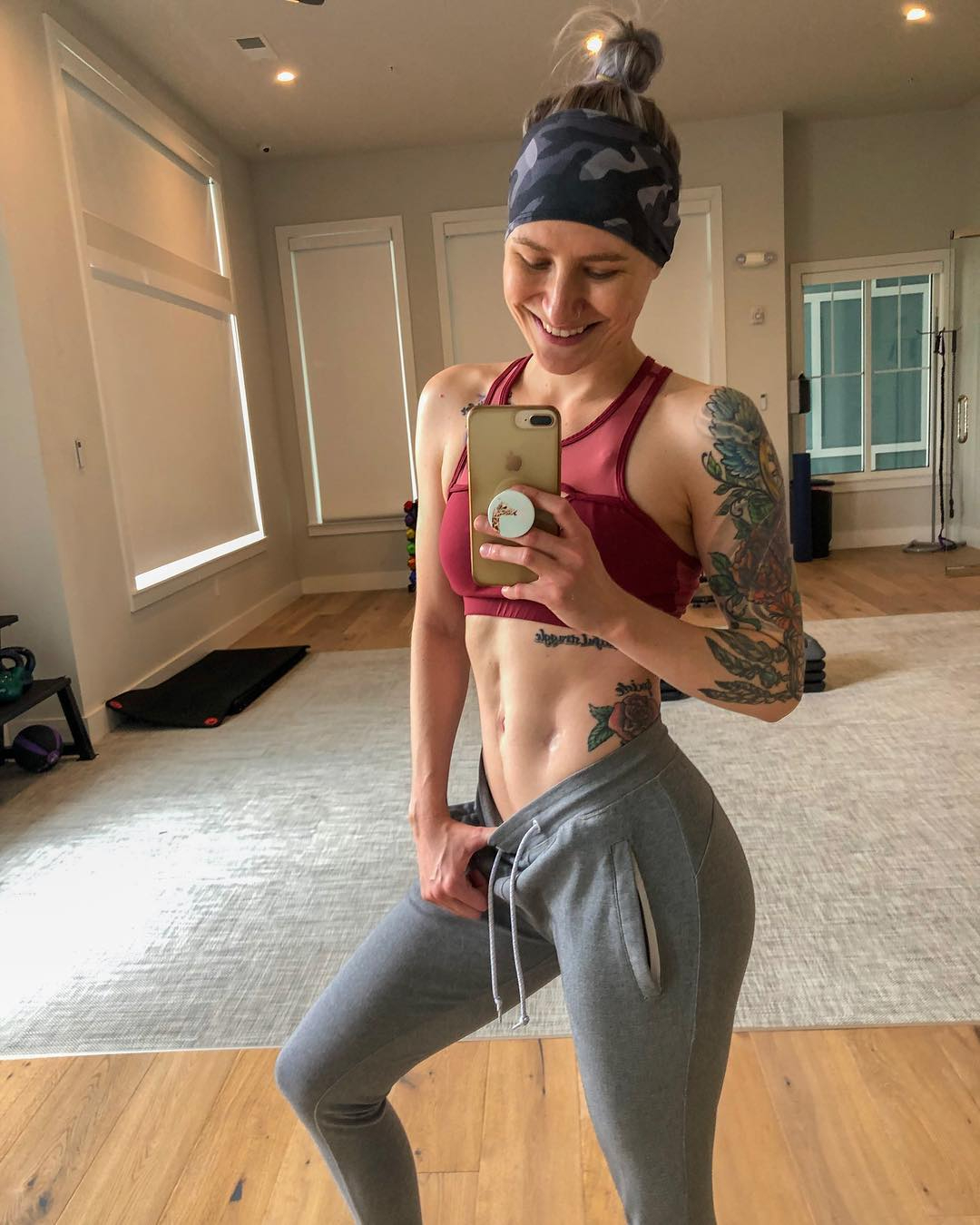 This sexy ‘Crazy Rich Asians’ star was almost a lawyer

Trivia: Michael Jackson Wanted to Buy Marvel in the '90s So He Could Play Spider-Man in a Movie