Meanwhile, the show's newbie Faith Mullen fell out of the cast's minibus after they partied at Bijoux in Newcastle. 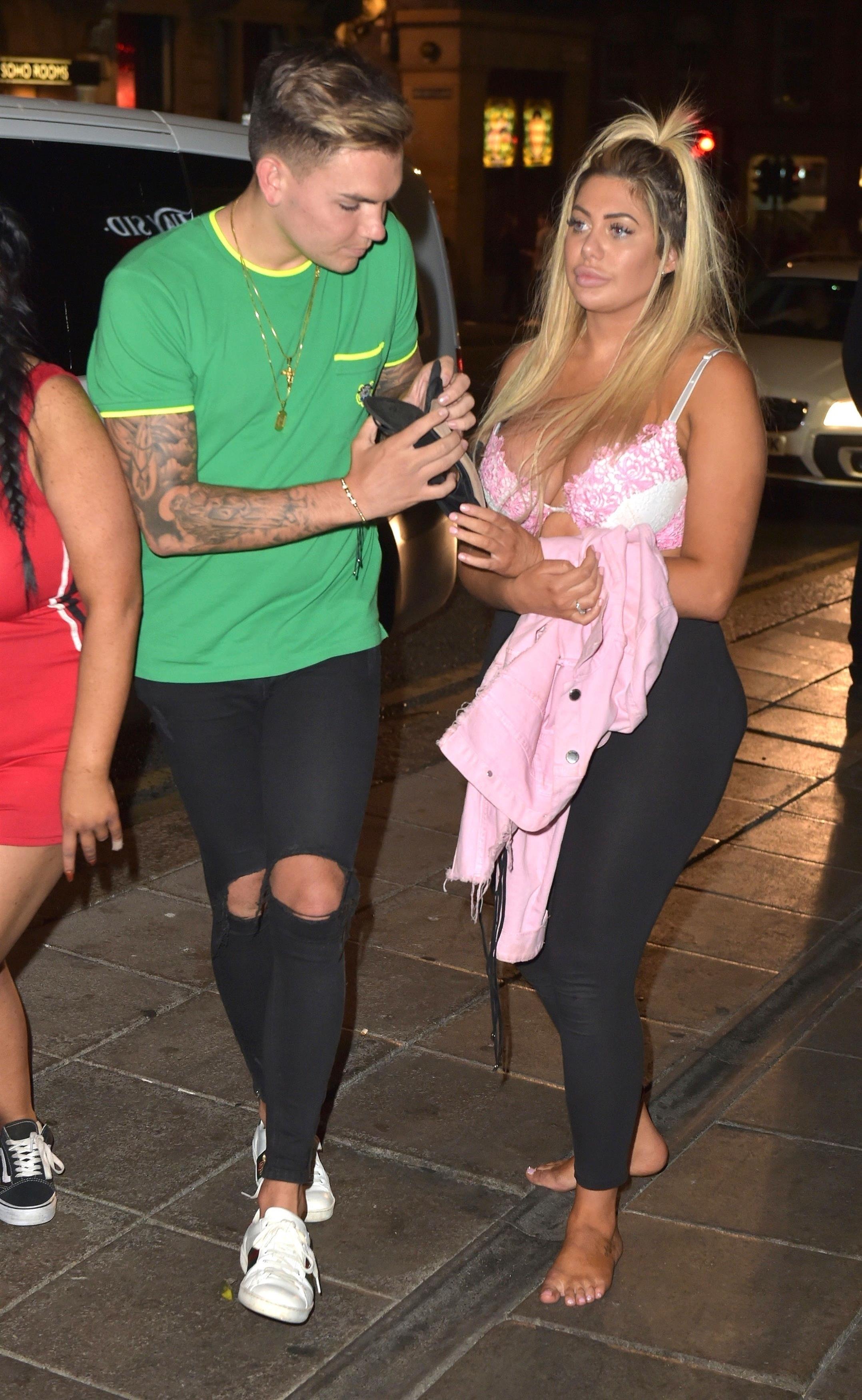 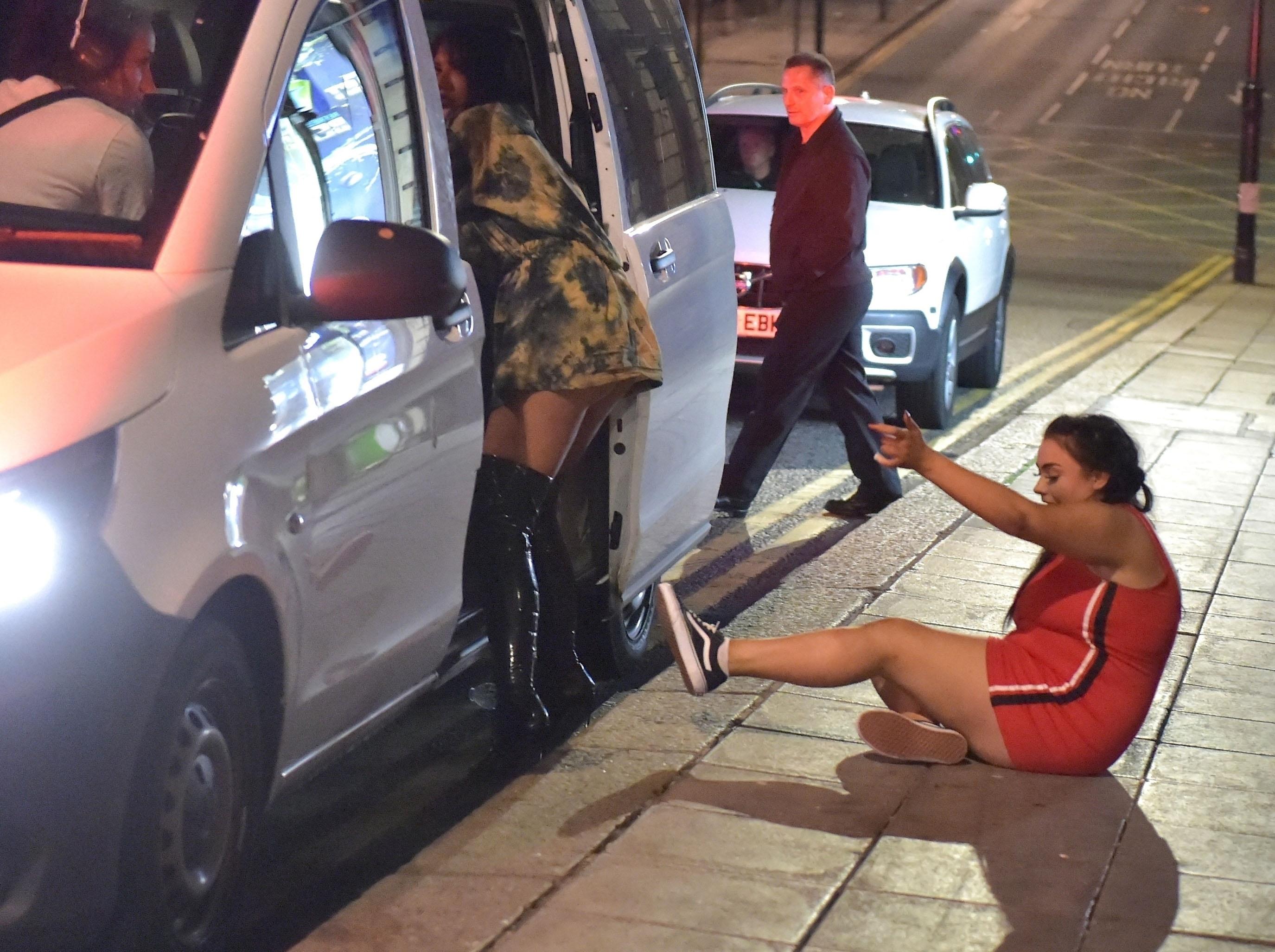 Chloe, 22, was walking along with her boyfriend and co-star Sam Gowland, who helped her by holding her shoes for her.

The clumsy star had also appeared to take her top off as she was dressed in a pair of black jeans and a pink and white bra.

The cast had clearly had a big night, as newbie Faith Mullen attempted to get into the waiting minibus, but failed and collapsed into a heap on the pavement.

She was later given a helping hand from Abbie Holborn, who pulled her up and helped her in the taxi. 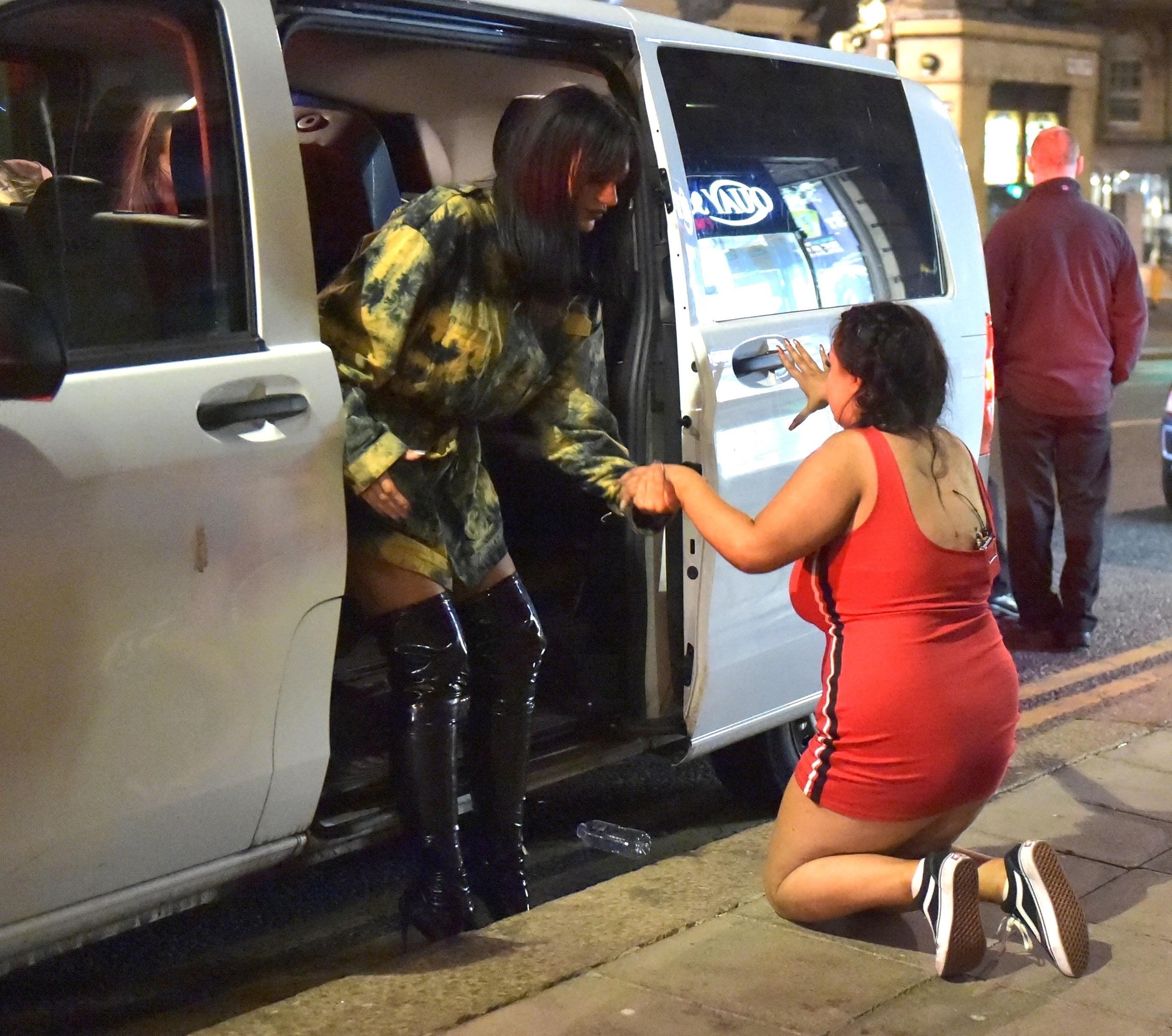 The wild night out comes after Chloe and Sam, who met on the show last year, had a row on a night out just days before.

They were partying in their favourite place, the TupTup nightclub, with Faith when they had a bust-up.

They were spotted having a heated discussion and looking miserable as a producer tried to calm them down.

Chloe ended up leaving with Sam before the rest of the gang. 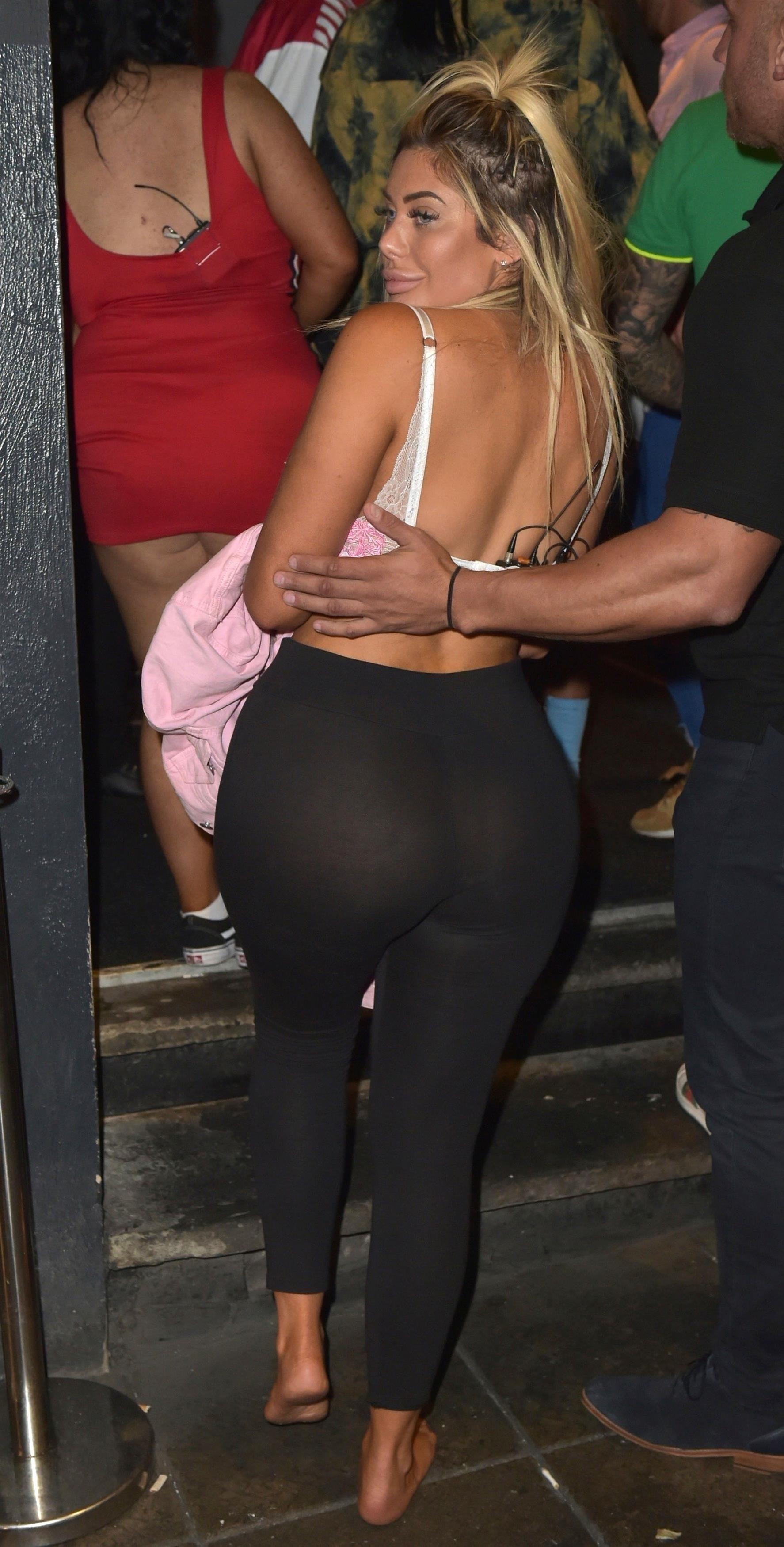 The same weekend, filming was cut short in Blackpool after a fight broke out.

The cast were spotted leaving Home HQ Nightclub around 2am in the morning as a police car and van rushed to the scene.

An insider told The Sun Online: “The cast were really excited to be back in Blackpool after their four year ban.

“Things were going well until a fight broke out and they all had to leave – cutting filming short.”

The Lancashire police force told The Sun Online: “We had a call at about 2am on Saturday as someone was unhappy they were being ejected from the club.”

There is no suggestion that any members of Geordie Shore were involved in the fight. A spokesperson for the MTV show declined to comment when contacted by The Sun Online.

Missing Wisconsin girl was home when parents were shot to death, sheriff says

Meghan Markle ‘Heartbroken’ Over Dad’s ‘Betrayal’: Is She Going To Cut Him Out Of Her Life?

Covid 19: No, vaccinated people are not ‘just as infectious’ as unvaccinated