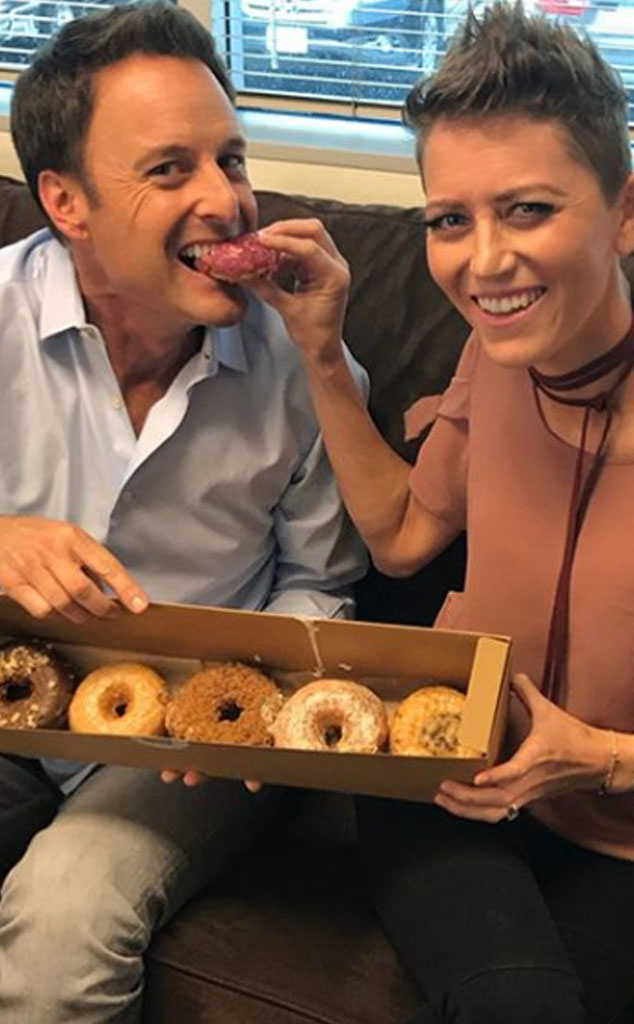 Over the years, the show The Bachelor has become far more than a reality TV show, but a family. This week, it was revealed that the fans and contestants of the show lost one of their biggest supporters. Host Chris Harrison took to Instagram on Friday to reveal that his friend Kim White had passed away after more than five years battling cancer.

“#BachelorNation lost one of its biggest fans today and I lost a dear friend. I met @kimcankickit about 7 years ago by coincidence at a concert in LA. She was a young beautiful woman who’d just been handed the news she would be dying soon of cancer,” the longtime host wrote in a sweet tribute to his friend. “I told her that year if she was healthy enough I’d like to have her as my guest at the After the Final Rose special. She made it that year and I told her as long as she had the strength, from then on, she had a seat in the front row. Kim made it to every live special I’ve hosted since and a friendship and love was formed that changed my life.”

He continued, “There were years Kim was completely bald and looked like she could barely stand but she was there. She endured more surgeries and procedures than any human I’ll ever know, yet her spirit and faith endured. To say she was strong, courageous and brave would be a gross understatement. To say I learned so much and gained so much perspective from her would be falling short of her true impact.”

He went on to share Kim’s greatest life accomplishment—being a wife and a mother. “We laughed, we cried our eyes out and we cussed. The only thing Kim was ever really sad or disappointed about was her guilt of not being a better wife and mother,” Chris revealed. “Yes, even in excruciating agony and relentless battles all she cared about is how much she was loving others. I know the rest of her body failed her but her heart sure as hell didn’t. It was as pure as her eyes were blue.”

Chris closed his sentiments thanking his friend for their time together and resting in the fact that she is finally at peace now.

“I will miss my friend very much. I will miss looking in the front row and seeing her beautiful loving smile. I’ll miss our texts and FT’s where we talked about the show but mostly about life and what was next. Kim was always looking for the next battle, the next step, the next accomplishment,” he shared. “I’m grateful this beautiful soul came into my life. She truly touched everyone she met and that is the definition of living. She’s free of that broken body she was given and I find tremendous peace in that. But a beautiful girl lost her mom a wonderful loving man @heyurkimshusband lost his wife and I lost a true friend. I love you Kim!”

Lots of members from Bachelor Nation were quick to share their own thoughts on his post. Including Chris’ girlfriend Lauren Zima who showed support for her love with three heart emojis. Former Bachelor Ben Higgins also reached out to show his support. “Wow, she radiates a light into this world,” he commented on the post. “This is tough, but I am so lucky to have met her.”

JoJo Fletcheralso extended her condolences to the host for his loss. Saying, “She was such a beautiful soul. Loved getting the chance to meet her. Praying for her loved ones.”

North Korea has been enriching uranium for nukes for months, pics suggest after experts warn of ‘catastrophic threat'