Colin Trevorrow helped revived the Jurassic Park franchise with 2015’s Jurassic World, which he co-wrote and directed. The film was a huge blockbuster success, becoming the second biggest film of the year and the fourth highest-grossing film of all time (without inflation).

But Trevorrow wasn’t actually the first choice to helm the fourth entry in the franchise. During a visit to the set of Jurassic World: Fallen Kingdom, producers Frank Marshall and Pat Crowley told SlashFilm that JA Bayona, director of Fallen Kingdom, was actually going to direct the comeback originally.

Marshall told the publication that Bayona couldn’t do it at the time, recalling a conversation he had with the director: “[JA] said, ‘I need a lot of time. I know what I need. I need my prep time. I have a certain process I go through and all that. And I just don’t think I can do it. So thanks, but no thanks.'”

Obviously the producers kept Bayona in mind, and now he has directed the sequel from a script once again co-written by Trevorrow.

Crowley says that the two directors “hit it off” and shared ideas, which made for a good working environment. 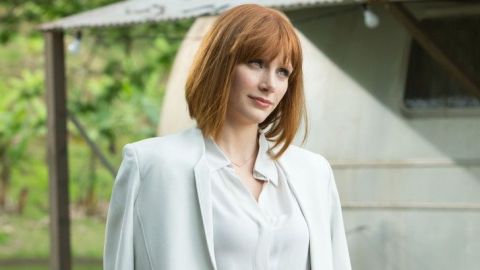 “Colin [is] the architect of the second one and the third one,” Crowley added. “And he and JA hit it off. So JA then felt much more comfortable…

“So it wasn’t as if it was just some script that he had to try to adapt. And they kind of they shared [ideas] together. So that was a big kind of thing.”

A third Jurassic World film has already been announced, to be directed by… Colin Trevorrow!

And while we’re on the subject of dinosaurs and directors, did you know James Cameron almost directed the original Jurassic Park?

Jurassic World: Fallen Kingdom will be in cinemas on June 7, with the third film following on June 11, 2021.

Jake Paul: Why He Wants To Fight Floyd Mayweather Even Though He Knows He’ll Get ‘Decimated’

Blac Chyna shades Rob Kardashian, Tyga for not providing for their kids