Fox has a good night Thursday, just days after the 2021 World Series ender, as its coverage of NFL Football topped primetime, again. The match up between the Indianapolis Colts and New York Jets, which saw the latter win 45-30, drew in a 1.8 rating in the 18-49 demo and 7.32 million viewers in preliminary numbers.

The NFL game might have topped Thursday in both rating and viewers, but it marked Thursday Night Football‘s weakest showing in 5 weeks. The showdown dropped sharply from last week’s game (3.2, 12.93M). Of course, numbers may rise pending adjustment – as is the case with most live events.

Coming in with the second-highest viewership of the evening among the non-sports titles was CBS newcomer Ghosts (0.5, 5.75M). The comedy has stayed stable in demo rating and continues to rise in viewers.

ABC had a quiet night as Station 19 and Grey’s Anatomy took another week’s break. The network’s evening peaked with The Queen Family Singalong (0.5, 3.40M). ABC’s primetime fizzled out with reruns of Queens, which will momentarily bid farewell to star Eve as she prepares to give birth to her first child. 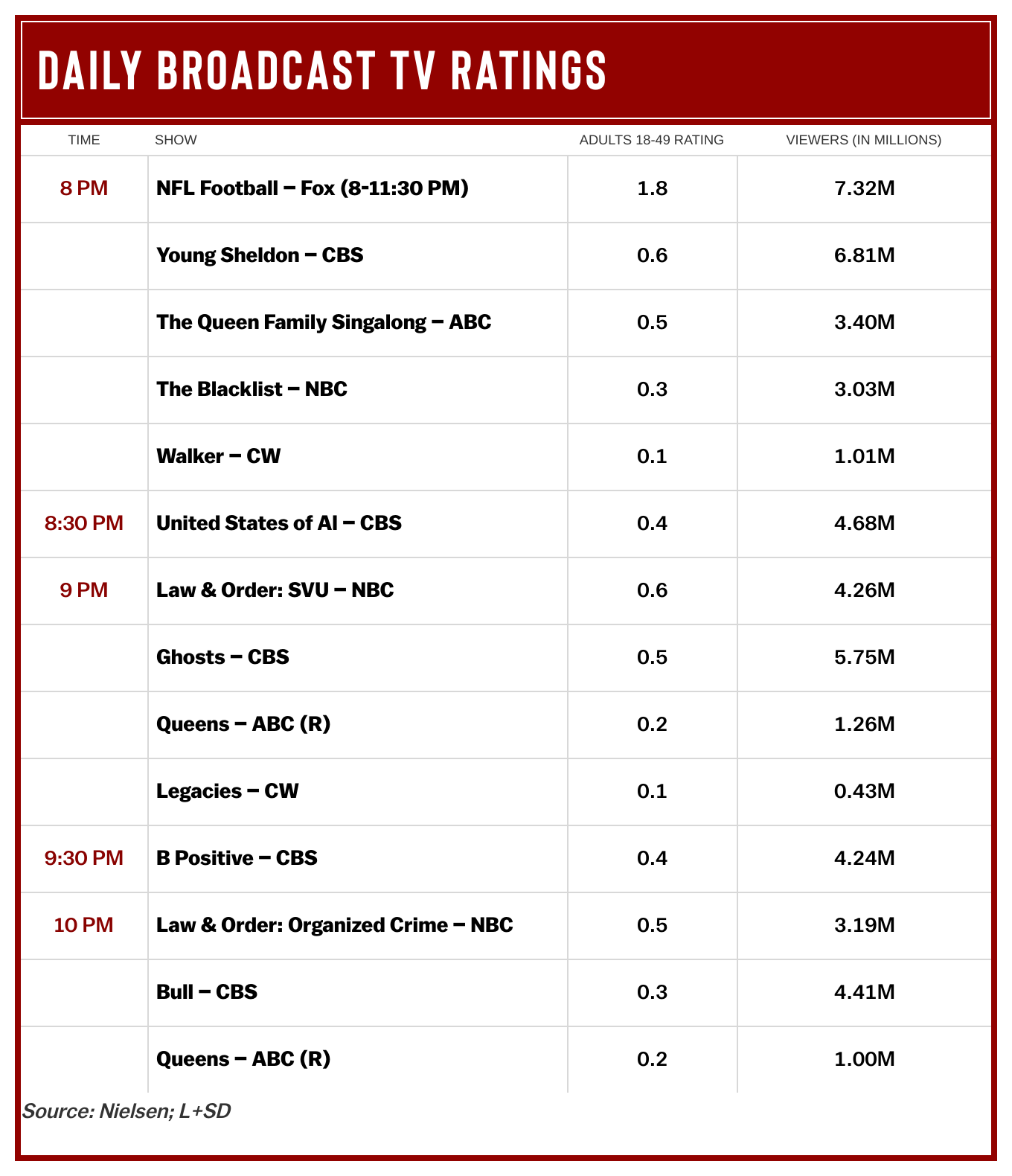 'Skywatch' Series in Development for Peacock From Seth MacFarlane