The controversial remake of horror classic Suspiria is taking a very unusual marketing approach by questioning how long fans will be able to sit through its very, very long run time.

BAFTA Award-nominated director Luca Guadagnino got a hugely positive reception for LGBTQ+ drama Call Me by Your Name last awards season, but it’s perhaps unlikely he’ll get the same warm welcome for Suspiria.

When footage from it was screened earlier this year at CinemaCon, those who saw it described it as “traumatising”, “some of the most disturbing body horror” ever captured on film and “one of the most f**ked” horror movies ever.

It’s quite a bold choice then that the film’s Twitter account is touting its 152-minute running time and daring potential viewers that they won’t be able to make it through the entire movie:

For comparison’s sake, the 152-minute running time is one minute longer than the ponderously-lengthy Batman v Superman: Dawn of Justice theatrical cut that was savaged by critics for being overlong in 2016.

This remake is also nearly a full hour longer than the original 1977 version of Suspiria! Dakota Johnson stars as a dance prodigy who arrives at a Berlin academy where the students mysteriously disappear.

Johnson has admitted that working on the project was so disturbing that she needed therapy after wrapping filming. 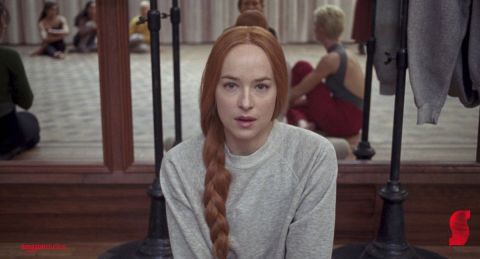 “We were in an abandoned hotel on top of a mountain,” she remembered. “It had 30 telephone poles on the roof, so there was electricity pulsating through the building, and everyone was shocking each other.

“It was cold as shit, and so dry. The only thing that helped was dousing myself with oil every night. Now I can’t get enough.”

Suspiria opens in the US on November 2. A UK date hasn’t been announced yet.