The following article contains discussion of sexual assault and suicide that some readers may find distressing.

Coronation Street aired a hugely heartbreaking double bill on Friday (May 11) as the fallout from two tragic events continued to impact the cobbles.

Much of Friday’s two episodes revolved around the residents of Weatherfield struggling to come to grips with Aidan’s death, particularly when Eva (Catherine Tyldesley) returned with baby Susie. 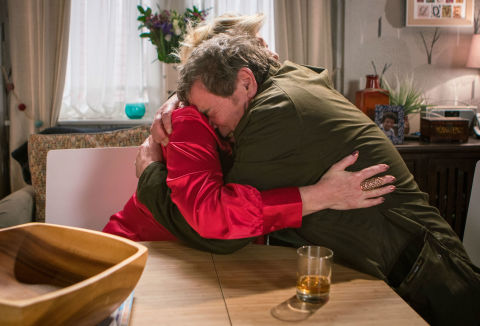 In one poignant moment, Eva confided in Toyah (Georgia Taylor) that she could already see the resemblance between her newborn and Aidan. However, Eva was left reeling after being questioned by Johnny about her final encounter with Aidan shortly before his death.

Tensions ran high as well for Johnny, who snapped at Kate (Faye Brookes) for being cruel when she angrily called Aidan’s suicide a “selfish” act. Kate would ultimately come to realise that her anger had been misplaced.

“I’m sorry dad, but I’m just so angry with him,” Kate cried, with Johnny consoling her: “Aidan was lots of things, but he wasn’t selfish.”

Meanwhile, Carla (Alison King) sprung into action by trying to get the factory up and running again, telling the ladies that she knows that’s what Aidan would have wanted.

Simultaneous to these emotional scenes, David Platt (Jack P. Shepherd) finally confided in Shona (Julia Goulding) that he’d been raped, but flatly refused to turn in Josh (Ryan Clayton) to the police.

“Everyone would have marked my card. I’d have been labelled forever… I do it myself,” he said. 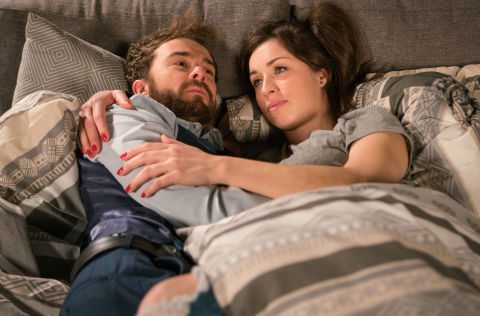 David also shared the harrowing prospect that he could have caught an STI from Josh, and passed it on to Shona, but she brushed him off by agreeing that she’d get tested.

After making Shona swear not to tell anyone about what had happened to him, David arrived back at home just as the police were showing up. David was ultimately arrested for failing to attend a court hearing, and placed on remand until his next hearing.

This turn of events infuriated Shona, who confronted Josh on the cobbles about what he’d done to David. Josh taunted Shona by pointing out that she had no evidence, and once again maintained that his sex with David was consensual.

“You can deny it until you’re blue in your ugly face, but I know. Rapist,” Shona seethed. 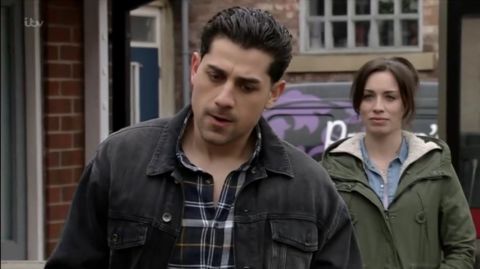 Having got the upper hand once again, Josh went off to boost his alibi by surprising an unsuspecting Alya (Sair Khan) with flowers and passionately kissing her.

Will Shona be able to prove Josh’s criminal act?

Rape Crisis England and Wales works towards the elimination of sexual violence. If you’ve been affected by the issues raised in this story, you can access more information on their website or by calling the National Rape Crisis Helpline on 0808 802 9999. Rape Crisis Scotland’s helpline number is 08088 01 03 02.

Monty Don hints at struggles of tending garden while ‘being on the telly’: ‘People assume’

TikTok's Addison Rae Gets Honest About Ignoring Hate Comments: 'It's a Hard Thing to Talk About'