The character – played by Catherine Tyldesley – has been trying to hide the fact she's with child from her family and ex, Aidan Turner. 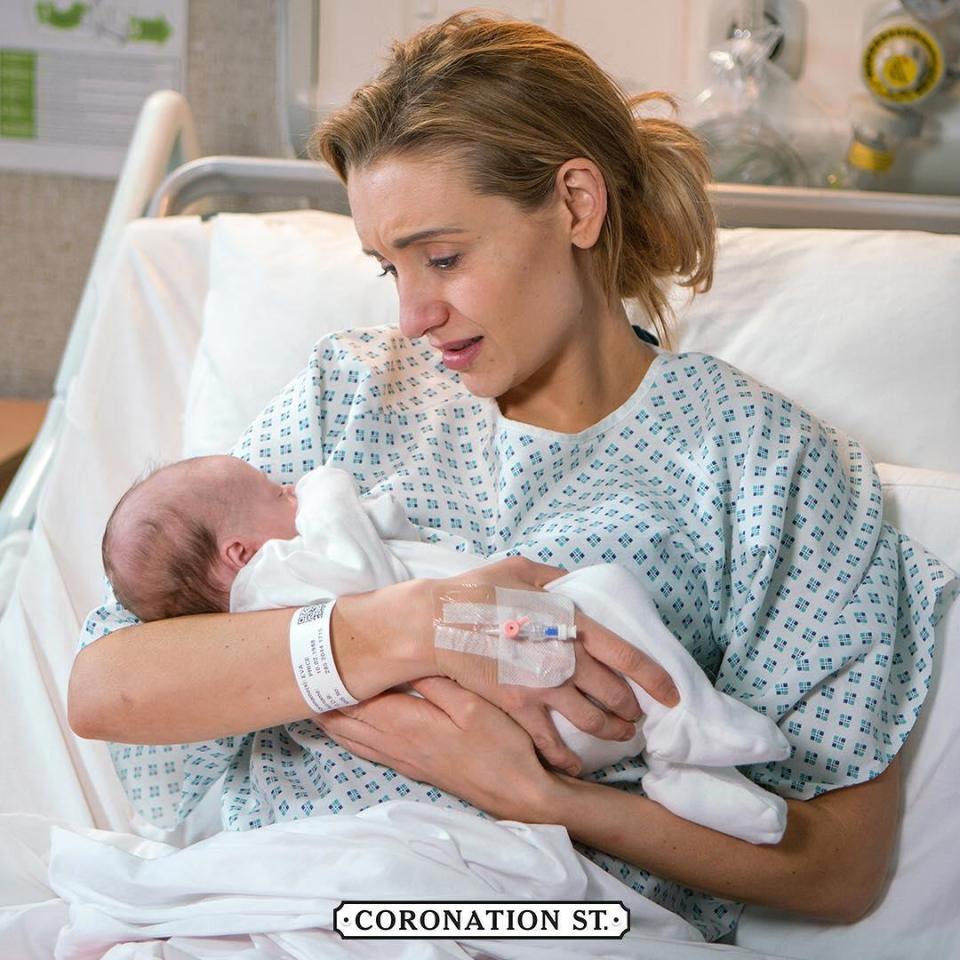 Eva has also agreed to give her newborn to Toyah Battersby, who is desperate to have a child with boyfriend Peter Barlow.

After miraculously concealing her increasingly large baby bump, Eva finally gives birth to her little girl, with the first picture of mother and daughter being released on the soap's official Instagram page today.

Eva looks emotional as she cradles her daughter in her hospital bed, but it's not clear if anyone is by her side during the labour as yet. 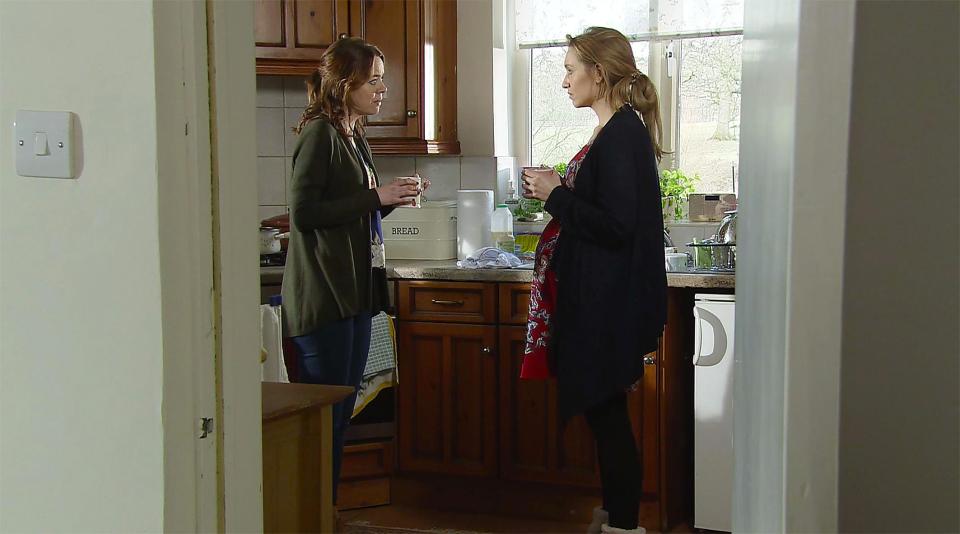 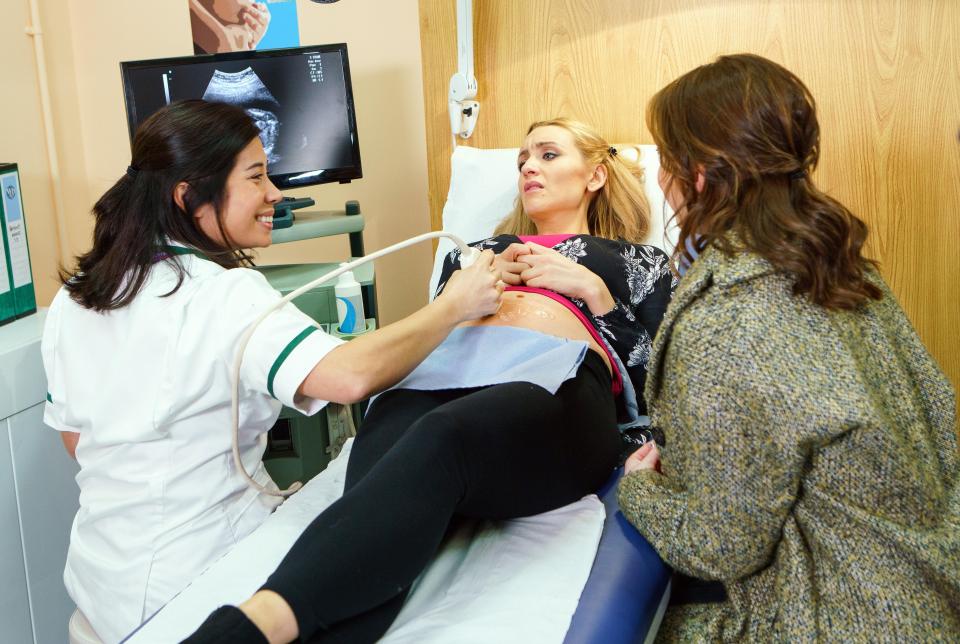 Catherine, 34, also shared the snap on her Instagram page, writing alongside it: "Sooooooo this is happening….???? #Evathediva #corrie #babySuzie."

The actress – who has son Alfie with husband Tom Pitford – recently revealed when the birth scenes will air.

Appearing on Loose Women last week, she said: "[I give birth] not next week, but the one after.

"The web is very tangled. I've kind of relaxed my diet while I've been pregnant…" 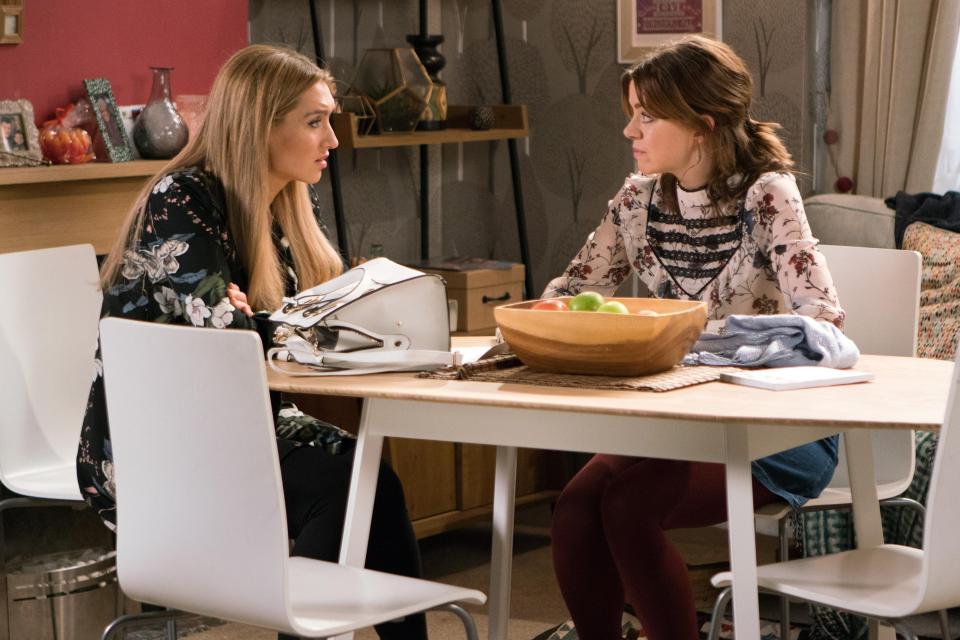 Catherine announced her departure from the soap back in December, and in a recent interview with the Manchester Evening News she revealed her reasons.

She said: "The timing seemed right. 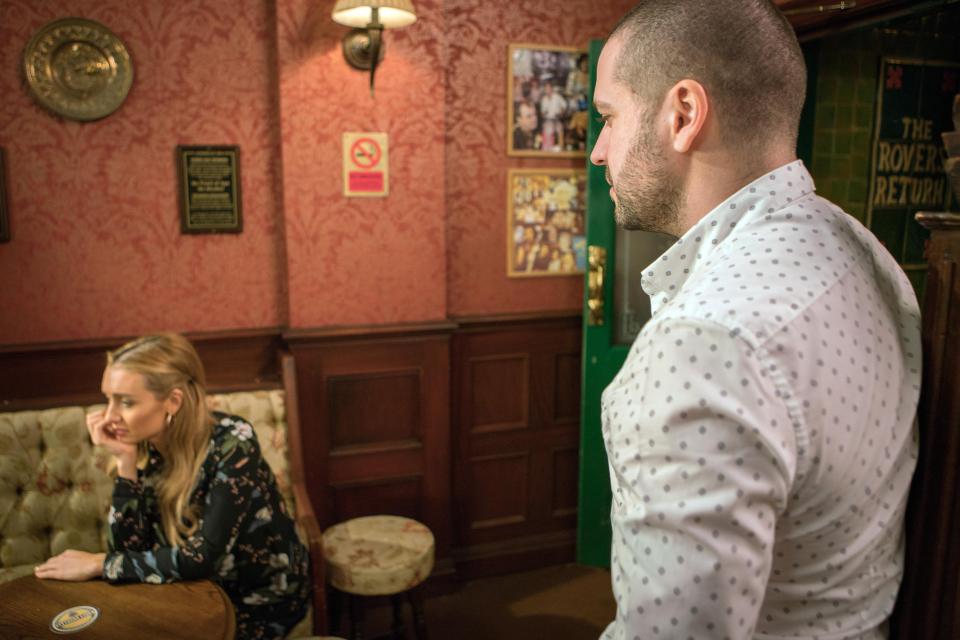 "My son Alfie doesn’t start at school for another two years so as a family we wanted the chance to travel."

The mum-of-one also hinted to OK! that she is planning to try for another of child after leaving the show.

Speaking about her pregnancy hopes, she dished: “I think four is very ambitious, but I would love another one at some point.”

Will freezing weather cause my iPhone to shut down?

MasterChef Junior star, 13, diagnosed with tumour after losing both parents