The Bailey family’s life has been turned upside down with the arrival of Ronnie Bailey (played by Vinta Morgan). It comes as the businessman told his nearest and dearest how he believes he is the biological father of Michael Bailey (Ryan Russell) after he and Aggie Bailey (Lorna Laidlaw) had an affair many years ago. Ed Bailey (Trevor Michael Georges) is understandably confused and angry with the revelation and in upcoming scenes, Coronation Street fans will find out the truth. Whether Ronnie is Michael’s biological father or not, will he stick around, or will he depart the cobbles soon after? Express.co.uk spoke to the actor who plays the newcomer about the current storyline and whether there could be a reason for him settling down in Weatherfield.

In recent scenes, Ronnie’s estranged wife turns up demanding to know why he has up and left their life for the north.

He explained how desperate he was for the truth and as a result, he chose the possibility of having a son over being with his wife.

When asked whether Ronnie was being selfish, Vinta answered: “Indeed, I think it comes from such a deep place, and I think because of what happened between him and his wife he’s lost some of that perspective.

“But I think what he also wants is to be honest with his brother and also finally kind of deal with some demons. 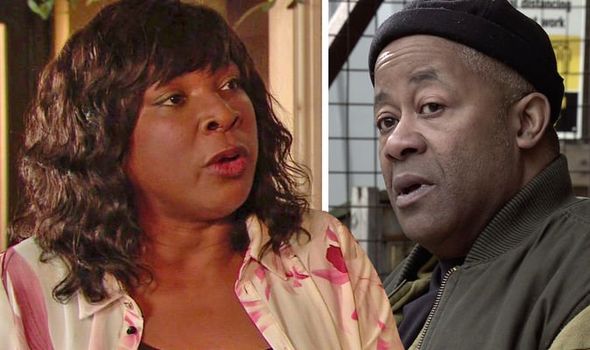 “And I think once he gets onto that track, he just feels that that’s the only thing he can do. I suppose that he hopes that the relationship can can can bounce back. It is a selfish reason,” he added.

While his own marriage is in turmoil, what about Aggie and Ed’s now this secret has been exposed?

“And that might just be because he’s got a slight arrogance to him, he knows he can do things, he can win. Maybe he thinks it’s like another business transaction and he can handle it. 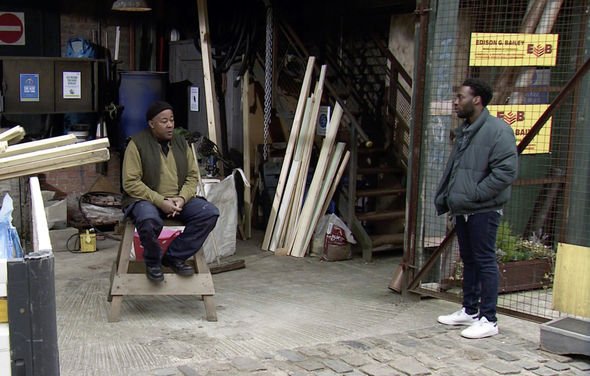 “But I think he’s bitten off a bit too much than he can handle with this one,” Vinta continued.

Despite the impact the truth will have on the family, what would it mean for Ronnie to be Micahel’s father?

The actor replied: “It would mean everything to him, they [Michael and Ronnie] share such resemblances in their behaviour and their attitudes, it would be such a great fit.

“I think for him, he was just longing for something less whimsical I think all of his relationships have been quite whimsical to some degree, that haven’t been very nurturing and I think he’s yearning to kind of be something other than what he is now, something more stable, something more secure, and somebody who can really give to someone.” 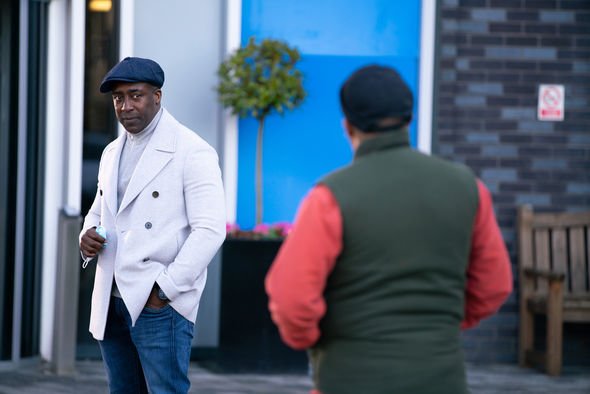 Whatever the outcome of the DNA test is – will Ronnie be sticking around?

Vinta spoke about a possible romance for his character: “What can I say, I think he’s single, and he’s ready to mingle.

“I think he is looking to be right back in that honeymoon period. You know where there’s not much heavy stuff going on where you can enjoy be romantic.

“I think he likes to be romantic he likes to enjoy romances so yes. Watch this space! Husbands’ hold on to your wives, for sure,” he joked.

Next week, Aggie will get in contact with Ed and explain the last thing she wants is for their son to find out that Ronnie thinks he might be his Dad.

But things don’t go according to plan as Michael will confront Ed with Ronnie’s bombshell, and Ed is forced to admit it’s true; Ronnie and Aggie had a previous relationship.

After some time to think, Michael has a heart to heart with Ed and assures him he’ll always be his father, no matter what.

Ed is touched by his words but when Michael suggests a paternity test just to be sure, viewers will see Ed get upset.

On the flip side, Michael tells Ronnie he’s ordered a DNA testing kit but no matter what the result, he’ll never accept him as his Dad which leaves him shaken.

Stingy mum feeds daughter breastmilk from her friends to save money

Chelsea Handler Smokes out of a Cupcake in New Video