Coronation Street resident Nick Tilsley (played by Ben Price) has been involved heavily with the devastating storyline involving his partner Leanne Battersby’s (Jane Danson) son Oliver (Emmanuel and Jeremiah Cheetham), who was revealed to have a life-limiting chronic condition earlier this summer. With the couple struggling to keep it together amid the shock news, it seems something Nick has been hiding for years is about to come back and haunt him after show boss Iain MacLeod teased a secret which could “ruin everything” between him and Leanne – but what is it?

Oliver’s family were left in turmoil when they were told he was suffering from a deadly illness.

With the youngster being cared for by multiple different residents due to the nature of Leanne and dad Steve’s (Simon Gregson) relationship, the former’s partner Nick has also had a massive part to play in Oliver’s life.

But it seems a story from Nick’s past will shake things up even more when it comes out in the next few months.

Nick has been an incredible support for Leanne – but it looks as though the revelation could threaten to ruin everything between the pair. 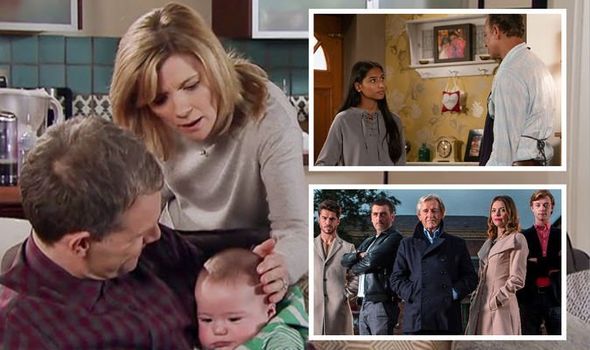 Speaking to Express.co.uk and other press, Coronation Street boss Iain MacLeod explained it’s Nick who will find out some shocking news early next year

Opening up on what’s to come, Iain confirmed the storyline would remain at the centre of the show for some time.

He said: “I love the Leanne/Steve/Oliver story, it’s incredibly heartbreaking.

“But it sort of gathers momentum starting in September and powers its way to the end of the year. 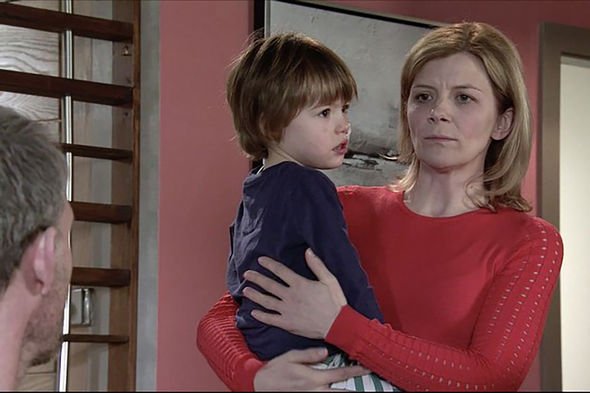 The soap boss detailed more about the huge effects the storyline will have across the whole of Weatherfield.

He continued: “It’s one of those soap stories that has sort of tentacles reaching out into all corners of the street, which is partly because of the nature of Steve and Tracy’s blended family.

“So, it’s a story that will have colossal ripples rolling out across the street, and there are loads of interesting extra layers to it.”

But Iain went on to drop the bombshell of how Leanne’s partner Nick will come to the forefront of proceedings when he discovers something huge about his past.

Iain said: “There’s a big surprise – slash secret – that emerges from Nick’s past that comes in.”

Explaining the devastating effects, he added: “It threatens to derail his and Leanne’s relationship.”

But the nature of what Nick will find out is yet unknown – but could the news break him and Leanne apart for good?

Nick may have been born on to the cobbles back in 1980 but has had a couple of stints away from Weatherfield in his lifetime.

Could viewers see a new resident added to the mix of the Platt clan when the truth comes out in the next few months?

The show boss teased how things will continue to develop, bringing together all the different members of the extended family.

He added: “There are incredible relationships with Steve and Tracy as you would well imagine.

“It sort of precipitates a big story for Simon and Leanne going into 2021, so that’s the story that’s got huge sort of momentum behind it as we as we go across the autumn and into the winter and indeed into next year.”

Becca Kufrin, Garrett Yrigoyen Reveal Their Choice for the Next Bachelor