Coronation Street resident Evelyn Plummer (played by Maureen Lipman) is about to undergo a serious character reform over coming weeks. Since her arrival back in 2018, Tyrone Dobb’s (Alan Halsall) grandmother has become a feisty, firm fan-favourite as her icy exchanges leave residents quaking in her presence. Jokingly, of course!

I think they’ve been trying to give Evelyn a whole new side ever since she came on. I like the old side personally

She has recently been getting closer to old flame Arthur Medwin (Paul Copely), after they bumped into each other at the vets.

And the romance seemed to have brought about a different side of Evelyn, something Maureen, who plays the cobbles’ busybody, wasn’t keen on.

Appearing on Good Morning Britain, the actress spoke to Lorraine Kelly, who gushed over her evolving character traits.

“Evelyn – she is fabulous and it looks like she’s got a romance going on, and it’s a whole new side of her!” Lorraine exclaimed. 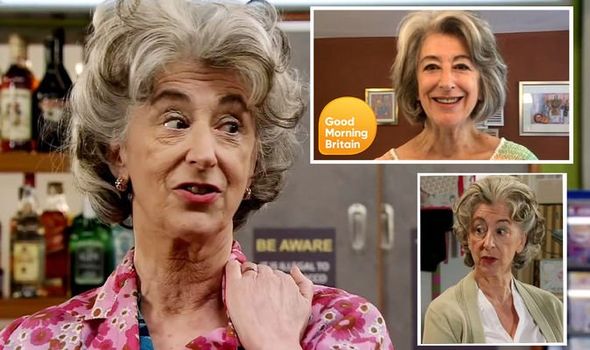 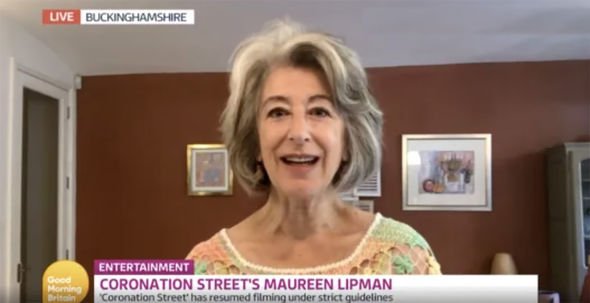 But the presenter wasn’t met with the response she probably expected, as Maureen shrugged off the idea that Evelyn was becoming “softer”.

“I think they’ve been trying to give Evelyn a whole new side ever since she came on,” she giggled.

She expressed her dismay that her on-screen alter-ego could be having total make-over, where her eggshell-thin patience could be replaced with gracious content.

“I’m not keen on softening her because I believe it’s a great balance in the show to have someone who speaks her mind the way that she does.” 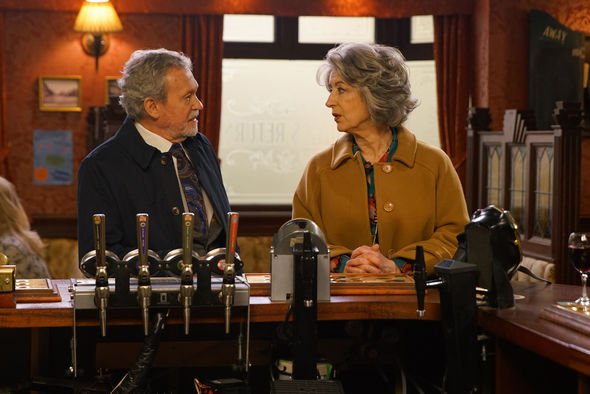 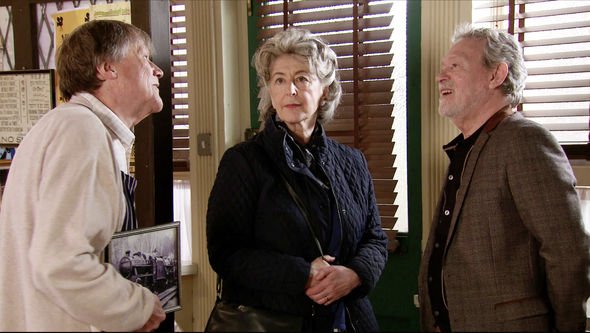 Lorraine agreed with her sentiment while likening her to an old Corrie icon, who had viewers in fits of giggles during every appearance.

“We need people like that don’t we, you know who she reminds me of – Blanche Hunt, Deirdre’s mum,” Lorraine pointed out.

“She’s a wee bit like her with those one-liners and zingers and you need it!”

Evelyn and Blanche alike never shut up for anyone – that is why viewers love them so.

“She’s formidable and I think she should stay formidable,” Maureen chuckled, praying to the high heavens that she still gets to spew deadpan lines with no thought of discretion.

But perhaps the actress might get her own way, as coming episodes could see an abrupt end to her new romance with Arthur, as Roy Cropper (David Neilson) meddles in their relationship.

After meeting in the cafe for a coffee and a cake, Evelyn is left irritated when Roy and her beau discover a shared interest – steam trains.

As the cafe owner suggests they all meet in the Rovers Return pub later to discuss the Carlisle to Settle line in more detail, it’s clear Evelyn is not happy that she has to share Arthur with someone else.

Evelyn forces herself to act graciously, something that doesn’t seem to come naturally to her.

If the boys hit it off and start spending more time together, the grandmother will surely lose patience and could call the whole thing off.

Maybe Maureen will get her wish of keeping Evelyn frosty after all!

Alabama execution cancelled after inmate’s fight for pastor in chamber