Faye (played by Ellie Leach) is facing going to court over attacking Adam Barlow (Sam Robertson) last year after mistaking him for Ray Crosby, (Mark Frost) after he tried to assault her. She and her brother Gary Windass (Mikey North) lied to police and he is currently in prison himself. Official Coronation Street spoilers hint that things may get worse for the youngster though, as upcoming scenes indicate trouble for her and Craig.

In future episodes of the hit ITV soap, Craig confides in Kirk Sutherland (Andrew Whyment) that he’s going to resign from the police force as his relationship with Faye is more important.

Kirk finds Faye in Victoria Garden and tells her about Craig’s big decision.

An emotional Faye later tells Craig there’s no way she’s letting him quit his job for her and it’s best they finish.

Gary and Faye attend court, where Gary is given eight months for perverting the course of justice, but is then told he’s free to go. 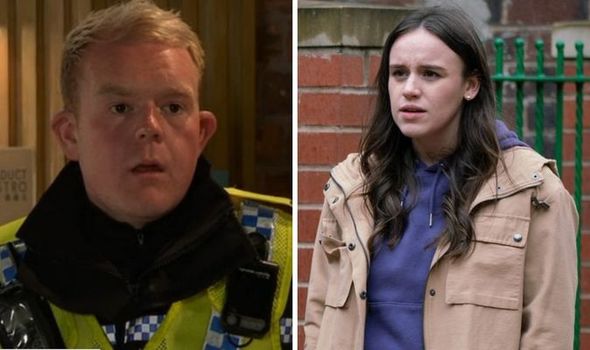 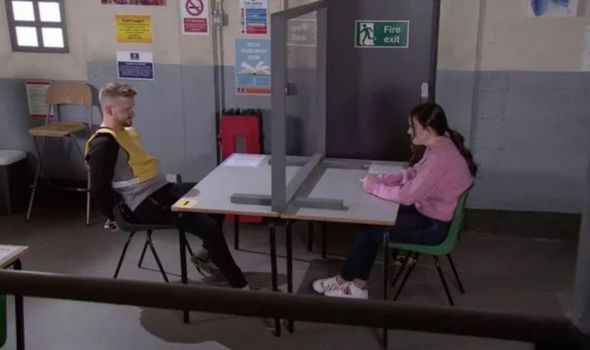 But what will happen to Faye? In the Rovers, a despondent Craig lays into Kirk for causing the break-up of his and Faye’s relationship.

Craig explains to Kirk that for the sake of his career, he mustn’t have any contact with Faye, but suggests he could post his letters for him and that no one would suspect a thing.

But this isn’t likely to be the case – if the two stay in touch illegally, could Craig lose both Faye and his job?

It’s been made clear to him that his job with the police could be jeopardised with his girlfriend behind bars, but he may not be taking this seriously. 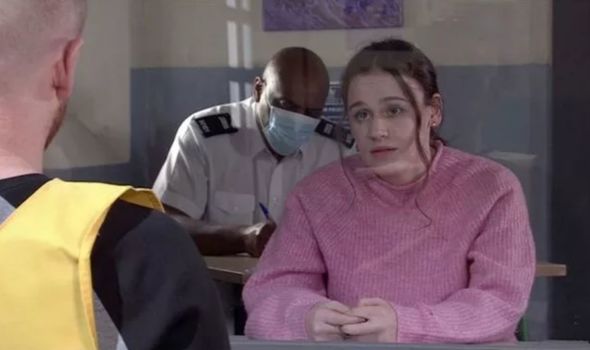 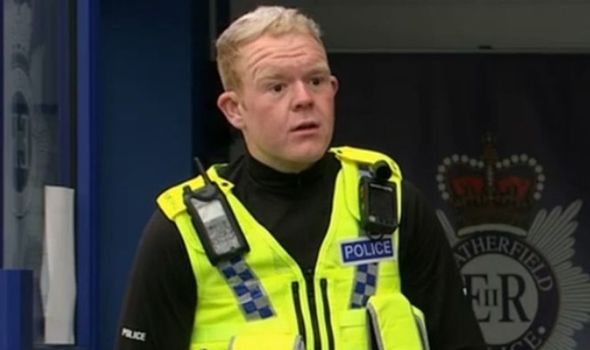 Speaking to Express.co.uk and other publications, Faye actress Ellie spoke about the impact prison could have on Faye.

She said: “It would be a shock but she knows she’s made mistakes and she has to pay for those mistakes, she’s just hoping not in prison.

“She knows that what Ray did to her was wrong, whatever he says, and it will affect her for the rest of her life and now it feels like she’s paying for that.”

Speaking about the threat to Faye’s relationship, Ellie said: “I think she does genuinely love Craig, their relationship has grown from friendship and I think that’s what’s great about it.

“They’ve been friends for years, this hasn’t just happened overnight, they’ve built a relationship based on friendship and I think that really shows in the way they trust each other.

“Craig’s always been there for her over the years and genuinely loves and trusts him.

“It’s hard though because she’s thinking if she does go to prison, what’s he going to do, she wouldn’t ever tell him he has to wait for her.”

She added that the looming court hearing is definitely holding back Faye and Craig.

“I don’t think she wants to give too much because she doesn’t know if she’s going to be there forever,” she added.

“And she doesn’t expect him to be waiting forever either.

“If she does go to prison and he keeps in contact with her then he could possibly lose his job and she’s not prepared for that to happen.

“She tells him she thinks they should call it a day, she doesn’t want him to ruin his life for her.”

Ellie said Craig is devastated by the breakup, commenting: “He’s upset that she thinks that them being together is going to ruin his life.

“Faye’s trying to look at the bigger picture but Craig’s just consumed by the moment.”

With Craig refusing to let go of his relationship, it seems likely that he is putting his career at risk.

Despite Faye pushing him away, his decision to commutate with letters may end up being found out, and could have disastrous consequences.

Talking about the many dramas Faye is facing, Ellie said she loves her role in the soap.

“I’m loving it, it’s like having three storylines rolled into one!” She said.

“The biggest storyline I’d had before this was the teen pregnancy but I was very young when I did that – 12 or 13, so it’s great playing the same character as she matures.

“I’m growing up alongside Faye, It’s also been really nice having all the family scenes, working so closely with Mikey again.”

Elsewhere in the soap, Gary calls at the factory and tells Sarah Platt (Tina O’Brien) how Izzy Armstrong (Cherylee Houston) is really struggling and it would be good if she could return to work.

Sarah and Gary FaceTime Izzy and at Kirk’s suggestion, and ask her if she’d like to sew knickers from home.

Coronation Street continues on Monday at 7.30pm on ITV.

The most daring outfits Zendaya has ever worn, from sheer gowns to eye-catching pantsuits

Council speaker: We should have imposed limits on Uber