Maria (played by Samia Longchambon) has been hoping to find the love of her life in recent scenes on Coronation Street, joining a dating app to try and find Mr Right.

The hairdresser’s romantic history isn’t the most glimmering, with former lovers having met their maker during or after a dalliance with Maria on the ITV soap.

Such characters have included her husband and father to her son Liam Connor (Rob James-Collier), but it seems upcoming scenes will see Maria possibly becoming the unwilling victim.

As her pursuit for happiness continues next week, Maria will arrange a date with one of the handsome fellows who have messaged her on the dating app, unaware of his riddled past.

Maria literally legs it out

It won’t be long before Maria discovers her courter’s secret, as actress Samia Longchambon, 37, explains the singleton has also fallen foul with his lovers meeting a fateful end.

“There’s one date she has whose girlfriends have all died under suspicious circumstances and all of their names end with the letter ‘a’.

“Maria literally legs it out of the bistro,” Samia told Metro.co.uk, with her character believing her date could be a serial killer.

The disastrous encounter with the mysterious stranger will plummet Maria into the arms of Weatherfield heartthrob Ali Neeson (James Burrows), the nephew of her late husband.

Maria and Ali will share a kiss, after weeks of the hairdresser avoiding the young GP’s attempts at trying to woo her.

However, Maria may not be out of danger as viewers will know, Ali is harbouring his own killer secret only his mother Michelle Connor (Kym Marsh), her fiancé Robert Preston (Tristan Gemmill) and brother Ryan Connor (Ryan Prescott) know about. 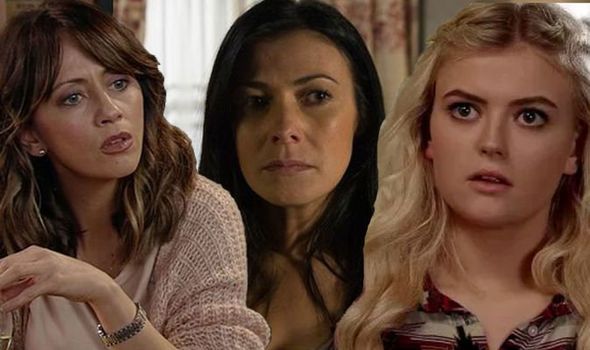 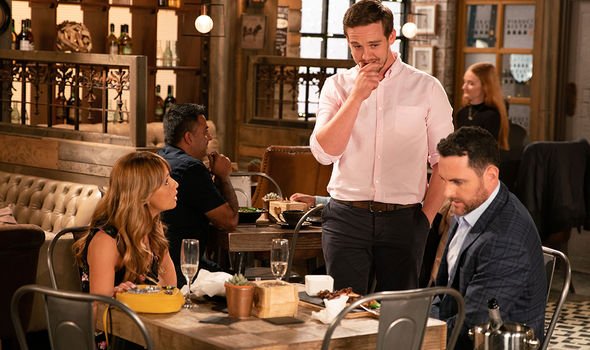 Although Ali doesn’t seem to uphold the murderous qualities of some of Weatherfield’s most notorious killers, when his family are threatened, the young GP will do anything to protect them.

Last year, Ali played a part in the death of drug lord Ronan Truman (Alan McKenna) who was gunning for his brother Ryan as he believed the aspiring DJ was the reason his son Cormac Truman (Joe Mallalieu) had died.

Ronan’s hunt for Ryan led to his car crashing into a near by ditch, with the drug lord impaled by a wooden fence post.

As the only person on the scene medical trained, Ali said he would go and see if Ronan needed help, only to end the gangster’s life by pulling out the one instrument keeping him alive.

Since then, Ali has been keeping a low profile but with his romance to Maria on the horizon, could his killer instincts kick back into touch? 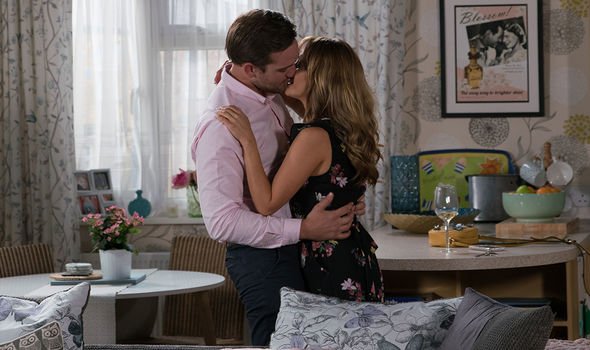 Coronation Street fans haven’t seen what Ali is like in a relationship, but if he feels Maria could be swayed away from him, could he make sure her head isn’t turned again?

While David was sentenced to four months behind bars for his part in the money scam against grandmother Audrey Roberts (Sue Nicholls), Nick walked away free although he was the protagonist behind the fraud.

David was seen telling fiancé Shona Ramsey (Julia Goulding) he wanted to make peace with Nick, but could he be gunning for his brother’s partner Leanne after she was the one who paid the Underworld bosses accomplice Natalie Watkins (Cassie Bradley) who could have helped clear the barber’s name sooner?

Actor Jack P Shepherd, 31, told The Sun of the Platt family: “They can all switch and go a bit psycho one minute then vulnerable and emotional and funny,” so could David claim his first victim?

EastEnders spoilers: So Stacey Fowler attacked Phil Mitchell and left him for dead – but what happens next?