Paula’s (played by Stirling Gallacher) future on Coronation Street looked bleak at the end tonight’s double bill of the ITV soap as girlfriend Sophie Webster’s (Brooke Vincent) home was broken into by an unknown intruder to the family.

The hot shot lawyer was forced to explain to Sophie and her father Kevin Webster (Michael Le Vell) she knew the felon, as she was representing an environmental group working against a property developer who had illegally obtained rights to a large piece of land.

Sophie turfed out Paula for putting the Webster family in danger after discovering the truth about her girlfriend’s past, but it may not be the only secret the lawyer is harbouring as it’s been hinted she may have ties to the human trafficking storyline involving Alina Pop (Ruxandra Porojnicu).

However, Alina’s cover was blown as after cutting contact with Seb and the youngster being told she had disappeared, Abi saw her working at the salon and tried to speak with her son’s ex-girlfriend.

With Alina unresponsive as her boss Rachel was close-by, Abi voiced her shock at being ignored, to which the nail bar owner asked if there was a problem.

Back on the cobbles, Abi was hero of the hour for catching the intruder at No.13 and Paula was shocked when Kevin told her it was the mechanic who tackled the criminal to the ground.

Later on, after Abi told him about Alina still working at the salon, Seb reported back to landlady Eileen Grimshaw (Sue Cleaver) and her partner Jan about what his mother had told him. 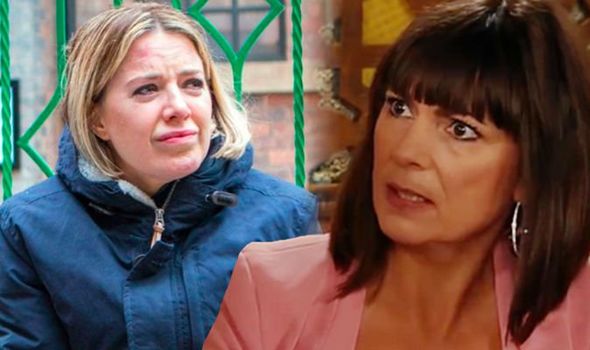 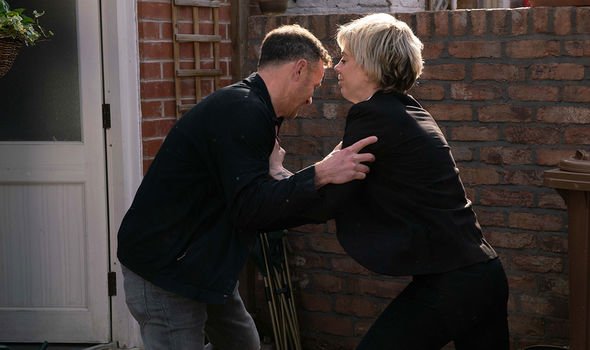 Jan looked annoyed as it seemed Abi had blown his plan as viewers know the builder has some sort of connection to Alina after secretly meeting with the long salon worker last week.

As Abi had crossed paths inadvertently with Paula, Jan and Rachel, all who seemed to be acting shady during tonight’s episode, they may need to get rid of the common denominator in exposing all their secrets.

It’s been suggested Paula could be head of the criminal network, so could Rachel and Jan confide in her lawyer about the mechanic becoming inquisitive about Alina’s wellbeing?

Next week, Seb will discover the conditions his girlfriend has been living in as he tries to track her down thanks to Abi’s tip off.

Paula could in fact be the one to order Abi’s death to ensure the human trafficking plot remains hidden, but would she go to such lengths? 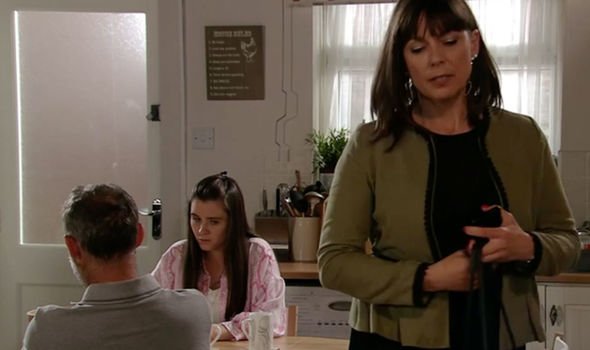 What would this mean for Seb, who is also persistent in helping his ex-girlfriend escape her situation? Will he too become a target of Paula’s deadly plan?

Elsewhere in Weatherfield, it seems villain Rick Neelan (Greg Wood) could be set to make a return from the dead after being seemingly killed off by Gary Windass (Mikey North) earlier this year.

Loan shark Rick had been hounding Gary to pay back what he owed after the builder turned to the criminal to help him with his finances.

As an altercation between the two men turned deadly, it seemed Rick had become Gary’s second victim after the super villain also claimed the life of Rana Habeeb (Bhavna Limbachia) in the Underworld factory collapse.

A new fan theory has suggested the loan shark may not have died, so will Rick return to seek revenge on Gary?

'RHONY': Elyse Slaine and Barbara Kavovit Have a Message for Ramona Singer and Luann de Lesseps

A ‘deplorables’ moment for Joe Biden shows why he won’t win the black vote: Devine

Betrayal of children will be Covid's worst legacy