Sharon Bentley (played by Tracie Bennett) arrived in Coronation Street claiming she wanted to make amends with Rita Tanner (Barbara Knox) but ITV soap fans grew suspicious of her sudden wish to return to Weatherfield. However, her reappearance on the cobbles could result in Leanne Battersby (Jane Danson) fighting for her life as Sharon fights to save her nephew Harvey (Will Mellor) from prison.

Leanne, Nick Tilsley (Ben Price) and Simon Barlow (Alex Bain) are on the run after agreeing to give evidence against Harvey.

The drug dealer warned Leanne she would never be safe and Sharon’s sudden reappearance on the cobbles will prove him right.

Nick and Leanne are convinced their safety hasn’t been compromised but Harvey’s heavies are on to them.

The shady characters are told about Peter being discharged from the hospital and watch him meet up with Carla Connor (Alison King). 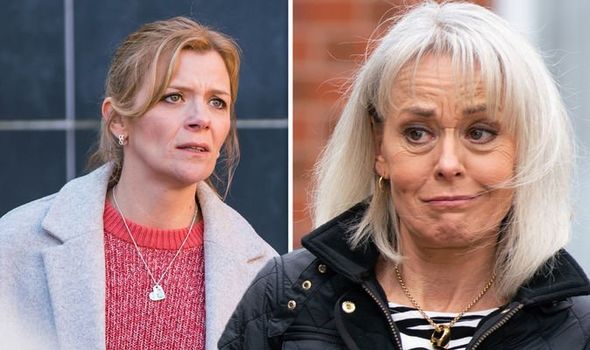 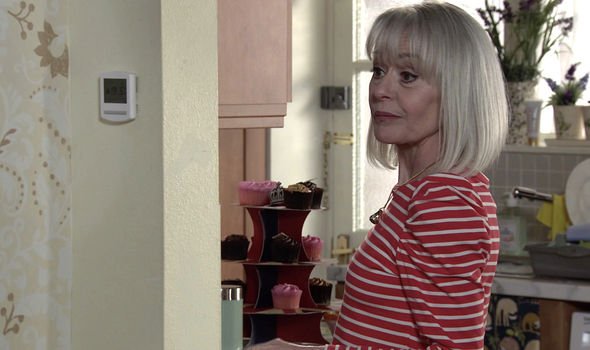 Carla and Peter are being watched by the heavies while they look at an address on Peter’s phone.

Harvey’s henchmen suspect they’re making a note of Leanne’s location and decide to follow them.

Meanwhile, at the hideout, Nike reassures Leanne and Simon that once Harvey’s been sentenced to prison they’ll be free to go home.

However, unbeknownst to them, Sharon has been secretly gathering evidence on the trio’s location.

She calls at No.1 with flowers for Peter but spots Carla’s phone and manages to find out the address of the location. 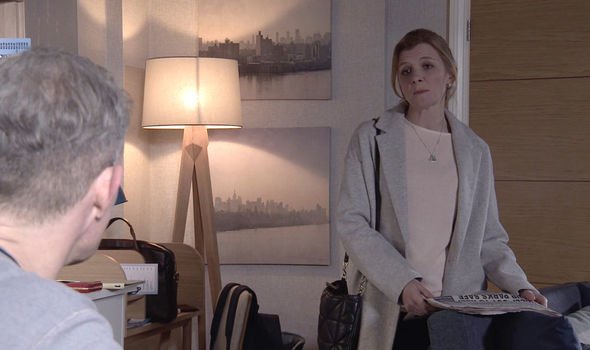 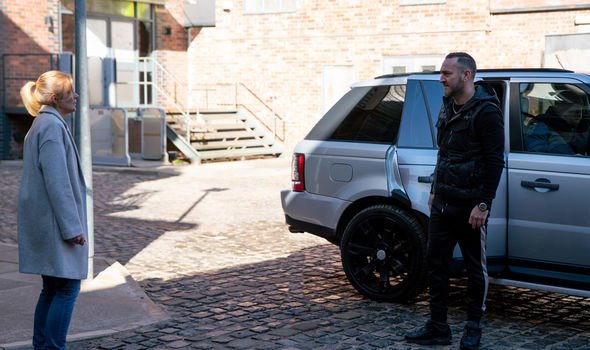 Sharon puts the phone back in Carla’s bag and slips away without anyone realising what she’s done.

Once outside, she calls Harvey’s henchman and orders him to get over to the hideout immediately.

Is this the end for Leanne, Nick and Simon or will they find a way to escape in time?

Speaking to Express.co.uk and other press, actress Tracie revealed why Sharon is so desperate to find Leanne.

The Coronation Street explained her brother supported her when she received her cancer diagnosis and she feels an obligation to his son Harvey.

She said: “She feels that she owes something to [her brother] and they got on really well because they didn’t at first, she was a very damaged teenager.

“But Harvey is using me because he’s dad, Wayne did that same thing for me of looking out for me.”

She continued: “Harvey emotionally blackmails me, and I’ve had a lot to think about since I was ill with cancer, she very nearly died.

“But the snideness and the manipulation from Harvey is, ‘This is what I need you to do with Leanne, find her and I don’t care how you do it.’

“So Sharon is very bright, obviously, but a bit impulsive and gets things wrong and puts her foot in it.”

The Coronation Street resident wants to do right by her brother and will do whatever it takes to get Harvey out of prison.

Will she order his henchmen to hurt Leanne to convince her to withdraw the evidence against her nephew?

Coronation Street airs on ITV on Mondays, Wednesdays and Fridays at 7.30pm.

All In recap and results: Pentagon vs. Omega, Cody vs. Aldis, Rey Mysterio, Okada and more