Coronation Street has finally seen the return of Billy Mayhew, though fans have been quick to notice his remarkable change of appearance after his stint in rehab.

The character left the cobbles last month to battle heroin addiction, though his return has prompted some to suggest he looks more like he has been on holiday rather than in rehab.

“Must’ve been sunny in rehab for Billy,” wrote one viewer, with another joking: “Billy got a great tan in rehab”

“Who knew there were sun beds in rehab? Billy clearly took advantage,” a third added. 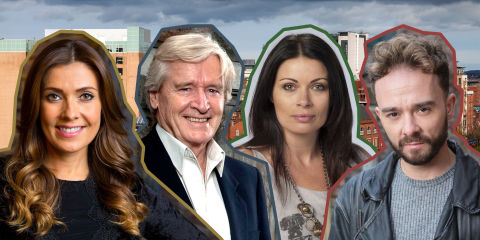 Well, actor Daniel Brocklebank has set the record straight over Billy’s surprising makeover, confirming that he (the actor) has in fact been on holiday during his break from the show.

“Well, I’ll let you into a little secret… while Billy was in rehab, I had a holiday,” he replied to a fan questioning his character’s healthy glow.

Last night’s episode saw Billy evicted by Tracy after telling him that he is three months behind with the rent and she doesn’t want a junkie living in the flat.

To anyone asking me to 'sit on their c**k': you won't win my respect, or a date

This Beef Jerky Calendar Is The Most Glorious Christmas Miracle

Nikki Bella and Artem Chigvintsev: A Timeline of Their Relationship