Similar to other shows across the country, Coronation Street had to stop filming because of the coronavirus pandemic earlier this year. Luckily, the ITV series had already filmed enough episodes to ensure it didn’t go off air like EastEnders was forced to. Now, the new social distance episodes are being shown, questions have now turned to the number of weekly instalments.

When will Coronation Street resume its normal weekly schedule?

Prior to lockdown, Coronation Street aired six episodes every week with two being shown on Mondays, Wednesdays and Fridays.

When the soap had to put a halt to filming, in order to keep it on air for as long as possible, the creators of Coronation Street decided to halve its number of weekly episodes shown.

This meant instead of the usual six episodes, fans have only had three per week, airing on the same days.

But now there is an update on when the soap will return in full force. 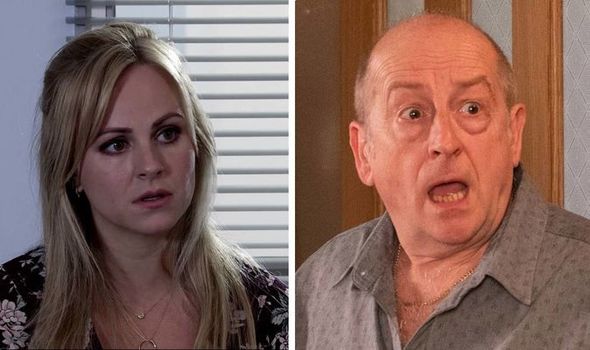 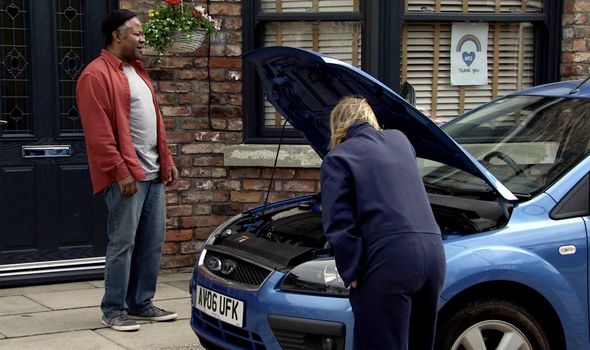 As part of its autumn announcements, ITV revealed Coronation Street will resume its normal schedule of airing six episodes every week in mid-September.

ITV’s other soap Emmerdale will also return to its usual pattern of six weekly episodes as well.

A spokesman said: said: “This news is testament to the incredible work that has been achieved in Manchester and Leeds by John Whiston, Managing Director of Continuing Drama and Head of ITV in the North for ITV studios, and his dedicated and hard-working production teams.

“Both shows continue to film safely whilst adhering to the health and safety guidelines issued by the film and TV industry.” 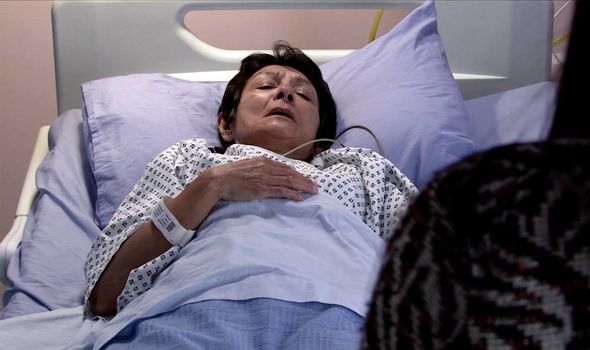 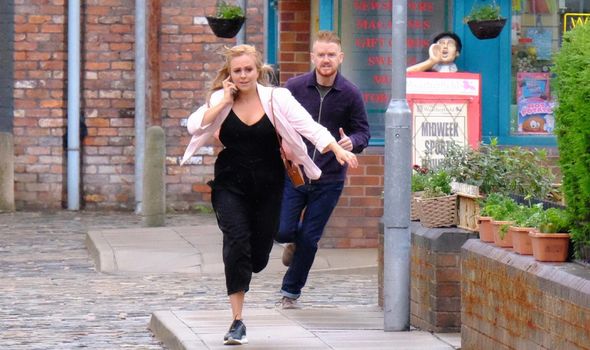 Coronation Street managed to avoid the gap in airing episodes as it had filmed enough to go through lockdown.

The cast and crew have now returned to filming and these newly shot episodes are now being shown.

In accordance with the Government’s social distancing guidelines, the actors remain 2 metres apart while filming scenes.

The soap has now referred to the pandemic on numerous occasions to further explain the difference in the show.

The soap has been clever in weaving social distancing into the storylines.

This week, Sarah Platt (played by Tina O’Brien found out Gary Windass (Mikey North) had killed Rick Neelan (Greg Wood) when she saw the watch Bernie (Jane Hazlegrove) had found in the woods.

Sarah was ready to call the police, running away from Gary when she almost got hit by a car.

Using clever camera angles, the soap made it look as if Gary pushed her out of the way so the car would hit him instead.

Maria Connor (Samia Ghadie) even visited Gary in hospital with a mask covering her face, despite fans being left confused when she took it down to speak to him.

Elsewhere in the soap, Geoff Metcalfe spotted his ex-wife Elaine Jones (Paula Wilcox) on the cobbles after convincing son Tim Metcalfe (Joe Duttine) for years that she was dead.

After finding out he had also abused Yasmeen Nazir (Shelley King), Elaine agreed she would act as a witness arguing in her defence.

So could Elaine’s evidence be the key to Yasmeen being let out of prison?

Coronation Street is currently available to watch on Mondays, Wednesdays and Fridays at 7.30pm on ITV.

Researchers looking into whether Alberta’s wild weekend weather may have resulted in tornado: Environment Canada