Fans of the show had been expecting to see Pat Phelan at the end of the show and were shocked to see it was the youngster instead. 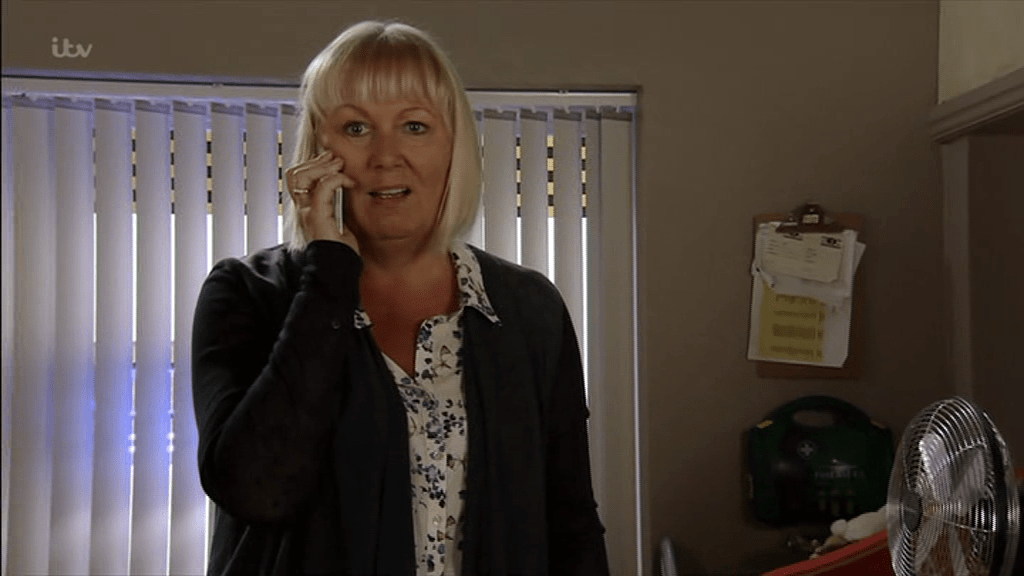 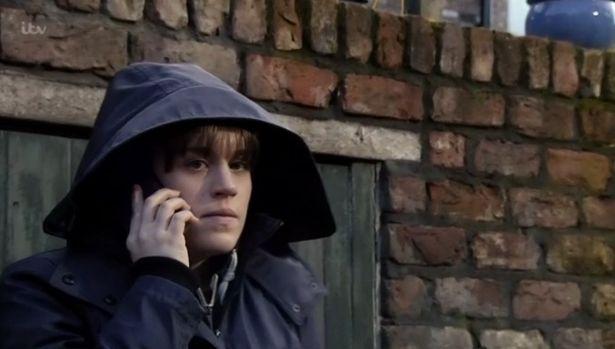 During the episode Eileen was terrified when she heard what she thought was Pat's voice at the end of the line during another scary call.

Traumatised Eileen, played by Sue Cleaver, finds herself locked into the office and is left incredibly shaken when she hears his voice – because she still thinks he is dead.

They call the police but the officer isn’t so sure it is really Pat (Connor McIntyre) and suggests Pat’s voice could have been created using recordings from answer phone message.

Eileen is distressed to think someone could hate her enough to go to such trouble but thinks it could be Alya who has been harassing her over her deposit.

However, the real source of the calls is seen lurking not far from the taxi office worker  – and it's Faye Windass. 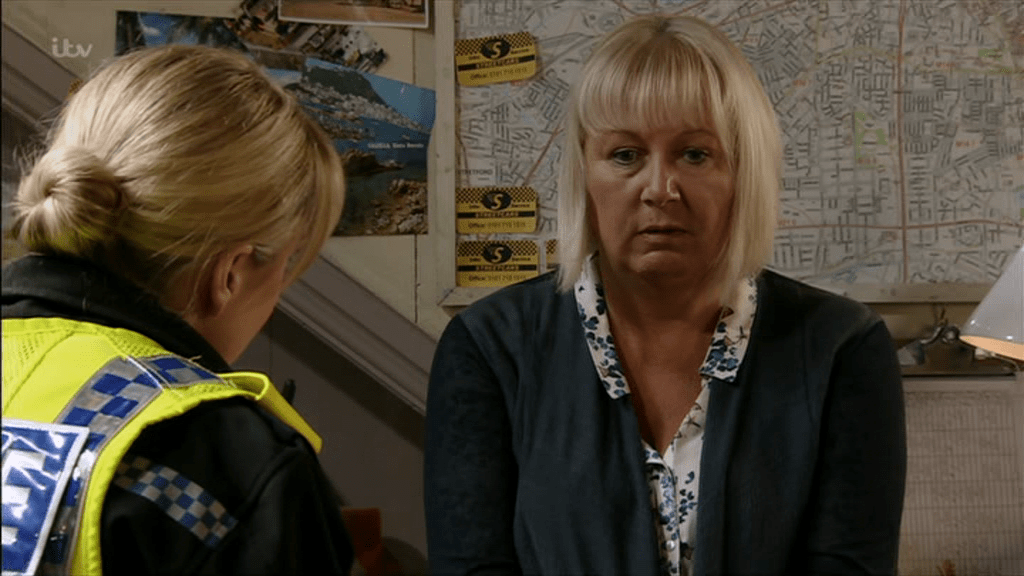 Faye, played by Ellie Leach, left the soap at the beginning of the year for "a break" after her mum Anna was locked up for a crime she didn't commit.

Those watching at home couldn't believe it was her and took to Twitter to comment on it.

One person asked: "#CoronationStreet what on earth is Faye up to."

Another commented: "Why the hell would Faye do that? She has no beef with Eileen. Ken flipping Barlow would make more sense! #CoronationStreet."

While someone else questioned: "Is that seriously Faye terrorising Eileen??? #CoronationStreet"

During the episode Eileen also returns from work to find two men carrying her couch and table and chairs out of the house. 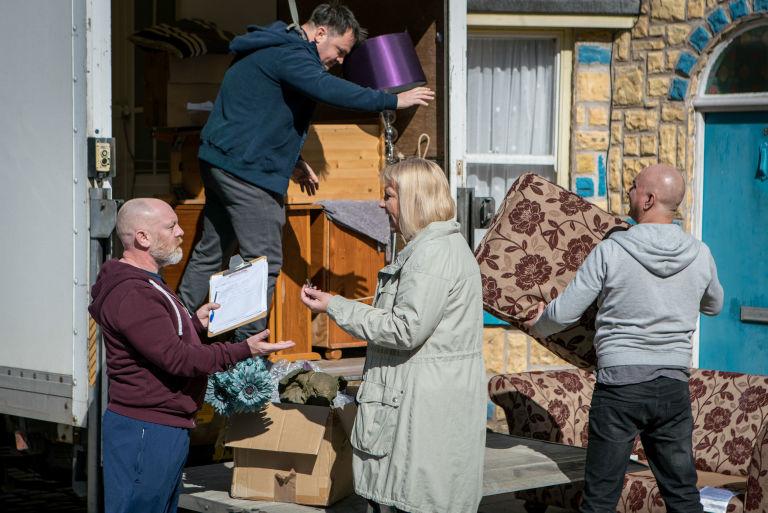 The men tell her that a man called Pat booked them to clear the house and gave them a key.

Coronation Street fans thought Pat was being killed off back in March when he fell from a cliff – but then were shocked to learn he had survived the fall.

After murdering a string of characters from the long running ITV soap, many viewers are hoping Pat might meet a similarly brutal end.

While it sounds like he might survive the show alive, his crimes will definitely catch up with him.

What is Macaulay Culkin's net worth, how old is he, who's his girlfriend Brenda Song and who are his parents, siblings and goddaughter?