Coronation Street‘s Aidan Connor sparks confusion on the cobbles next week with some overly generous gestures.

Next week’s episodes see Summer (Matilda Freeman) ask Aidan for a job cleaning the factory to earn some extra money.

Summer’s suggestion comes following her impressive stint doing work experience at Underworld, but Aidan has to break the news that he can’t give her a permanent job. 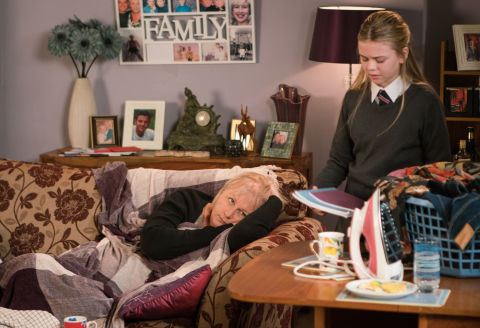 Wanting to make it up to Summer another way, Aidan reveals that Maria Connor is going to take her shopping with his credit card so that she can buy a new outfit for a party she’s going to.

Later on, while looking after Liam for Maria, Aidan spots him admiring his watch and decides to hand it over to the young schoolboy.

That evening, Maria is surprised to find Aidan’s watch in Liam’s pocket, but the eight-year-old assures her that Aidan gave it to him.

Could a guilty Aidan still be trying to make up for last year’s love triangle drama by treating Maria’s son? How will Maria feel about the unexpected gift? 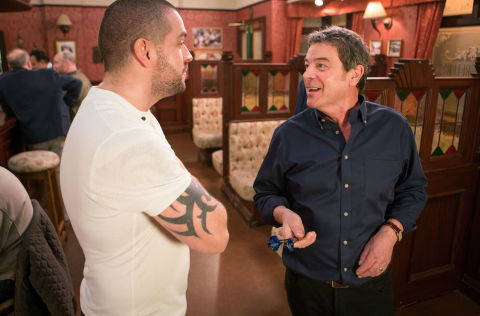 Shayne Ward, who plays Aidan, will soon be leaving the cobbles after filming his final scenes last month.

The popular star has already hinted that his departure will tie in with the dramas Aidan has faced over the past year.

Speaking on ITV’s Lorraine last week, he explained: “You’ve got to look at everything that Aidan’s been through. He is a troubled soul and he’s always been trying to prove himself to his dad, his family, but things keep on going wrong for him.

“His relationship didn’t go the way he wanted to. He did cheat, he did come clean.

“He gave Carla one of his kidneys. So there is love with Aidan, but there’s obviously something underlying.”

Who is Dani Dyer’s boyfriend Sammy Kimmence? – The Sun