Catherine Tyldesley will be bowing out of Coronation Street in the summer, but does this really mean the end of Eva Price?

Apparently, and thankfully, not.

Appearing on today’s (April 22) Zoe Ball on Sunday, Catherine revealed her motivation for leaving the soap, as well as if she’d be happy to return as the whirlwind that is Eva. 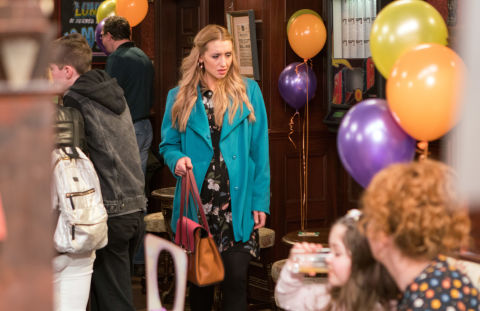 When asked if the door was open for a comeback in the future, Cath admitted that yes, she believes so. “If I don’t upset anybody, touch wood,” she added.

Calling herself “a huge Corrie fan”, the actress – who’s been a part of the show for seven years – said that she would “love to see Eva wreak a bit more havoc further down the line”.

So, if Catherine is such a lover of the Cobbles, why is she taking a break from the soap? 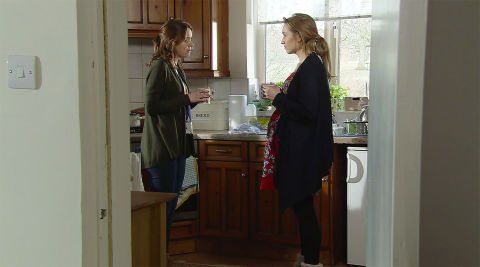 “I just felt that it was time to have that little bit of a break and look at other projects,” Catherine told Zoe, before admitting she wanted to spend some time with her young son.

“[I want to] do some travelling as well,” she added. “Just see what happens – bit of an adventure.”

Although we’re not yet sure how Eva and Toyah Battersby’s ill-advised baby plot will pan out, we reckon Catherine will be needing more of a relaxing holiday than an adventure.

Coronation Street airs on Mondays, Wednesdays and Fridays at 7.30pm and 8.30pm on ITV, while Zoe Ball on… continues next Saturday at 8.30am on ITV. 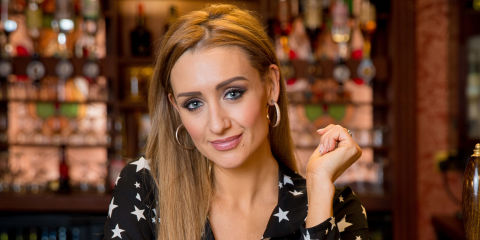