Coronation Street‘s Robert Preston will walk out on Michelle Connor on their wedding day next week.

Robert (Tristan Gemmill) gets the wrong idea when he spots Michelle’s ex-husband Steve McDonald make a move on her just hours before the ceremony.

Steve’s big moment comes after Ali Neeson confides in him with the truth about Robert’s steroid abuse and how he suffered a minor heart attack without Michelle (Kym Marsh) knowing.

Deciding to tell Michelle everything, Steve (Simon Gregson) approaches her to declare his own feelings – claiming that she’s too good for Robert and deserves better. 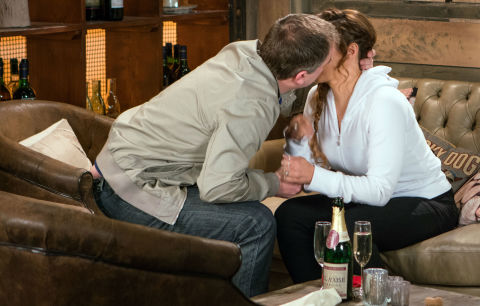 Steve’s impulsive behaviour continues when he leans in to kiss Michelle, just as Robert walks in to witness everything.

Unhappy about what he’s seen, Robert slips away without saying anything and privately decides that the wedding is off.

Throwing his things into the car, Robert tells Daniel Osbourne that he’s leaving Michelle and going away to stay with his friend Zeedan Nazir.

As Michelle waits excitedly for the ceremony to begin at the Bistro later on, Daniel arrives and confides in Carla that Robert has done a runner. 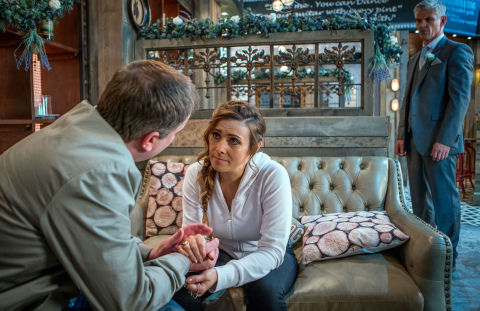 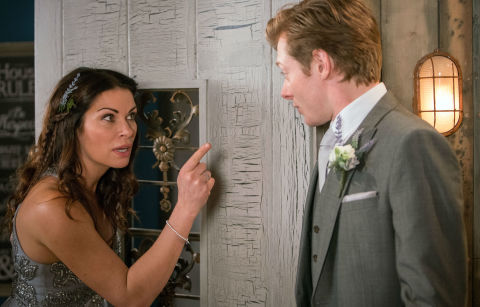 Carla is horrified to hear that Robert is already on his way to London thanks to Steve’s actions, and when Michelle finds out what’s going on, she’s furious that her ex may have ruined everything for her.

Michelle turns on Steve and blames him for Robert’s departure, ordering him to get Robert back ASAP. But will Steve be able to help? Will Robert be prepared to listen? And with Phelan on the prowl, will the wedding go ahead even if Robert does return to the Street?

Coronation Street airs all next week at 9pm on ITV.

Digital Spy Soap Scoop video – hit play below for all the latest Coronation Street spoilers, as Phelan makes a shocking return and David hears his sentence.

Dorothy Perkins is selling a £22 version of Emilia Wickstead’s £620 snakeskin shirt… can you tell the difference?