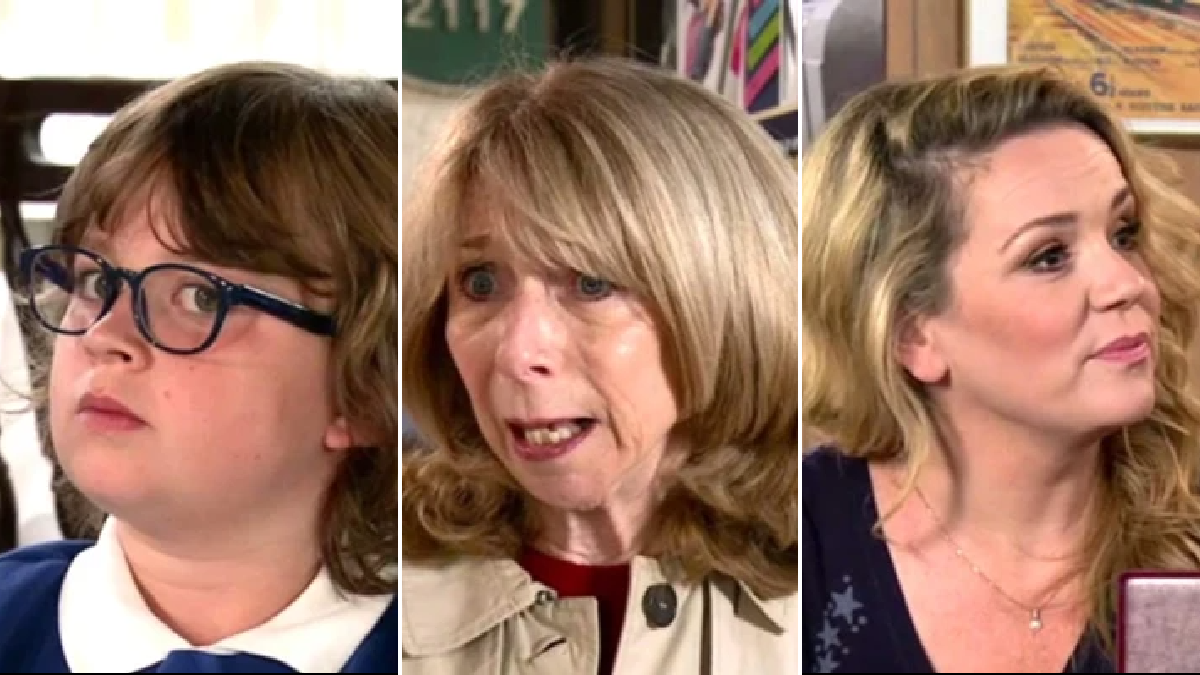 Just in case you’ve been living under a rock these past few weeks, there’s a very deadly week in Coronation Street on the way that’ll see the Platt’s sinkhole collapse and put many lives in danger.

Tonight, the ITV soap dropped another hint something terrifying was on the way.

With Natasha (Rachel Leskovac) preparing to buy Audrey’s (Sue Nicholls) salon, she sat in the café with Sam (Jude Riordan) tonight, readying herself for the new business venture.

However, when Gail (Helen Worth) turned up, Natasha’s new Weatherfield business plan was put on hold due to that pesky sinkhole.

After Natasha offered to pay for the repairs a few months ago, Gail asked whether she’d still be willing to help out as she can’t afford it.

Gail explained to Natasha and Sam that she’s been having a recurring nightmare over the sinkhole, and what does the nightmare entail?

Her house sliding into the giant hole.

‘Could that actually happen?’, Natasha asked.

Oh, Gail, if only you knew what’s to come.

On Monday, Abi (Sally Carman) told Tez (Stephen Lord) to ‘crawl back to the sewers with the other rats’ which is ironic, given the fact we know Abi will end up in the Victorian sewers with killer Corey (Maximus Evans) next week.