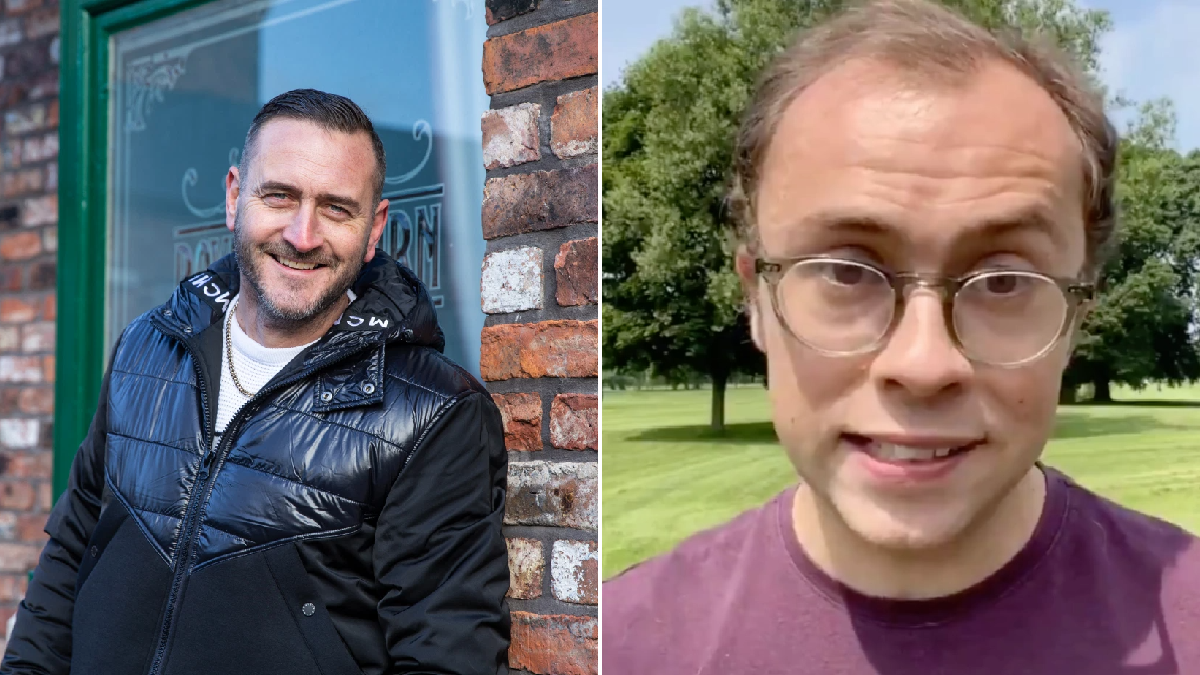 Coronation Street star Will Mellor has spoken about being disgusted by the trolls targeting Joe Tracini with suicide comments.

Will, who has been cast as drug lord Harvey in the soap, spoke on his and Ralf Little’s podcast ‘Two Pints with Will and Ralf’ about the online abuse Hollyoaks star Joe Tracini receives when talking about his mental health.

Will and Ralf’s podcast covers a wide range of topics, with the main message being to encourage more men to talk about how they are feeling, and after discussing the phenomenal It’s A Sin on Channel 4, Will and Ralf started speaking about grief and mental health, which led them to discuss Joe’s brilliant videos where he talks about his struggles.

Will and Ralf praised Joe for uploading the videos to his Twitter, where he speaks openly about living with BPD (borderline personality disorder) and how he has a voice in his head that tells him to end his life everyday.

On the podcast, Will said: ‘I messaged him saying “sorry you’ve got to go through all of this, but you are saving lives by coming out and talking about it.”

Ralf continued their chat, mentioning how along with positive messages from thousands of people thanking Joe for the videos, he also receives messages from trolls, with some even saying he is just attention seeking.

Will added: ‘I don’t understand how to open a social media account, you don’t have to show your drivers licence or passport. People need to be identified because this is racism, homophobia, whatever it is, these negative trolls need to be named and arrested or have charges pressed, because it’s killing people.’

After listening to the podcast, Joe tweeted Will and Ralf, thanking them for talking about him and his videos.

Both Will and Ralf replied, with Ralf saying: ‘You’re a legend Joe. Even if there’s a b*****d inside your head, there’s literally millions outside it that think you’re fantastic. Big love to you.’

And Will replied: ‘You’re a top lad joe and a massive voice for people dealing with mental health! Pls take care a thank you for sharing, you are saving lives.’

What The Real Life Partners Of These Peloton Instructors Look Like

VIDEO: Patrisse Cullors And Sybrina Fulton Discuss 5 Years Of #BlackLivesMatter And The Work Still Left To Be Done

8 Snubs and Surprises from the 2018 Emmy Nominations