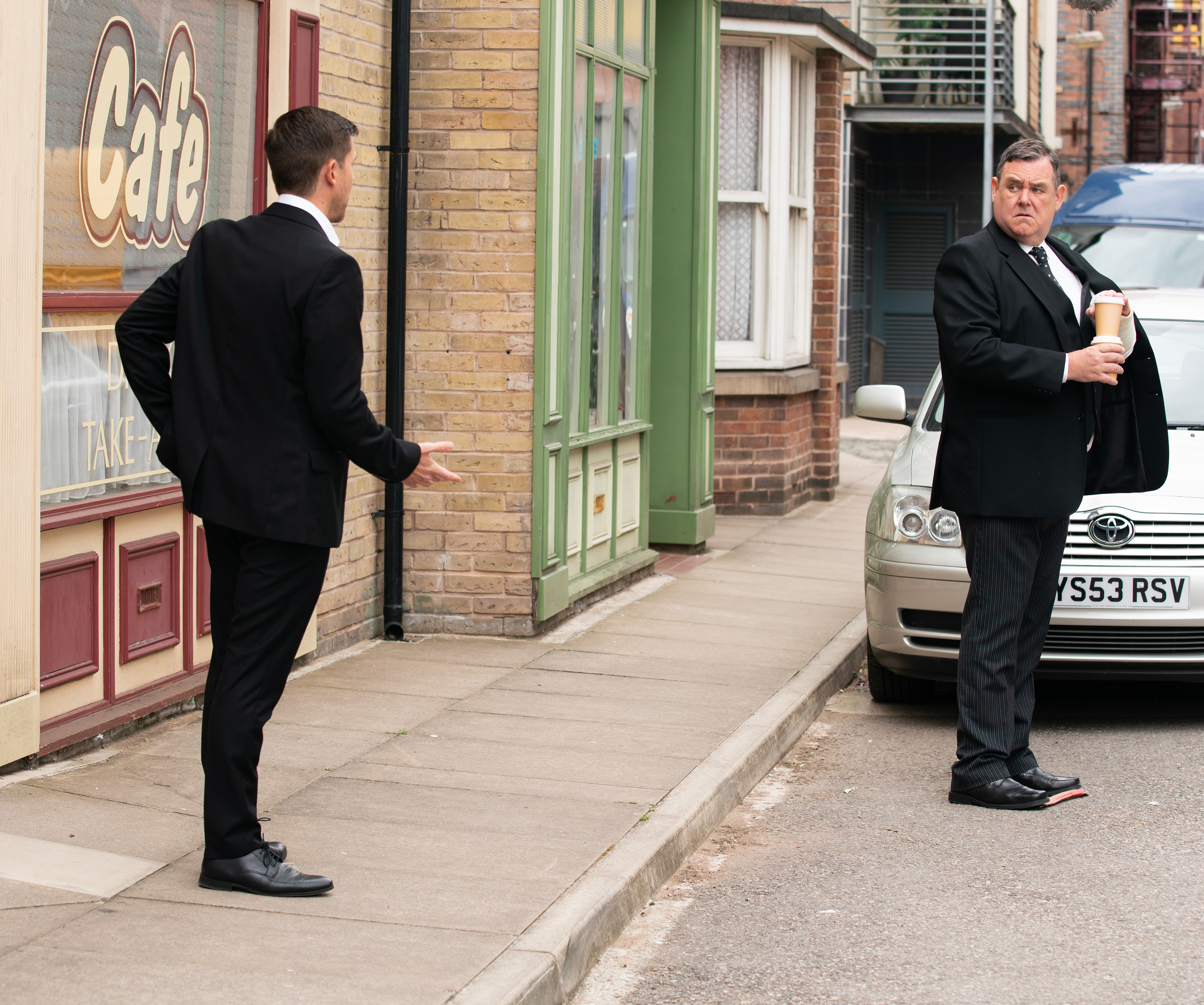 Coronation Street star Tony Maudsley has hinted at multiple deaths in the soap’s biggest week ever.

Weatherfield will live up to its name this autumn when a huge climatic event brings death and destruction.

As real and metaphoric storm clouds gather over the famous cobbles, characters will make plans for Halloween parties and holidays, completely oblivious to the tragedies that lie ahead – including the Platt’s sinkhole.

Information has been revealed ahead of this dangerous week and suffice to say everyone’s lives are in jeopardy.

The Platt’s sinkhole will collapse, Corey (Maximus Evans) and Abi (Sally Carman) will endure a huge showdown, Harvey (Will Mellor) will return, and Dev (Jimmi Harkishin) will be forced to face a harrowing ordeal when he must choose who to save from his crashed car first – Asha (Tanisha Gorey), or Aadi (Adam Hussain)?

But who will die?

We don’t know the answer to that, but has Tony Maudsley – who plays funeral director George Shuttleworth – hinted multiple deaths will occur?

Of course, this could simply mean George and Todd (Gareth Pierce) will be saying goodbye to one person…but ‘busy with his tape measure’ sort of hints there’s more than one death on the way…right?

Corrie Producer Iain MacLeod is certainly looking forward to the upcoming week: ‘What you can expect is truly massive. We talked about doing something in the autumn, where money is no object, we just go nuts, and show Coronation Street is back. I wrote down my outline and I thought there’s no way we can do it, it’s too ambitious.

‘When the crew said yep, I picked my jaw off the floor; we created something visual, dramatic, heartfelt and full of twists which I hope that will have some moments you will never see coming.’

What to look out for in 2019: Can anything stop the populism wave?