Countryfile aired from Herefordshire tonight as the hosts returned to give viewers their weekly fix of rural news. The show featured a segment on the impact of food production amid the coronavirus this evening as one guest urged people to stop panic buying during a discussion with presenter Tom.

Tom is known for hosting some of the more gloomy items on the show as last week he was seen investigating the impact of Brexit on the UK food trade.

This week, the host was back to give some insight into another pressing issue of late, the outbreak of COVID-19.

He was seen speaking to some of those involved in food production as to whether the virus would have a negative effect on the industry.

Tom noted: “Whether you live in the town or out here in the countryside, coronavirus has changed the way we live.

“And of course, that includes what we eat. From empty shelves, to shoppers queueing round the block, there are clear pressures facing the UK’s food supply. 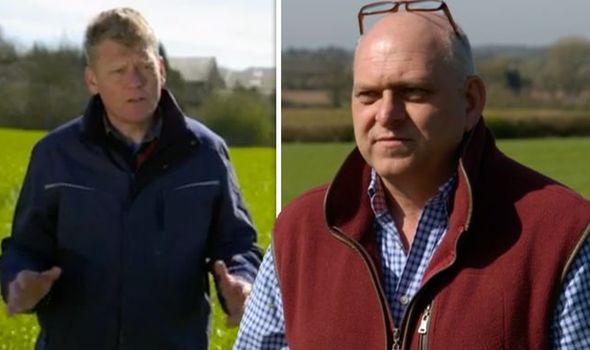 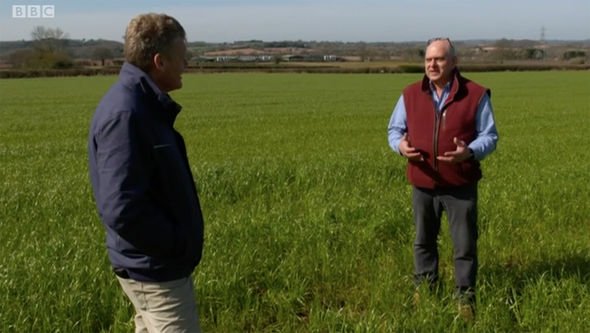 “So how are our farmers and food producers doing in the face of this unprecedented crisis? Well being mindful of the need for social distancing, I’m off to find out.”

Tom met up with Martin Williams, a farmer with nearly 40 years experience in the trade, who had been experiencing a tough year before the virus hit.

Martin explained: “We’ve lived through a period of flooding, last autumn was almost impossible to plant any crops. We’ve had seven floods in the Wye since December – some of the highest floods we’ve ever seen.

“So to come out of the Spring into this next event just seems unbelievable.” 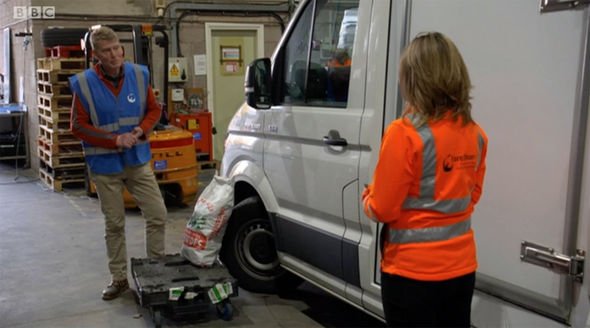 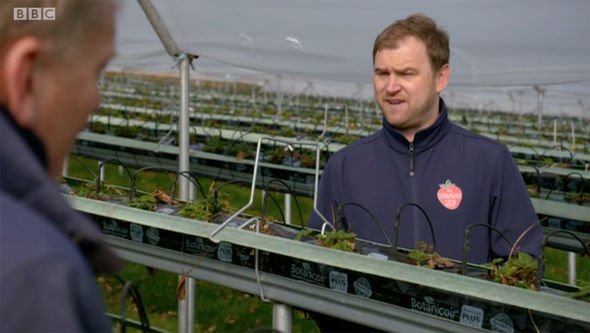 As Tom probed him on how the coronavirus had affected the farm so far, Martin added: “We’re having to take biosecurity a lot more seriously due to coronavirus.

“It is a big issue and social distancing is very vital at the moment in particular,” as Tom questioned Martin on supply.

The farmer noted: “Food is not short, that’s the message you can’t explain enough to people standing outside Tesco.

“There is food around, so don’t fret,” he continued as viewers were quick to react to the segment, taking to Twitter to express their views.

One wrote: “The positive thing coming out of this health crisis is that people realise they’ve the best fresh food right at their doorstep! Our lcl greengrocer and butcher haven’t been as busy for a long time! They’re a lifeline for the village we need to be the lifeline for them later #countryfile.”

Another added: “#Food #people #panicbuyinguk @BBCCountryfile #countryfile – The programme pushing a positive message – THE FOOD IS THERE! There is plenty to go around – if we are all sensible and fair. There’s no need to do more than a normal weekly shop!!! #plentyforall

A third commented: “@BBCCountryfile saying that the big impact of #Covid_19 isn’t on food production, its on food distribution- getting it to consumers. I’m sure that’s right. #countryfile.”

“The food is there #Countryfile,” shared another viewer.

As the programme continues to adapt to the ongoing outbreak and new government advice, host Ellie Harrison explained what was to come next week.

“There’s just time to let you know about the special programme we’ve got coming up next week – 24 hours in the lambing shed.

“We were able to get out just before coronavirus really kicked to bring you all the action as lambing got underway.

Hosts Helen Skelton and Adam Henson, who owns a sheep farm, will be amongst those involved with next weekend’s special.

The show issued a notice at the end of the episode tonight giving viewers further information about when it was filmed.

Reassuring viewers, the announcement explained: “The majority of Countryfile filming took place prior to government advice on self-isolation and social distancing.”

Countryfile continues on Sunday at 7pm on BBC One.