Magazine publisher Bauer Media has had a major win in its appeal over Rebel Wilson's defamation suit and will now have to pay the actress $600,000.

The final figure is significantly less than the $4.5 million the Pitch Perfect star had originally been awarded in damages after she was defamed in a series of magazine articles.

The Court of Appeal handed down its judgment in Melbourne on Thursday and Wilson was not present in court for the ruling.

She took to social media on Wednesday night to say regardless of the outcome she had "already won the case". 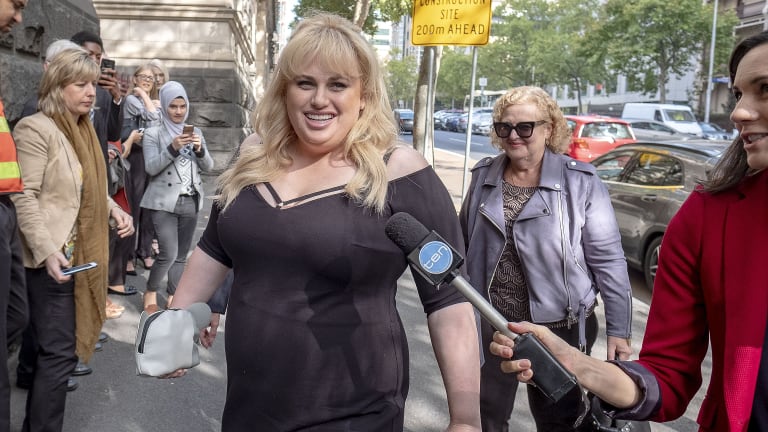 Rebel Wilson pictured outside the court of appeal in April.

"I'm away on location in Europe filming right now," she tweeted. "As I've said before, I have already won the case and this is unchallenged. While this case was never about the money for me, I do hope to receive as much as possible to give away to charities and to support the Australian film industry."

Wilson was awarded the largest defamation payout in Australian legal history last year over a series of articles that painted her as a serial liar.

At the time, Victorian Supreme Court Justice John Dixon said the 38-year-old should receive the "unprecedented" figure due to the financial loss she suffered as a result of the defamatory articles. However, on Thursday morning the Court of Appeal ruled it could not be determined that Wilson missed out on lucrative film contracts in the wake of the Woman's Day stories.

"The court is yet to determine the issues of interest and [legal] costs."

"It was important for us to revisit the award of damages," he said. "The legal process has [now] run its course."

Steve Bing's estate is hit with $30M demand from charity