Rachael Ray isn’t like so many other Food Network showhosts. She wasn’t educated at Le Cordon Bleu like Giada De Laurentiis. She didn’ttrain under world-renowned chefs like Gordon Ramsay. But what Ray lacks in education,she more than makesup for in personality.

She rose to fame showcasing “quick and easy” meals for busy families,leading to the creation of herhit Food Network show 30 Minute Meals. It aired from 2001 through2012. In 2019, the popular cooking segment was rebooted.

The only problem? Critics and fans are not loving the newversion. 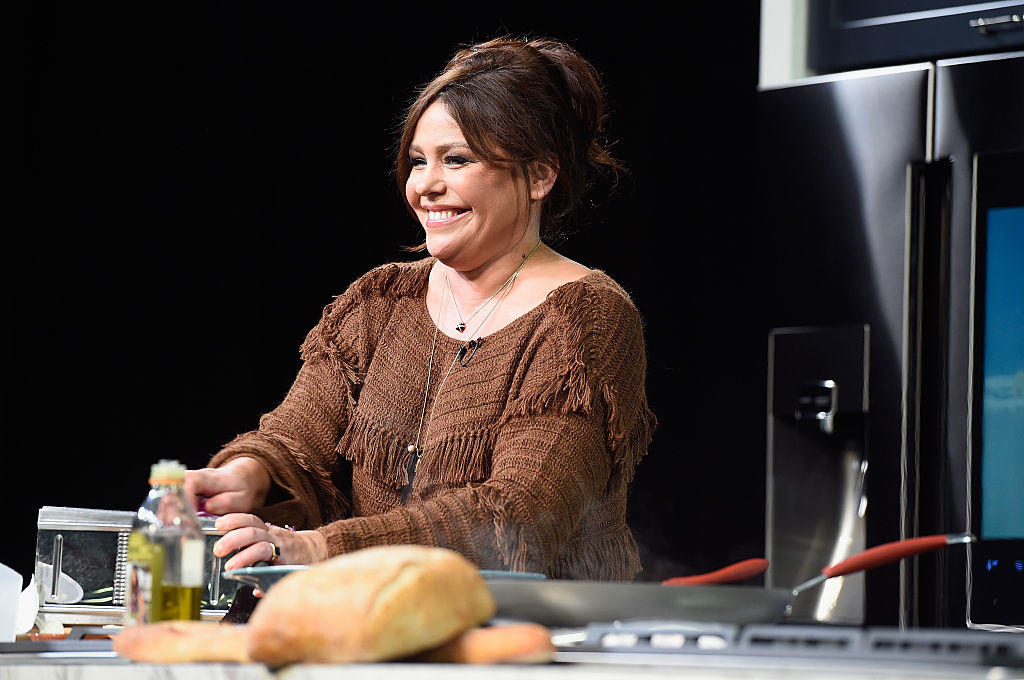 Fans connected with the accessibility Ray presents alongwith her fun, quirky personality and made-up catchphrases. Like Guy Fieri andhis “funkalicious,” Rachael Ray createdher own language. And her fans couldn’t get enough of it.

A few words the best-selling cookbook author created include EVOO, short for extra virgin olive oil, “stoup” (a cross between stew and soup), and exclaiming “Yum-o!” upon eating something delicious, just to name a few. But Ray is not charming current audiences with her 30 Minute Meals reboot.

You're blowin' up my DMs!! One of my most-asked questions is how to handle… ginger?! Here you go! ?

Food Network touted the new version of 30 Minute Meals, which premiered in 2019, as a “jam-packed season” filled with new recipes and ideas. The new episodes were offered in a different format, streaming on Food Network’s TV Everywhere platform and the Food Network app.

But critics didn’t love it. Foodsided didn’tmince words when they called it “an unmitigated, unwatchable disaster.”They wrote, “When we watch the reboot, we see a disinterested, disheveled hostwho projects as much joy as someone headed into a wisdom tooth extraction. Theonce cutesy attempts at humor fall flatter than a crepe.”

Fans expressed similar sentiments on Google reviews. “Gone is the vibrant peppy person we all know and love,” one person said. “Her demeanor is so off and frankly not entertaining at all,” another agreed. “Gone is the bubbly relatable woman. She’s been replaced by a growling, irritated, possibly impaired middle-aged frump. Beyond disappointing.”

They also point out how Ray doesn’t look polished

One curious criticism that fans pointed out had to do with Ray’s hairstyle. The review said, “Ray’s hair is so unwieldy that we can’t help but hope that nobody on the show’s crew feels obligated to eat that week’s meal once the camera stops filming. One would think that Food Network could afford to get Rachael a hairnet.”

A Google reviewer had the same observation. “Please don’t let the hair hang down into the cooking,” they said.

I’ve never been closer to a hip hop legend…or a Supreme Court Justice! ? Thank you @flourshop for the belated birthday surprise ????

Even if the reboot of her famous show has mixed reviews, Ray is still making plenty of money from sales of her cookbooks by the same name. And no matter what critics say, she enjoys a massive following of fans who appreciate the ease of whipping up her version of quick, delicious meals for their families.

Not every show is worth rebooting. But 30 Minute Meals will always be a classic!