Australia's "Crocodile Hunter" Steve Irwin has been awarded a "star" on the Hollywood Walk of Fame, almost 12 years after his tragic death in a filming accident. 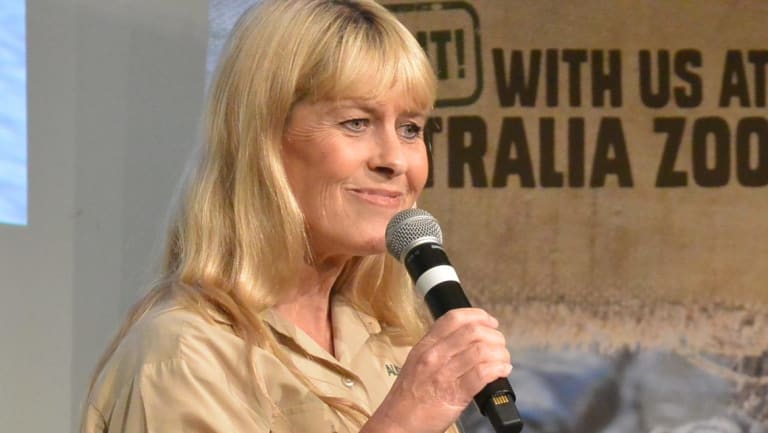 "We're thrilled that so many people have joined us today in khaki to celebrate," Terri added. "It's wonderful that there are lots of people back home on the Sunshine Coast celebrating too."

The couple's eldest child, daughter Bindi, 19, who has followed in her fathers footsteps and become a wildlife television presenter, said it was a "wonderful moment for our entire family.

"Dad changed the world by reaching out to people through their television screens to bring them on the adventure of a lifetime," Bindi said. "To have his name on a Hollywood star means the world as we carry on his important work."

Bindi added that her father would have been "thrilled" that his star was adjacent to the star awarded to singer Johnny Cash.

Irwin's 14-year-old son, Robert, said his father remained an "inspiration to not only me, but to so many other people around the world.

"This tribute just shows how great his work was and that his impression on people will last for generations to come," Robert said.

Hundreds of fans gathered to watch the installation ceremony on Hollywood Boulevard, as well as a number of high-profile Australians, including comedian Rove McManus and chef Curtis Stone. Both McManus and Stone sat with the Irwin family.

Though not explicitly stated, that most likely means both contributed to the US$40,000 price tag a commemorative star commands.

The hefty price tag is spent, according to the Hollywood Chamber of Commerce, which administers the Walk of Fame, on "the creation and installation of the star as well as maintenance of the Walk of Fame." 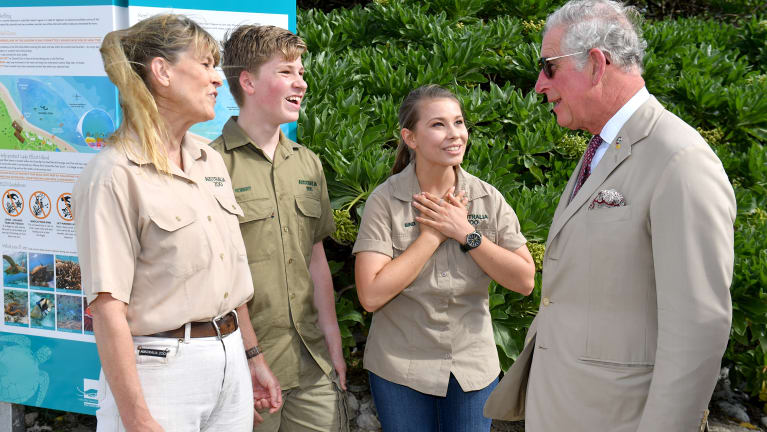 There are more than 2600 stars on the Walk of Fame, awarded in five categories: motion pictures, televsion, music, broadcast radio and theatre or live performance. Roughly half of those awarded are in the motion picture category.

Approximately 20 new stars are added each year, one of which is usually a posthumous award; posthumous nominations are not usually permitted until at least five years after the date of the recipient's death.

The rules do not prohibit a star from being awarded to an individual in multiple categories: actor/singer Gene Autry, for example, has a star in each of the five categories, while Bob Hope, Roy Rogers, Mickey Rooney, and Tony Martin have stars in four.

During his lifetime, Irwin, with wife Terri, filmed more than 300 episodes of The Crocodile Hunter. The international success of the series made the Irwins household names, particularly in the United States.

Toyboy, 26, beat retired Briton, 62, to death with shovel in Bulgaria